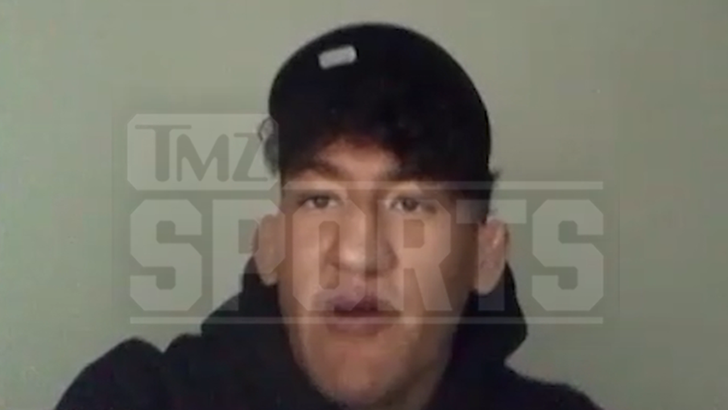 As if making history wasn’t enough for Raul Rosas Jr., the youngest UFC fighter ever tells TMZ Sports he wanted to return to the Octagon just 7 days after beating his opponent in the very first round!

Of course, at just 18 years and 63 days, Rosas Jr. etched his name in the record books when he stepped foot in the cage, becoming the youngest fighter to ever scrap in the UFC.

But, he didn’t just show up … Raul won, and needed just half a round to beat Jay Perrin, a 29-year-old full-grown adult. 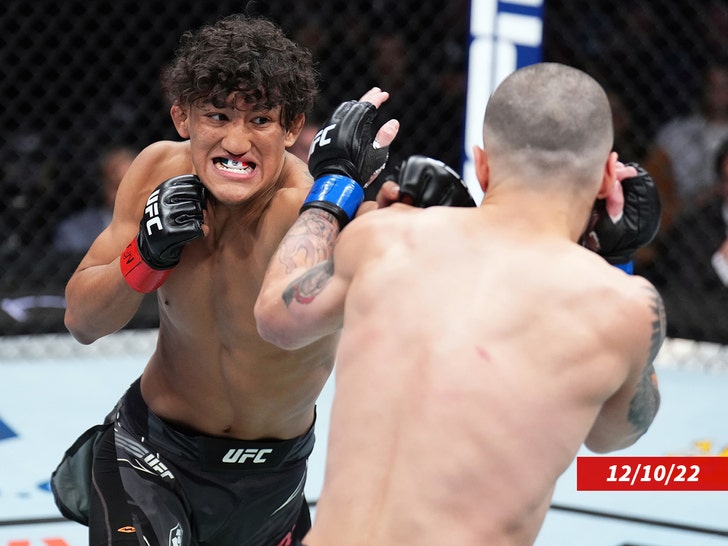 And, when we asked Rosas Jr. when he wanted to fight again, it’d be an understatement to say he didn’t want to wait very long.

“Thank God I was able to come out the same way I stepped in which was with no injuries. Thankfully, I feel good, and hopefully, I’m talking to my manager, seeing if I’m able to get a fight this weekend at the APEX. I know there’s a show going on,” Raul said.

Rosas Jr. signed with the UFC after Dana White offered him a contract following his Contender Series fight in September … a unanimous decision win over a 25-year-old opponent named Mando Gutierrez.

After his UFC 282 fight, Raul said he wanted to buy his mom a new van so she could drive him around.

We also talked to Raul about the van (he’s getting it) and much more … including how his friends reacted to their buddy winning in the UFC.

Check out the clip!