A$AP Rocky released from jail on $550,000 bond after arrest over LA shooting 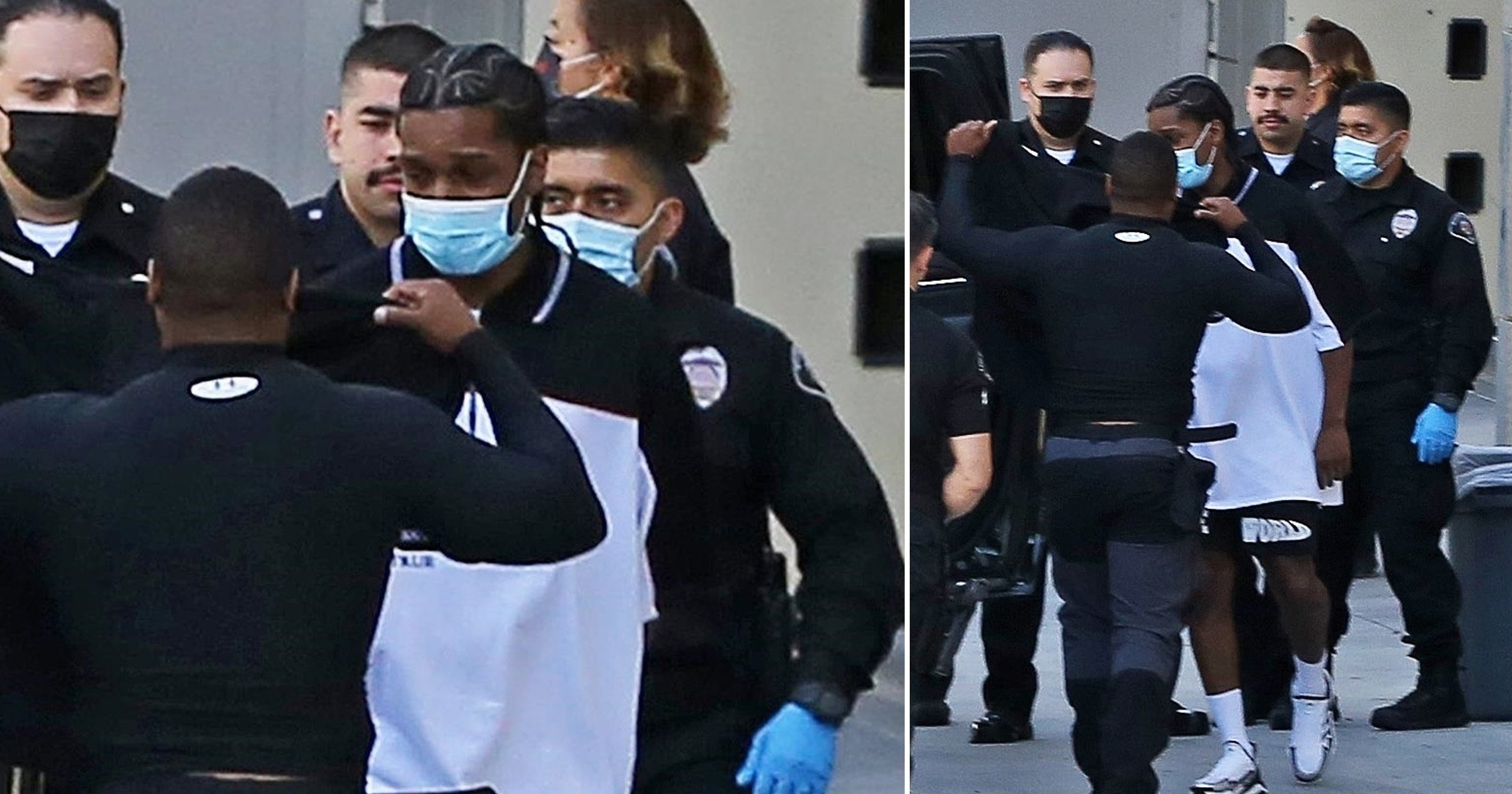 A$AP Rocky has been released from jail on bond after he was arrested at LAX airport in connection with an alleged shooting.

The rapper was released on a $550,000 (£421,000) bail after the LAPD used a battering ram to force their way into his home, various US outlets have reported.

Police were seen at his home, with one detective appearing to take evidence in a cardboard box.

Yellow tape was put up outside, with police cars and a number of officers on the scene.

Rocky was also seen leaving jail and getting into a black SUV a few hours after he was arrested.

The 33-year-old had just returned from a holiday in Barbados, where he was joined by pregnant girlfriend Rihanna, when police took him into custody at the Los Angeles airport.

Rocky’s lawyer, Alan Jackson, is said to have confirmed that the arrest was in relation to a shooting in November 2021.

The star – real name Rakim Mayers – had been under investigation by the Los Angeles Police Department but this had not been public knowledge.

The LAPD has now confirmed details of the alleged shooting and Rocky’s arrest.

The incident is said to have taken place on November 6 near Selma Avenue and Argyle Avenue in the Hollywood area at around 10:15pm. It’s claimed Rocky and the alleged victim were ‘acquaintances’.

In a press release, the department said: ‘The argument escalated and resulted in the suspect firing a handgun at the victim.

‘The victim sustained a minor injury from the incident and later sought his medical treatment. Following the shooting, the suspect and two additional males fled the area on foot.

‘Detectives worked diligently to investigate and corroborate the reporting information which helped identify the suspect(s) involved. The suspect has been identified as 33-year-old Rakim Mayers, a Los Angeles resident, also known as music artist A$AP Rocky.’

They added: ‘Early this morning, LAPD officers arrested Mayers for assault with a deadly weapon (firearm) at the Los Angeles International Airport. This case will be presented to the Los Angeles County District Attorney’s Office for filing consideration.’

The arrest came just hours after Rocky enjoyed a holiday to Barbados with Rihanna, who is expecting the pair’s first child.

The couple announced the pregnancy in February and the We Found Love singer is due to give birth this spring.

They recently faced scrutiny after claims that Rocky had cheated on Rihanna, however, the rumours were quickly branded false.

Rumours mounted on social media that Rocky had been romantically involved with shoe designer Amina Muaddi, but she soon shut down the reports.

In an Instagram post, she wrote: ‘I’ve always believed that an unfounded lie spread on social media doesn’t deserve any response or clarification, especially one that is so vile.

‘I initially assumed that this fake gossip – fabricated with such malicious intent – would not be taken seriously. However in the last 24h I’ve been reminded that we live in a society that is so quick to speak on topics regardless of factual basis and that nothing is off limits.

‘Not even during what should be one of the most beautiful and celebrated times in one’s life. Therefore I have to speak up as this is not only directed towards me but it is related to people I have a great amount of respect and affection for.

‘While Rih is continuing to live her serene, best dressed pregnancy life and I go back to my business – I wish everyone a beautiful Easter weekend!’

If you’ve got a celebrity story, video or pictures get in touch with the Metro.co.uk entertainment team by emailing us celeb[email protected], calling 020 3615 2145 or by visiting our Submit Stuff page – we’d love to hear from you.