This Morning: Alison Hammond and Dermot open the show

Alison Hammond and Dermot O’Leary have made their long-awaited return to This Morning as new Friday hosts, replacing Eamonn Holmes and Ruth Langsford. The pair opened the programme with a discussion on the former’s live karaoke sessions.

Alison has since broken her silence about her appearance, as the 45-year-old admitted she had a “blast”.

Taking to Instagram, the former Big Brother star opened up about her This Morning return and expressed her delight to be back on-screen.

Sharing a snap alongside co-host Dermot, she could be seen beaming at the camera. 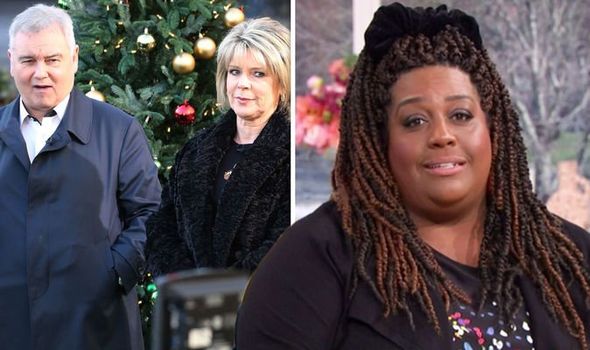 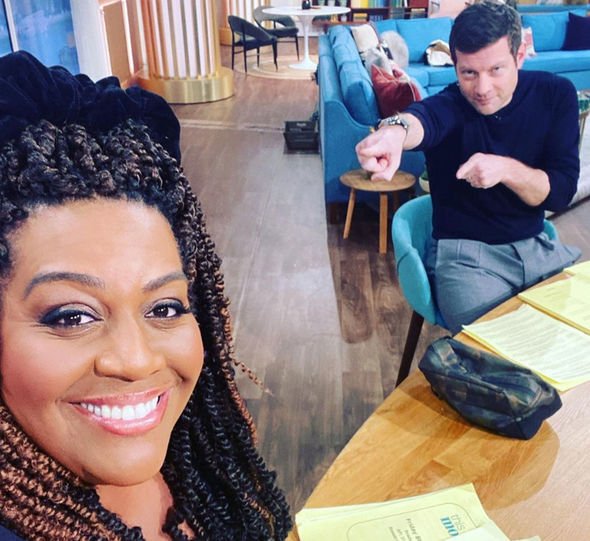 “Thanks to the amazing @thismorning team for such a great show! Just loved my @radioleary!

“Can’t wait for social distancing to be over so I can just put him in my pocket.”

She finished: “Happy Friday Folks. Have a great weekend.”

Fans and celebrity pals alike offered their well wishes to Alison on her first day back at This Morning. 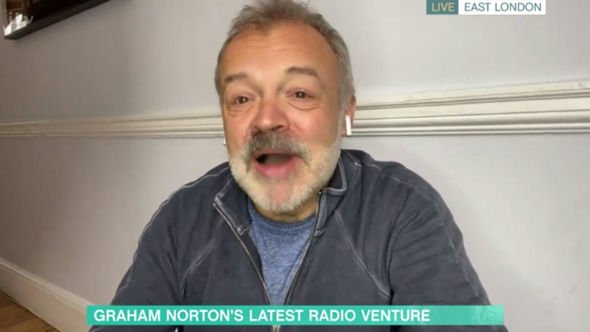 Some fans echoed a similar sentiment as they congratulated Alison on the gig.

However, her comments came after the duo’s first show appeared to leave viewers divided after a few blunders. 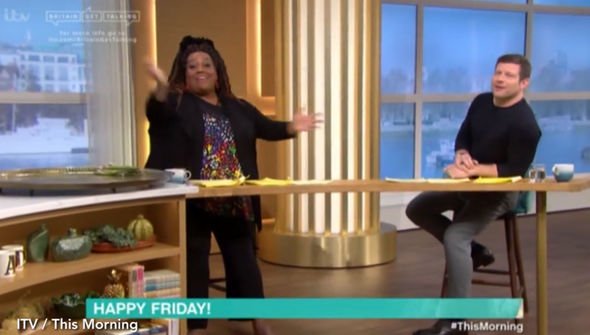 The pair chatted to the veteran broadcaster about his new show on Virgin Radio, with Alison gushing: “I love you last time I saw you, you were with your dog, have you still got it?”

Alison went on to mistakenly ask Fay Ripley about her two sons, only for the actress to clarify she has a son and daughter.

Viewers were quick to take to Twitter, with some praising their “chaotic” style, while others called for Eamonn and Ruth’s return.

One person said: “Feel like Dermot and Alison need to find their stride. They need segments that bring out their best presenting sides. Why not split it so they host alternative Fridays with another person to see if it is a pairing issue?”

Another tweeted: “I love @AlisonHammond and @radioleary but this just doesn’t work… I watched a bit out of interest but it reminds me when they put Twiggy and Coleen Nolan together… awkward and stilted…”

Others were full of praise for the duo, as another said: “Loved you both. Did so well. Lets face it though that was a given. Nice one guys.”

Another said: “OMG. Alison Hammond already being iconic on This Morning.”(sic)

A third added: “Great show. It’s hard to replace Ruth and Eamon but change is good as well. Best of luck.”

“As a nation, we will be forever indebted to Big Brother for introducing us to Alison Hammond,” a social media user added.

This Morning airs weekdays on ITV at 10am.

END_OF_DOCUMENT_TOKEN_TO_BE_REPLACED

END_OF_DOCUMENT_TOKEN_TO_BE_REPLACED
We and our partners use cookies on this site to improve our service, perform analytics, personalize advertising, measure advertising performance, and remember website preferences.Ok