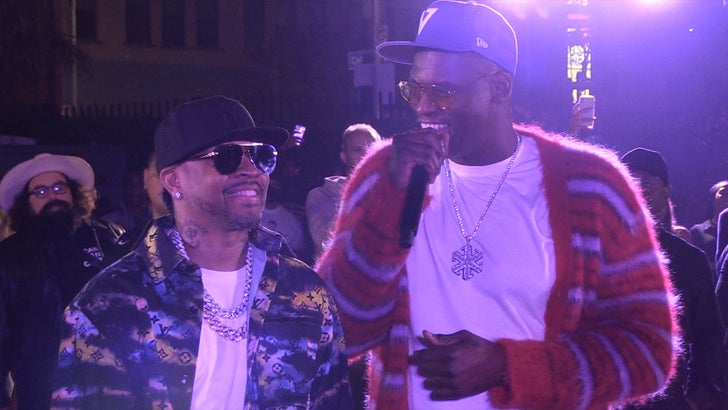 Allen Iverson has crossed over into the weed game — the NBA legend has teamed up with Al Harrington to introduce his very own cannabis line … and was honored by his new biz partner with a pretty powerful speech.

“The Answer” hosted a bunch of his celebrity fans for the official launch of his Indica-dominant flower — dubbed “96” to reference the year he was drafted — with Harrington’s Viola Brands in L.A. this weekend … and there was plenty of music, drinks, a basketball court and oh yeah, WEED.

“Obviously, we here because we celebrating my brother, Bubba Chuck, AKA Allen Iverson,” Harrison said in front of the packed crowd.

“Not too many people get to do collabs with icons. You know what I’m saying. And, we all know Allen Iverson is an icon,” AH added.

Harrington explained the decision to link up … saying he wants icons like AI to help take over an industry that lacks black representation. 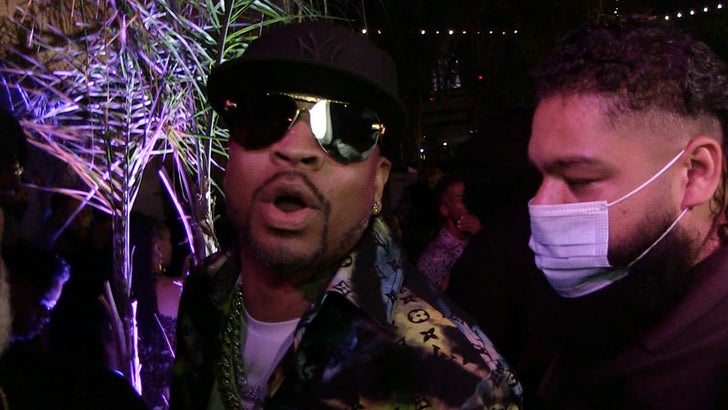 Harrington even gave AI a customized bottle of Dom Pérignon as a sign of his appreciation … and it was so pretty, Iverson had to give it a smooch!

We also talked to AI about why he wanted to start a weed brand … and he’s got a pretty great reason.

The NBA Hall of Famer had one final message for everybody as he embarks on this next chapter — “Live your life. You only live once.”