Lisa Rinna is sharing her thoughts on her daughter, Amelia Gray Hamlin’s, relationship with Scott Disick.

The 19-year-old model has been romantically linked to the 37-year-old reality star since they were first spotted together last November.

On Tuesday, Rinna, who shares Amelia with her husband Harry Hamlin, took to her Instagram Stories to poke fun at her daughter’s fling.

Posting a paparazzi photo of Amelia and Scott walking on the beach together with the Keeping Up With the Kardashians star wearing a bucket hat, Rinna wrote, “Welp, we both seem to share a love of bucket hats.”

She then made a split image of herself and Disick both rocking bucket hats and adding a laughing/crying emoji. 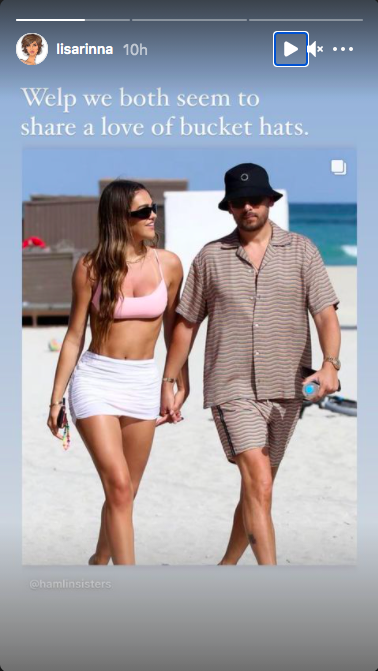 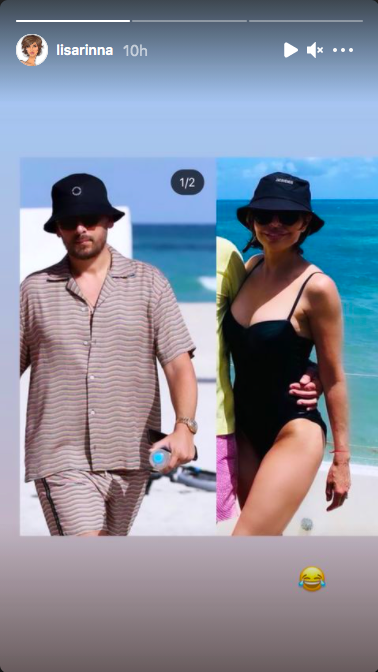 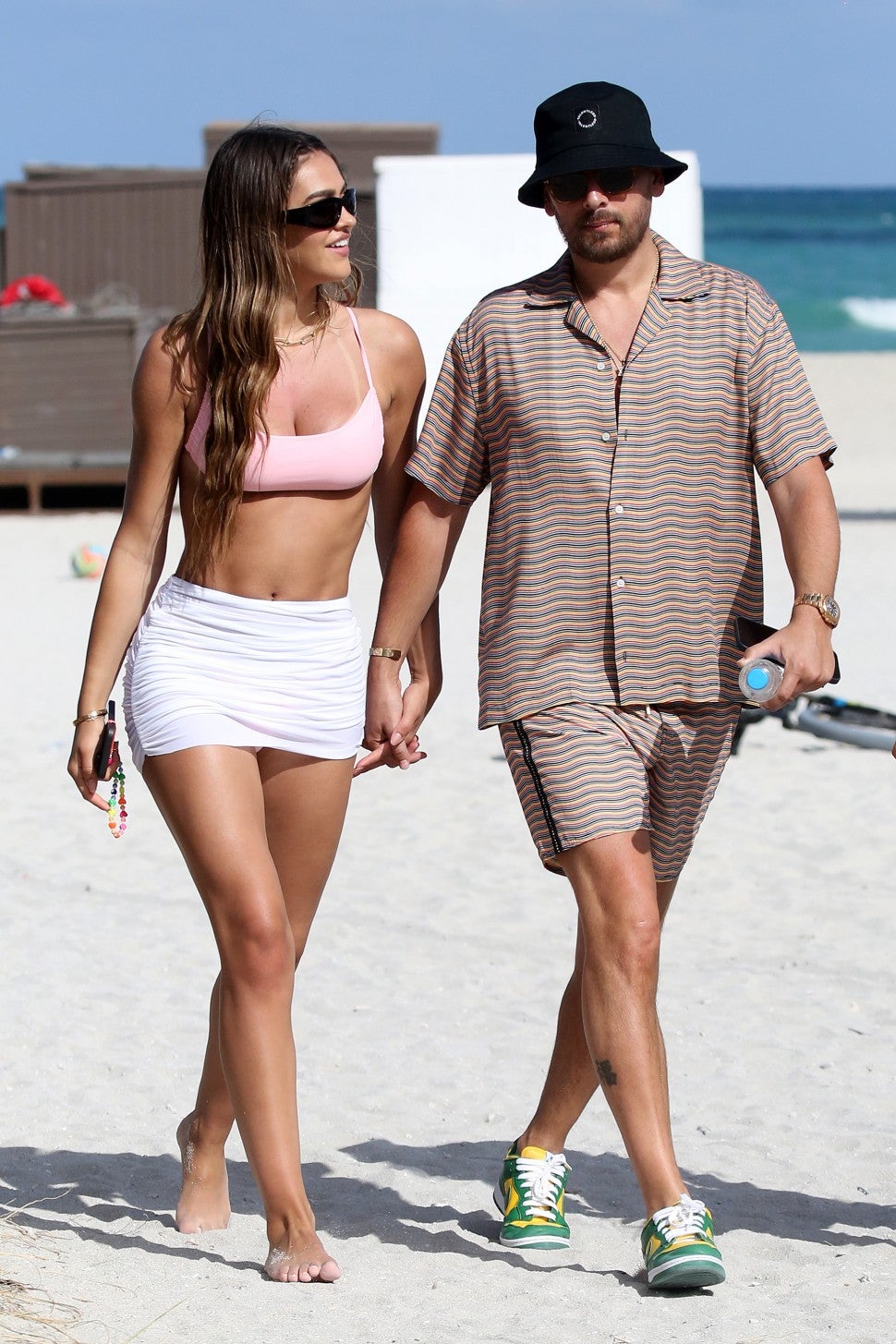 Since they were first linked, things have seemingly heated up between Amelia and Scott as they’ve been spotted on vacation together multiple times.

A source recently told ET that the father of three is planning a temporary move to Miami for “a change of scenery [and] pace,” and that Amelia would go with him.

“Amelia is planning on moving in with him. Scott was lonely when he and Sofia [Richie] broke up, which is one of the reasons he and Amelia got together so quickly,” another source said. “They’ve been getting a bit more serious for now. Scott has been having a good time with Amelia.”

Both Sofia and Kourtney Kardashian, Scott’s other famous ex, have moved on romantically. Sofia is dating music executive Elliot Grainge, while Kourtney is getting “way more serious” with drummer Travis Barker. Watch the clip below for more.