Anna Duggar to Fans: I Forgave Josh, So Y’all Should Too! 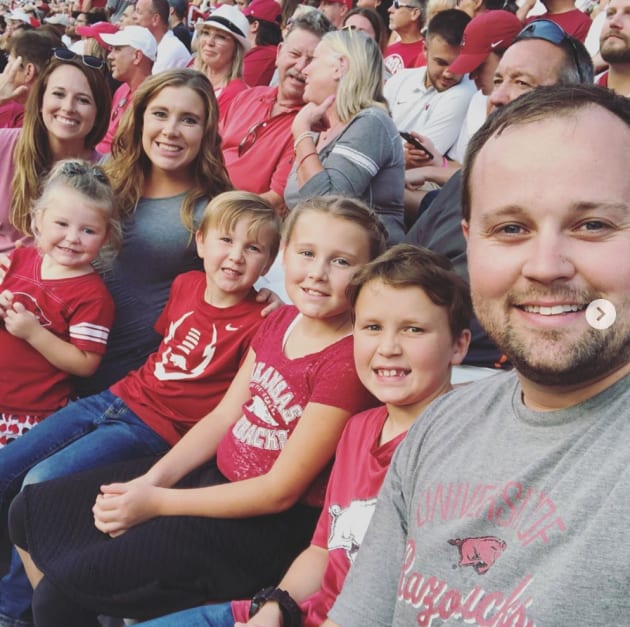 As you probably already know, Josh Duggar is the absolute worst.

It goes without saying that he’s the worst member of his famous family, but he might also be the worst reality star in the entire sordid history of the genre.

“Worst person currently drawing breath” might be a bit of a stretch, but Josh is a contender for worst Arkansas resident, which is really saying something.

Anyway, the point is, the guy is bad. Really bad.

So bad, in fact, that it often seems as though his own family wants nothing to do with him.

In the wake of the Josh Duggar sex scandals, the rest of the Counting On clan wisely decided to distance themselves from Josh.

Of course, the only way that Anna Duggar could do that would be to divorce Josh, which would make her a social pariah and force her to figure out some way to support six kids in a community in which women are virtually forbidden to work.

And so, she’s chosen a different tactic.

Anna has launched a campaign to convince the world that Josh really isn’t all that bad.

The Josh comeback tour has been going on for months, and unfortunately for Anna, it hasn’t been terribly effective.

She seems to have adopted a “slow and steady” approach to the problem, gradually reintroducing Josh to her social media followers by posting pics of him with increasing frequency.

The more wholesome and ‘Murican the setting for these pics, the better.

And so, it was no surprise when Anna posted the above photo of her idiot husband at an Arkansas Razorbacks game over the weekend.

“Little Duggars” is something that she and her sisters-in-law are trying to make happen, probably with an eye toward securing a reality TV deal for the next generation of fundamentalists in a few years time.

Everything the Duggars do is motivated at least in part by concern for their public image and earning potential.

Which is why when Anna starts posting more and more photos of her husband, we can’t help but think the goal is to restore his reputation.

After all, Anna is pregnant with her sixth child, and Josh’s current gig working on a used car lot probably isn’t providing the sort of lifestyle she’s accustomed to.

Unfortunately, Josh is not exactly a good luck charm — either for Anna or for Arkansas football fans.

The Razorbacks lost the game to San Jose State, despite being favored by more than 20 points.

Come to think of it, Arkansas has suffered several such stunning losses in the years since Josh’s scandals went public.

We’re not saying you should ban him from future games, Razorback fans … but we’re not not saying that, either.

END_OF_DOCUMENT_TOKEN_TO_BE_REPLACED

END_OF_DOCUMENT_TOKEN_TO_BE_REPLACED
We and our partners use cookies on this site to improve our service, perform analytics, personalize advertising, measure advertising performance, and remember website preferences.Ok