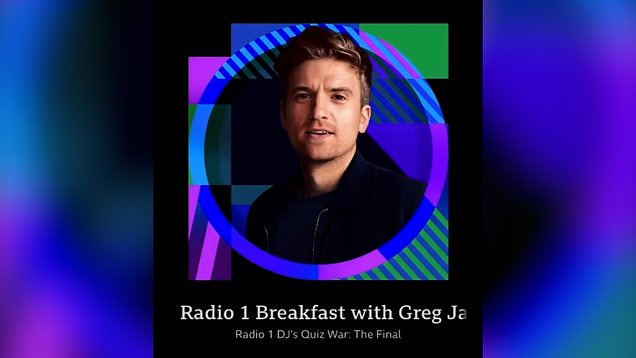 Working from home during lockdown has been a pain for many of us, but at least it has gifted us many ‘children interrupting live interviews and news programmes’ moments.

The latest to fall prey to little ones stealing the show is Annie Mac, whose four-year-old son walked in during a live radio interview to demand that his mother wipe his bum.

The DJ, who has quit BBC Radio 1 after 17 years, was speaking to Joanne Good on BBC Radio London to promote her new book Mother Mother, when her youngest son ‘waddled’ into the room.

Annie said: ‘Uh-oh, my kid’s just walked in’, and her child was heard saying: ‘I need a poo-poo but I don’t want my grandma or grandpa to wipe my bum.’

Jo cracked up laughing as Annie apologised: ‘I’m the only person who can wipe his bum apparently.’

Annie posted the clip to Instagram and Twitter and explained: ‘Live radio interview yesterday with Jo Good on @bbcradiolondon interrupted by my kid protesting that I wasn’t there to wipe his bum.

‘I saw him walk down the garden towards me, I knew it was going to happen because everyday he comes home from school and does his ‘ablutions’ and I have to wipe him and today his grandparents were looking after him and he wasn’t having it.’

Fans and friends were in stitches, leaving crying laughing emojis under the post.

At least Annie is in good company – last year, Sky’s foreign affairs editor Deborah Haynes had to fend of her son asking for biscuits live on air, while Dr Clare Wenham’s interview on BBC News was hijacked by her daughter moving around a picture of a framed unicorn.

Sophie Ellis-Bextor’s son simply had to talk about marmalade during her bBC interview – and of course, we can never forget the original and the best – both of Robert Kelly’s children crashing his BBC News interview in 2017, with their mother rushing in to drag them out. 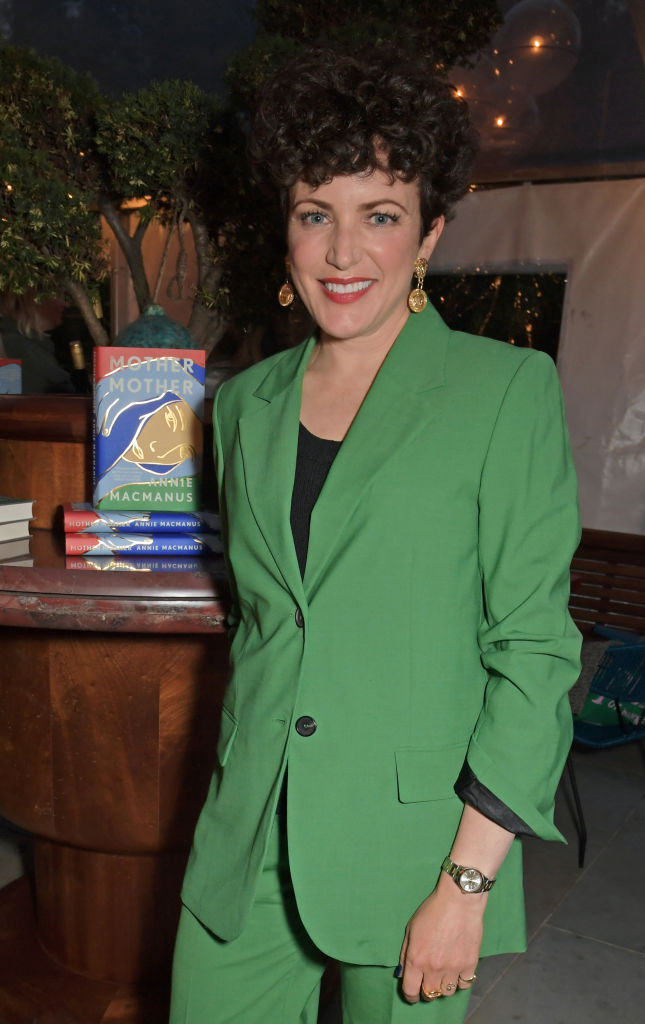 Annie has two sons, aged seven and four, with husband of three years Toddla T, and confirmed that she is leaving Radio 1 not only to focus on other projects, but to spend time with her family.

She said in a statement: ‘I need more time to see my kids in the evenings now they are both in school. I would like more time to write fiction and to create podcasts. I also love the idea of leaving the party (and make no mistake, working at Radio 1 does feel like a party) with a huge smile on my face, when I’m still having the most fun I can have.’

The DJ’s last show will air on July 30, with Clara Amfo taking over as the host of Future Sounds.

Mother Mother, a fiction novel about addiction and family ties tells the story of Mary McConnell, who ‘grew up longing for information about the mother she never knew, who died suddenly when Mary was only a baby. Her brother Sean was barely old enough to remember, and their father numbed his pain with drink. Now aged thirty-five, Mary has lived in the same house her whole life. She’s never left Belfast. She has a son, TJ, who’s about to turn eighteen, and is itching to see more of the world.

‘One Saturday morning, TJ wakes up to find his mother gone. He doesn’t know where – or why – but he’s the only one who can help find her.’