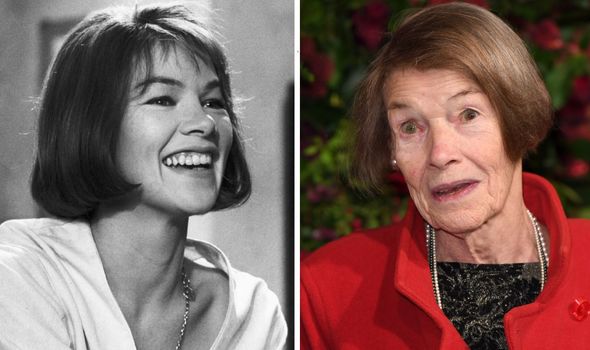 The mother of one looks sophisticated and chic with her bob hairstyle as she beams with a bright smile in the black and white photo.

GLENDA JACKSON left fans gushing over an unearthed photo during her acting heyday.

The black and white photo was posted to the official BFI Twitter page.

The accompanied caption shared a quote from the 85-year-old icon, which read: “Acting is about stripping bare. The whole essence of learning lines is to forget them so you can make them sound like you thought of them that instant – Glenda Jackson.”

The Women In Love star looked breathtakingly stunning as she beamed with joy, while sporting her hair in a short bob style.

Fans were quick to leave their reactions as they heaped praise on Glenda’s good looks.

Another fan, @chinch32core, added: “Wow, Glenda was and remains one of the most beautiful actresses whose films I’ve thoroughly enjoyed over the years.”

The former junior transport minister, who held the position between 1997 and 1999 during the government of former Prime Minister Tony Blair, is one of the most critically-acclaimed British actresses in the world.

Glenda has starred in many hit films in the 60s and 70s, including A Touch of Class, Sunday Bloody Sunday and the short-lived TV series Elizabeth R.

For the latter, the mother of one went on to bag two Primetime Emmy Awards, after delivering a superb performance playing Queen Elizabeth I.

It’s unclear when the photo was taken, but given the hairstyle, it’s presumed to have been taken in the 70s.

The actress-turned-politician is no stranger to bob hairstyles

Glenda jackson sported a short hairtstyle for several of her movies, which many considered her signature look.

She looked unrecognisable when she grew her hair out

When she wasn’t working, Glenda Jackson often grew her hair out, as seen in the photo above.

She remains one of the most successful actresses of her time

Glenda has won dozens of accololades throughout her career, including a Tony Award for Best Actress in the motion picture Three Tall Women.

An actress who was far from one-dimensional

Glenda took on movie roles from all genres, seen here with the late Oliver Reed in their 1969 film Women in Love.

One of her biggest roles came in 1971 for the Britsh flick Sunday Bloody Sunday.

For her part in Elizabeth R, Glenda went on to win two Primetime Emmy Awards.