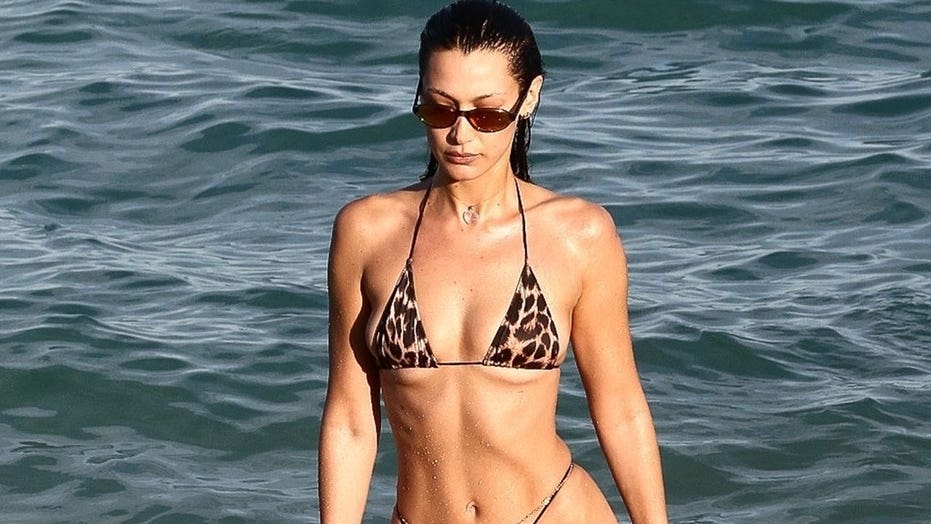 Bella Hadid showed off her toned body in an animal print bikini while enjoying a beach day in Miami.

Hadid was spotted taking a dip in the water while apparently accompanied by her boyfriend, Marc Kalman.

The model accessorized her look with sunglasses and a red cowboy hat. 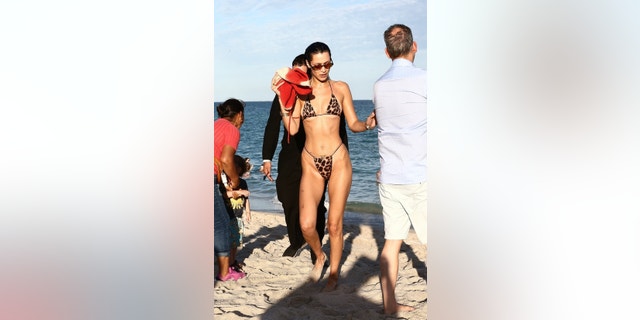 Supermodel Bella Hadid gets cheeky in a cheetah print bikini for a day at the beach with her beau, Marc Kalman. Bella accessorized her beach look with a red cowboy hat that complimented her animal print swimsuit.
(Backgrid)

Hadid and Kalman were first linked to each other in June. The couple met through friends, according to The Sun.

Shortly after the two were linked, Hadid began sharing photos that included Kalman on her social media, seemingly cementing their relationship.

Hadid, 25, first found success when she was just 17 and said she found it difficult to balance a public persona with her own personality. 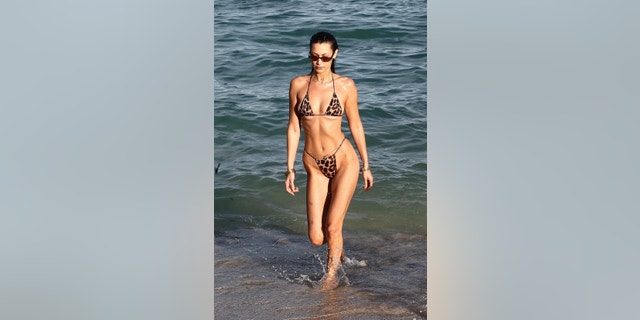 Hadid took a dip during the beach outing.
(Backgrid)

“It’s like there were two Bellas — me, this person in the process of figuring out who she was, and ‘Bella Hadid’ the alter ego, who was, I dunno, a sexbot who goes out every night?” she explained.

Hadid said that her “insane social anxiety” has turned her off from partying to maintain such an image. 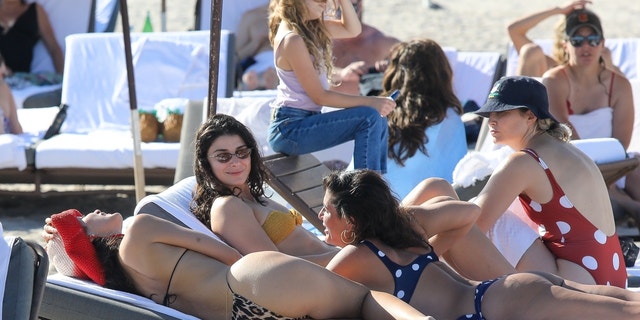 Hadid enjoys time in the sun with friends.
(Backgrid)

“I felt enormous pressure to project that image because I assumed that’s all people wanted from me,” she added. “Now I don’t want to live in that box. I definitely feel like I’m allowed to speak.”

Hadid is something of modeling royalty. She’s the daughter of Yolanda Hadid, who modeled around the world for several years before settling down with real estate developer Mohamed Hadid. Yolanda, 57, has since appeared on a number of reality shows including “Making a Model with Yolanda Hadid” and “The Real Housewives of Beverly Hills.”