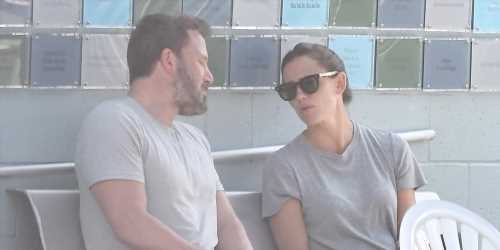 The 46-year-old Gone Girl actor and the 47-year-old Peppermint actress were spotted bringing their children (not pictured) to swim class on Wednesday (August 7) in Brentwood, Calif.

PHOTOS: Check out the latest pics of Ben Affleck

The two were seen chatting as they watched their kids poolside.

Jennifer recently spoke out about her family and being in the public eye.

“It’s so gnarly to be a kid now. I guard my kids’ privacy as much as I possibly can, and I’ve never posted pictures of them on Instagram. I used to refuse to say their names during interviews — but everyone knows their names!” she said. Find out what else she said!

END_OF_DOCUMENT_TOKEN_TO_BE_REPLACED

END_OF_DOCUMENT_TOKEN_TO_BE_REPLACED
We and our partners use cookies on this site to improve our service, perform analytics, personalize advertising, measure advertising performance, and remember website preferences.Ok