Bette Midler pulled no punches in one of her most scathing rebukes of President Trump yet.

The “Hocus Pocus” actress often uses her social media to criticize the president and his administration. On Sunday, she tweeted a harsh critique of Trump’s behavior in what may well be the final weeks of his presidency, accusing him of actively seeking to undercut President-elect Joe Biden’s incoming administration.

“The repulsive ugly vindictive nature of the most vomitous elected official in US history, #DonaldTrump continues his scorched earth policy: #undermininBiden,” she wrote.

She continued by lambasting the administration’s decision to schedule the execution of death row inmates in a commentary that brought the rising death toll in the United States due to the coronavirus pandemic.

“AND he'll execute 6 people currently on #DeathRow; the sadist in him must be floating on air.  258,000 dead isn't enough,” she concluded.

Eight federal inmates have been executed in 2020 and two others were already scheduled to be put to death before President Trump leaves office.

BETTE MIDLER BASHES DEMOCRATS AS TOO POLITE TO 'FASCIST,' 'DICTATOR' DONALD TRUMP: 'THIS IS A BLOOD SPORT' 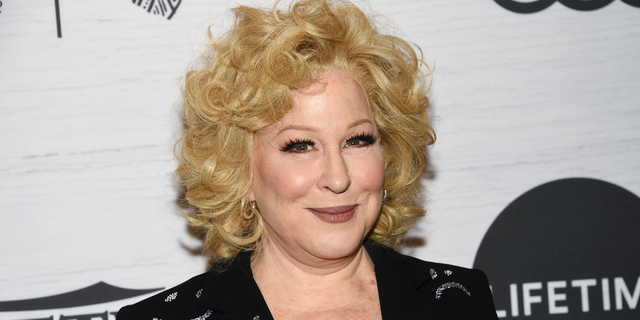 Bette Midler bashed Donald Trump for his failure to concede the election and the state of the pandemic.
(Evan Agostini/Invision/AP)

This isn't’ the first time that Midler has placed the blame for coronavirus deaths directly on Trump. The 74-year-old previously took to Twitter in July to share an article from The New York Times about the U.S. death rate, which was then roughly 140,000.

“One of the saddest documents you will ever read,” she wrote. “#DonaldJTrump is a murderer. Stupid, callous uncaring; all in all the biggest catastrophe to ever befall our poor nation. I can’t stop crying.”