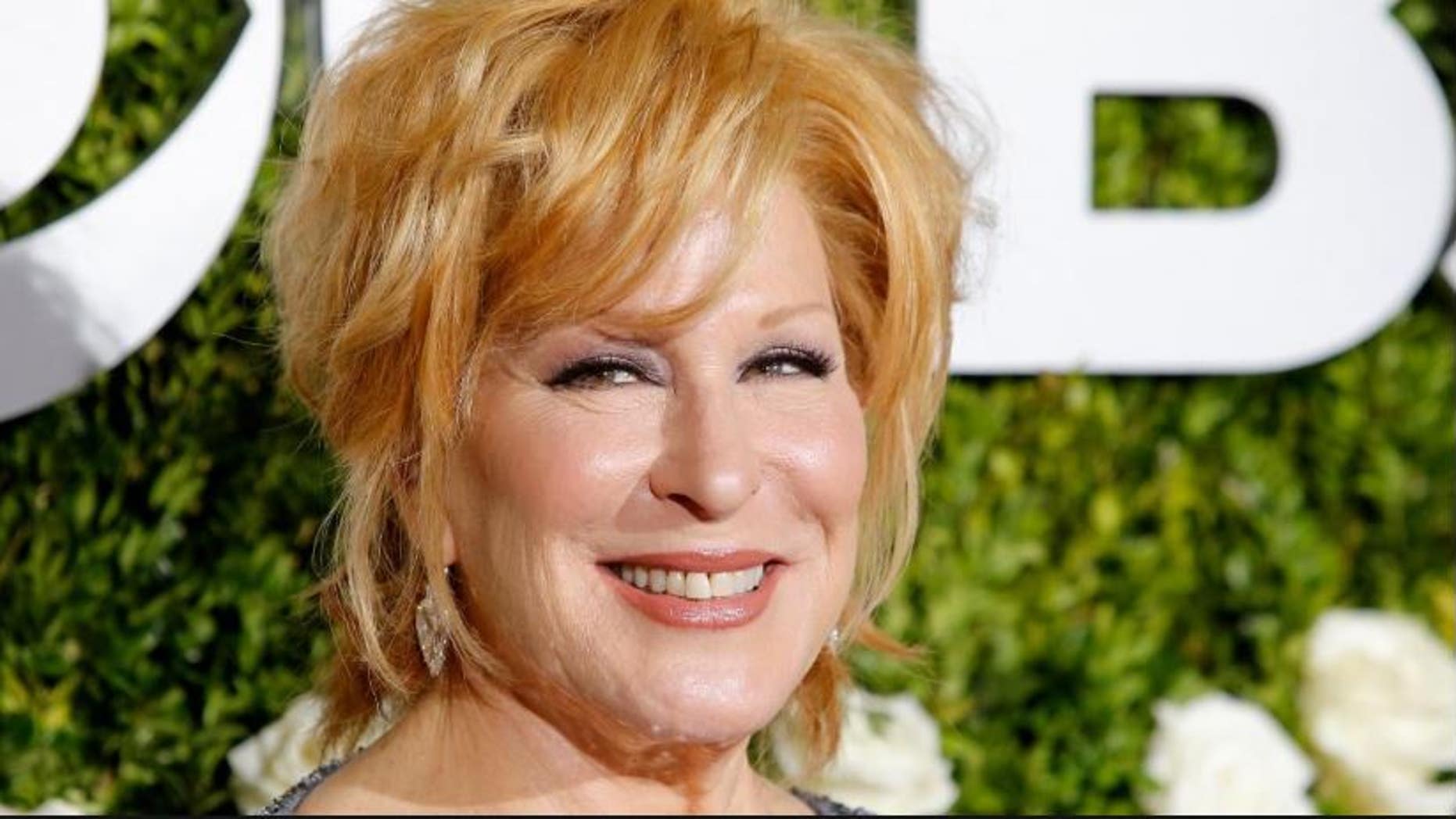 Look, there are African American men in this shot! How much did he pay them to be ‘blackground?’” Midler tweeted with an image of theTrump rally. 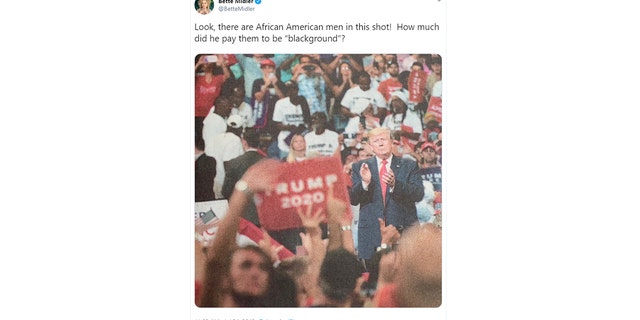 Midler, who has over 1.7 million followers, was immediately criticized for the tweet with multiple followers calling her racist.

Fox News Contributor Deroy Murdock said he admires Midler as an entertainer but was “shocked” at the controversial Twitter post.

“How dare Midler dismiss these grown black men as props for hire, rather than sapient citizens who support the candidate of their choice? And why shouldn't they? Thanks to the Trump/GOP tax cuts, black unemployment is near record lows, and average real wages for blacks are up 3.3 percent over the last 12 months, the Dallas Federal Reserve reports,” Murdock told Fox News. “Also, President Trump's criminal-justice reform disproportionately benefits blacks.”

Murdock continued to make his case: ‘In 2016, 13 percent of black men voted for Donald J. Trump. If the president can improve those numbers a bit, and boost his standing among black women, he vastly will increase his chances for re-election. Midler surely would hate to see President Trump returned to the White House. But for this black man, it would be nice to have him back where he belongs.”

Midler’s anti-Trump Twitter rant on Wednesday included the actress claiming that Trump “will be in Moscow before” he could be charged with a crime once he leaves office.

Midler and Trump don’t exactly get along and the actress tweeted a fake quote last month that she alleged Trump gave to a magazine in 1998. Trump fired back, calling the singer-songwriter a “washed-up psycho.”

Midler apologized for circulating the quote, but later wrote in a since-deleted tweet that someone should “give him a shiv.”

“There once was a girl from Slovenia,” the poem began, referencing the first lady. Midler went on to write that Melania avoids all romance situations with her husband, who “plays with his own schizophrenia.”