Billie Eilish, 17, still sees her pediatrician & she’s afraid of what’s under her bed 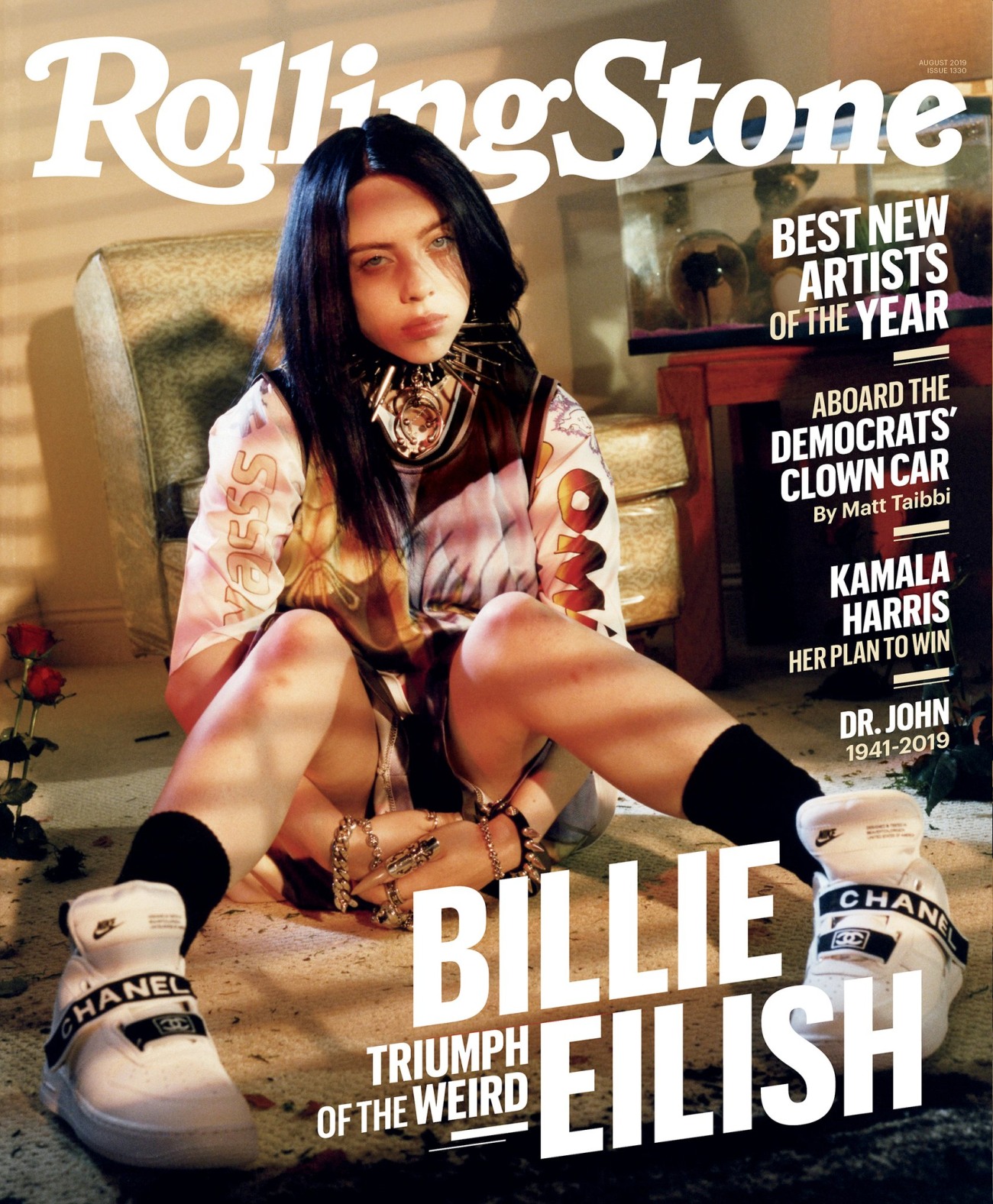 I feel like I just got a contact high from Billie Eilish’s Rolling Stone cover story, and the weird part is that Billie is completely clean and sober. It’s just that she lives in her own little world and that world is a bubble her parents built to protect her. She’s fragile yet tough, she struggles but triumphs, and finds success without even trying. She’s completely herself, yet she’s still figuring sh-t out. I don’t know how to explain it. I like Billie because she’s the kind of person I would have admired when I was young: marching to the beat of her own drummer, sort of performatively weird but authentically weird too. Billie is only 17 and she’s already got gobs of money and success and her parents still do A LOT for her. You can read the full piece here. Some highlights:

She’s so Gen Z: “I’m never gonna be 27 — that’s too old.” She’s also probably the only pop star who still sees a pediatrician. (“It’s weird,” says her mom. “There’s a waiting room full of four-year-olds, and then there’s Billie Eilish.”)

Her fears: Eilish has always been afraid of things: the ocean and deep water; dark places like her closet or the garage at night. To this day, she stills jumps the last few feet into bed in case there’s a monster underneath waiting to grab her. But ever since her career took off, her nightmares have gotten way more intense. “I actually had to stop watching horror movies, because everything started flipping me out,” she says. “I saw creatures outside my windows. I had sleep paralysis. I’m done with the fake sh-t — real life is way too scary.

On fame: “I’ve loved attention my whole life, but I don’t think anyone knows what fame actually is. Because if I did want to be famous — it wasn’t this kind.”

Her childhood: Eilish was a sensitive kid with severe separation anxiety. She slept in her parents’ bed until she was 10; her dad says until she was 12, one of them was with her literally around the clock. Maggie and Patrick were “mostly unemployed” actors (his words) who put their careers on hold to home-school the kids. They had no formal curriculum: Instead, they let Eilish and Finneas explore whatever interested them that day or week — art classes; museums; science programs at Cal Tech. “Our whole stance was, general knowledge is all,” Patrick says. “You need to know why the sky is blue, but you don’t need to memorize a bunch of esoterica you’ll never use.” (Eilish passed her high school equivalency exam and graduated at 15.)

Her label tried to get her to work with songwriters & big producers: “I hated it so much. It was always these 50-year-old men who’d written these ‘big hit songs!’ and then they’re horrible at it. I’m like, ‘You did this a hundred years ago. Ugh.’ No one listened to me, because I was 14 and a girl. And we made ‘Ocean Eyes’ without anyone involved — so why are we doing this?”

On depression & body image: “I haven’t been depressed in a minute, which is great. Seventeen has probably been the best year of my life. I’ve liked 17. Sometimes I see girls at my shows with scars on their arms, and it breaks my heart. I don’t have scars anymore because it was so long ago. But I’ve said to a couple of them, ‘Just be nice to yourself.’ Because I know. I was there.”

She sounds like A LOT, right? And her parents are either saints or geniuses or… something else. No, they clearly adore their kids and they’re trying to figure out the best way to still “parent” Billie, who clearly still needs that kind of parental involvement. But at times, it does feel like her parents are acting as her full-time assistants. That will probably change as she gets older though, but for now, that’s what makes her feel safe, which I can understand. The home-schooling thing though… I feel like that made Billie very dependent on her parents at a young age. I don’t know. But she’s A LOT.