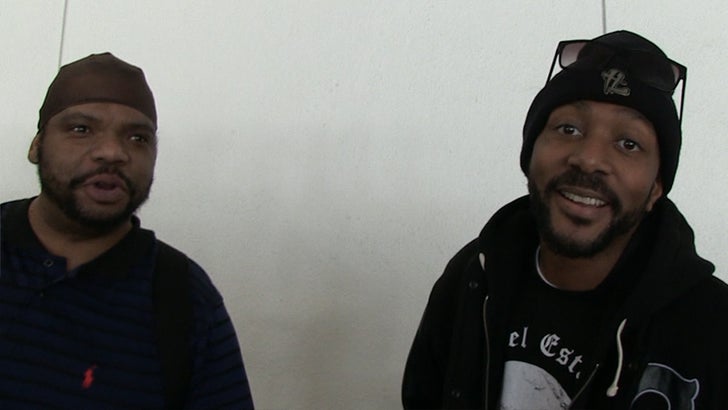 Bone Thugs-N-Harmony’s Wish Bone says one of these days he’s gonna shoot Krayzie Bone — not to kill, but just to get even for a caper gone wrong from their younger days.

We got Wish Bone, Krayzie Bone, Layzie Bone and Flesh-n-Bone at LAX and asked them about Bizzy Bone‘s wild story about the time Krayzie shot Wish in the leg while they were riding around in a stolen car.

Krayzie chalks up the bloody mishap to doing dumb stuff back in the day, but Wish says he’s been plotting his revenge for years.

There’s no beef, it’s just part of the brotherhood … to them, anyway. Wish tells us he’s gonna shoot Krazyie in the fleshy part of the leg with a .22 — and Krayzie says he’ll, pardon the phrase, bite the bullet and let it happen … with one condition.

Layzie also chimes in with his own hilarious version of what happened … telling us why he thought the fellas were drunk when the robbery took a turn for the worse.