Brendan Fraser got emotional while speaking to a fan on a video chat about his upcoming role in the new Martin Scorsese film.

Brendan Fraser is returning to the big screen — and fans couldn’t be more excited. The actor, who starred in The Mummy franchise, has been laying low for years, and was visibly moved when a fan told him that “the internet” was still “rooting” for him. During a virtual meet-and-greet with a TikTok user named LittleLottieCosplay, Brendan revealed he was in Oklahoma getting ready to film Killers of the Flower Moon, directed by Oscar winner Martin Scorsese and costarring Hollywood heavy-hitters Leonardo DiCaprio and Robert De Niro.

“I think I might be sick,” Brendan joked, pretending to bite his fingernails off. The young fan then assured a cowboy hat-clad Brendan that he still had a serious fan base. “The internet is so behind you! We’re so supportive,” she said. “There are so many people out there who love you, and we’re rooting for you, and we can’t wait to see what you do next.”

The actor then appeared to tear up, as he took a sip from his water glass and composed himself. “Shucks, ma’am,” he replied to the fan, tipping his hat. TikTok users were quick to comment on how excited they were for his return. “I’ve never wanted a comeback so much for someone,” one person wrote, while another commented, “Omg I teared up, thank you for speaking for the internet.” 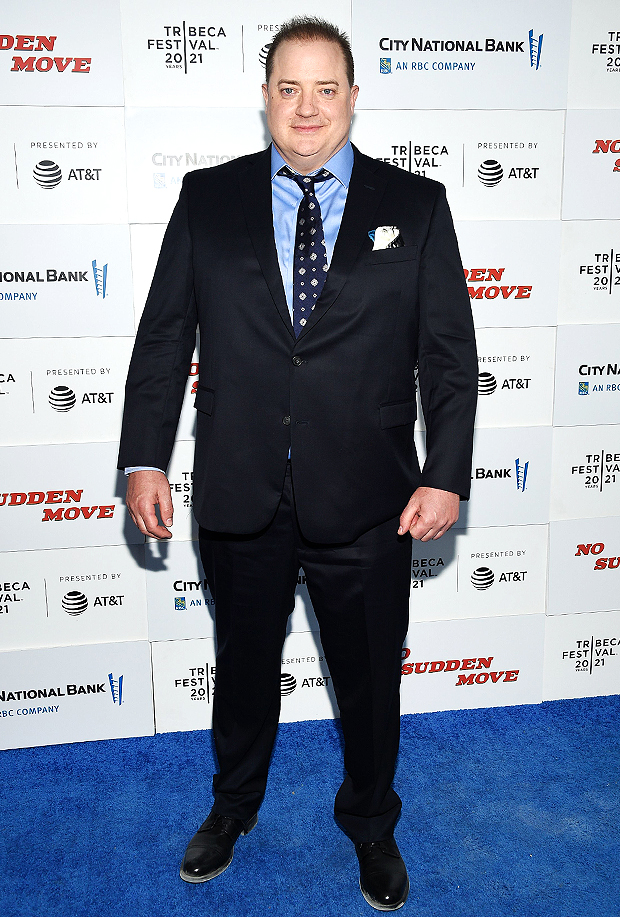 Popular YouTuber Kurtis Conner even commented, “Omg I love this man so much.” As fans would know, Brendan has also been cast as the star of director Darren Aronofsky‘s next film, The Whale. In his return to the big screen, he will star as a 600lb recluse in the upcoming dramedy by Oscar nominee Aronofsky.

Although he has been flying under the radar for several years, the beloved movie star did open up to GQ in 2018, explaining that filming action movies took a major toll on his health. “I believe I probably was trying too hard, in a way that’s destructive,” Brendan told the magazine. “By the time I did the third Mummy picture in China [in 2008] I was put together with tape and ice — just, like, really nerdy and fetishy about ice packs.”