Britney Spears’ Instagram account — along with the dance videos, cheeky bikini pics and digs at those who’ve done her wrong — disappeared without warning or explanation on March 16. According to TMZ, Instagram didn’t delete the massively popular page, which suggests the singer had reason to take it down herself. Brit’s profile info still appears in search data, but as of the 16th, clicking on the page turned up a message reading, “Sorry, the link you followed may be broken, or the page may have been removed.” Her other social media platforms still appeared to be live, though she uses them far less. In the singer’s last posts before the account came down, Britney marveled about visiting Las Vegas for fun rather than work. She also shared a message some fans have expressed concern about on social media. “Don’t ever pity me … I don’t want to be loved … I want to be feared !!!” she wrote, per The Blast. “Being loved and being nice got me taken advantage of …… so take your pity and go f*** yourselves!” She previously deleted Instagram in September as her conservatorship was nearing its termination.

Keep reading for an update on Rihanna’s pregnancy and more …

Soon-to-be parents Rihanna and A$AP Rocky are officially in countdown mode. The singer Fenty mogul confirmed she’s in her third trimester of pregnancy in a chat with Elle published on March 15. “There’s a pregnancy glow,” said Rih, while promoting Fenty Beauty’s new Ulta partnership. “There’s also those days, girl. Especially in the third trimester where you wake up and you’re like, oh, do I have to get dressed? Makeup for sure helps you feel like a real person.” Asked about the best pregnancy advice she’s gotten since she and her rapper beau began expecting their first child, Rihanna said, “Probably the best advice is to sleep now because I won’t get much later,” adding, “I need to work on that before it’s a thing of the past.” Rihanna, 34, also dished on the kind of mom she thinks she’ll be — in “Real Housewives” terms. “Heather Dubrow is so chic while being a mom. Just love the way that she just allows her kids to be who they are. And that’s really inspiring to me,” said the self-professed Bravo fan. “But Teresa [Giudice] from Jersey does not play about her kids. … She will flatten you about those kids. And that resonates with me a lot because I feel like that’s the type of mom I’m going to be,” Rih said. “Psycho about it.” Asked if she could see herself in “flip a table” mode a la Teresa, Rihanna quipped, “Worse. You talk about my kids, it’s over.” She and Rocky, 33, announced they were expecting in January.

RELATED: Rihanna flaunts baby bump in a crop top and belly chain, plus more of her best pregnancy style moments

Just when we thought Kanye West’s one-sided Pete Davidson feud couldn’t get any weirder … In the wee hours of March 16, Kanye poured gasoline on the fire that his stream of Pete/ “SKETE” attacks has become. “Im really concerned that SKETE will get my kids mom hooked on drugs He’s in rehab every 2 months,” the rapper posted on Instagram, referring to his ex, Kim Kardashian’s romance with the “Saturday Night Live” star. While Ye has taken down some of his more disturbing posts about Pete in recent weeks, this one was still up many hours later. He even doubled down on the sentiment by following the post up with a screenshot from his “Eazy” video showing a claymation Kanye burying a claymation Pete alive. “Ya’ll ready for Coachella ☠️,” he wrote alongside the dark snap. In another post on the same day, Kanye took aim at Pete’s friend, writer Dave Sirius, who recently shared screenshots of what he said were texts from Pete to Kanye, urging him to get help for his mental health issues, offering to “help” and warning the rapper that if he keeps pushing him as he has, Pete’s “gonna stop being so nice.” (Kanye and Pete have spoken openly about their respective mental health challenges; Pete most recently sought treatment for his mental health in 2019.) Over on Instagram, Kanye shared a profile of Dave, which he captioned, “Come on Dave please help write some more culturally irrelevant jokes for SKETE You don’t have to have talent these days you just need a Hillary Clinton tattoo.” Kim and Kanye tied the knot in 2014 and were declared legally single in 2022. They share four kids.

On March 15, a tumultuous season of “The Bachelor” came to an end with a twist and the franchise announced the next season of “The Bachelorette” will feature two women instead of one. (And yes, there are spoilers ahead.) Bachelor Clayton Echard, who said he’d fallen for and slept with Susie Evans, Gabby Windey and Rachel Recchia, finally proposed to Susie after being told off by Gabby. Susie said “thanks, but no thanks,” but in the end, off-camera, apparently took him back. That sort of explains how ABC ended up opting to feature both Gabby and Rachel, who are now close friends, as the next Bachelorettes. (The Daily Beast credited the format change to Clayton’s “man-child” ways, saying the guy was “so terrible,” “The Bachelorette” had to be tweaked.) It’s unclear how that will work, exactly, but according to Entertainment Weekly, the pals, who supported one another all the way until the end of Clayton’s bad behavior and poor decision-making, will date guys from the same pool of suitors. They’ll also both stay on through the whole season. Gabby, a 31-year-old ICU nurse who cheered professionally for the Denver Broncos, and Rachel, a 26-year-old commercial pilot and flight instructor, kick off their history-making “Bachelorette” season July 11 on ABC.

Kylie Jenner says she’s struggling with more postpartum issues after welcoming her son, Wolf, than she did following Stormi’s birth four years ago. “This experience for me personally has been a little harder than with my daughter,” Kylie, 24, said in an Instagram Stories post on March 15, titled “6 weeks postpartum.” “It’s not easy mentally, physically, spiritually — it’s just crazy,” she admitted (via CNN). “And yeah, I didn’t just want to get back to life without saying that because I think we can look on the internet, for other moms going through it right now, we can go on the internet, and it might look a lot easier for other people, and put the pressure on us, but it hasn’t been easy for me.” The post included a boomerang of Kylie on an exercise machine, during a workout she said she didn’t think she could make it to. “But I’m here, and I’m feeling better. So you got this!” Kylie told fans. “It’s OK not to be OK. Once I realized that I was putting some pressure on myself … And I just keep reminding myself I made a whole human, a beautiful healthy boy,” she said in a second post. “We have to stop putting pressure on ourselves to be ‘back,'” she added. “Not even physically, just mentally, after birth. So yeah, just sending some love. I love you guys!” Kylie shares Wolf and Stormi with rapper Travis Scott, 30. 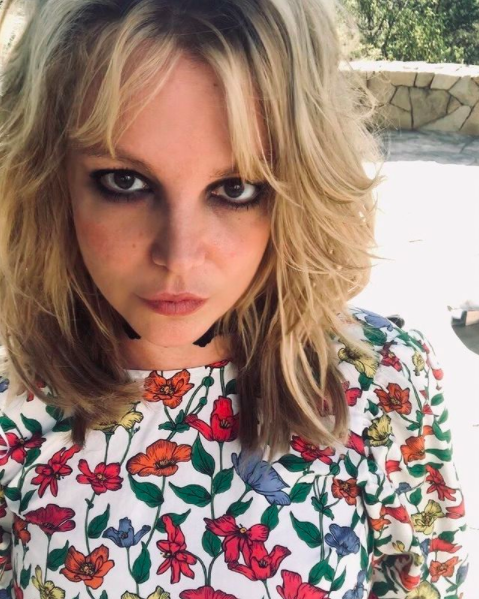 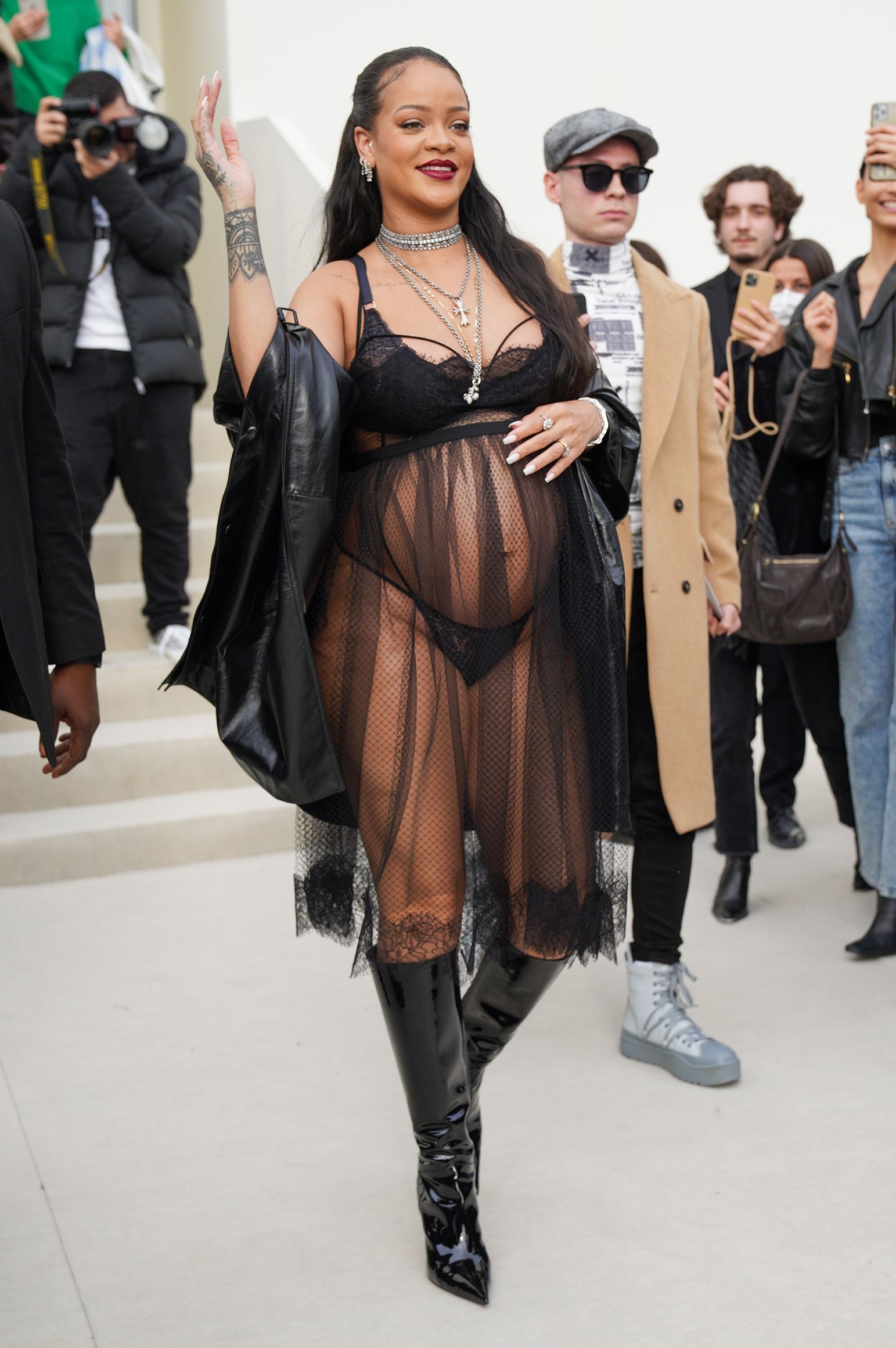 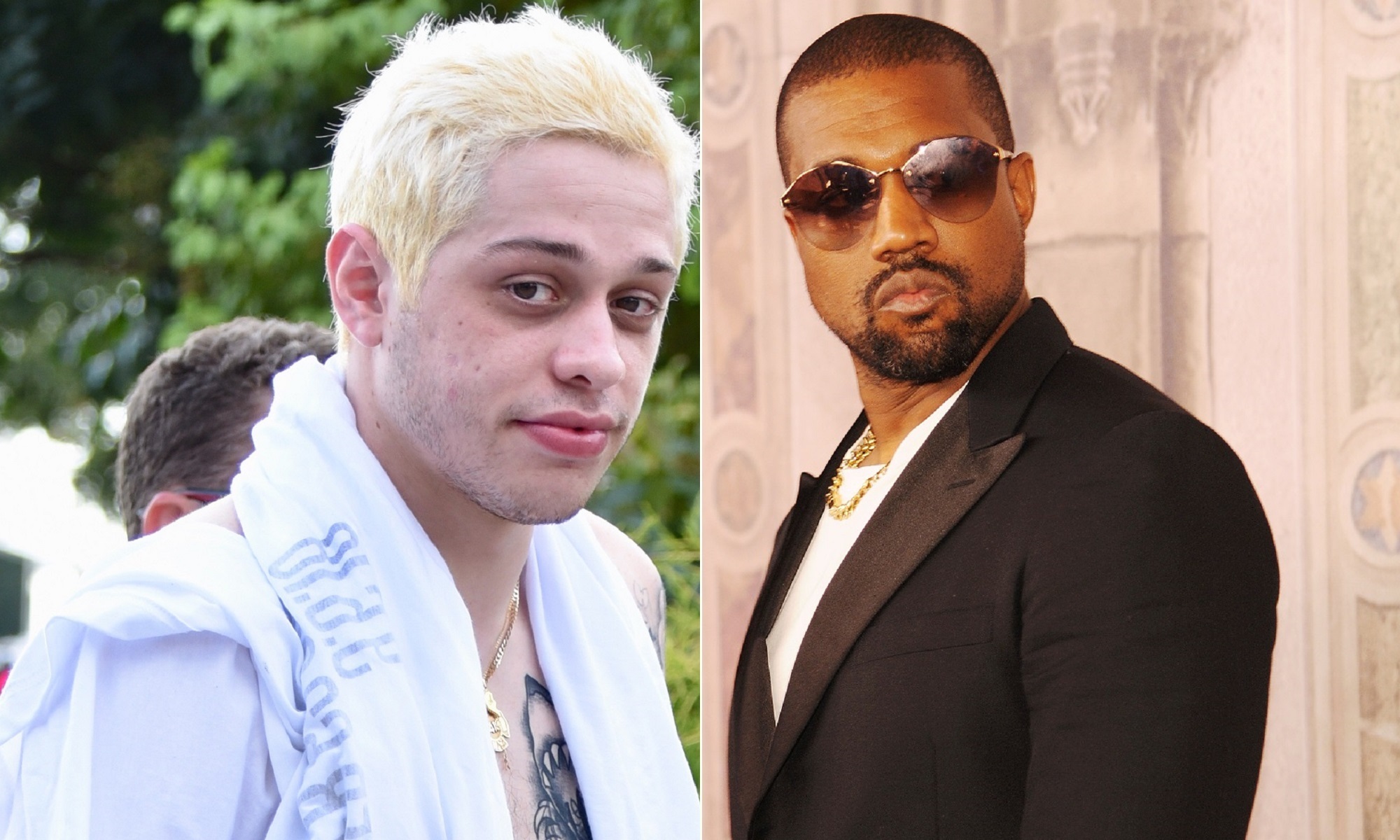 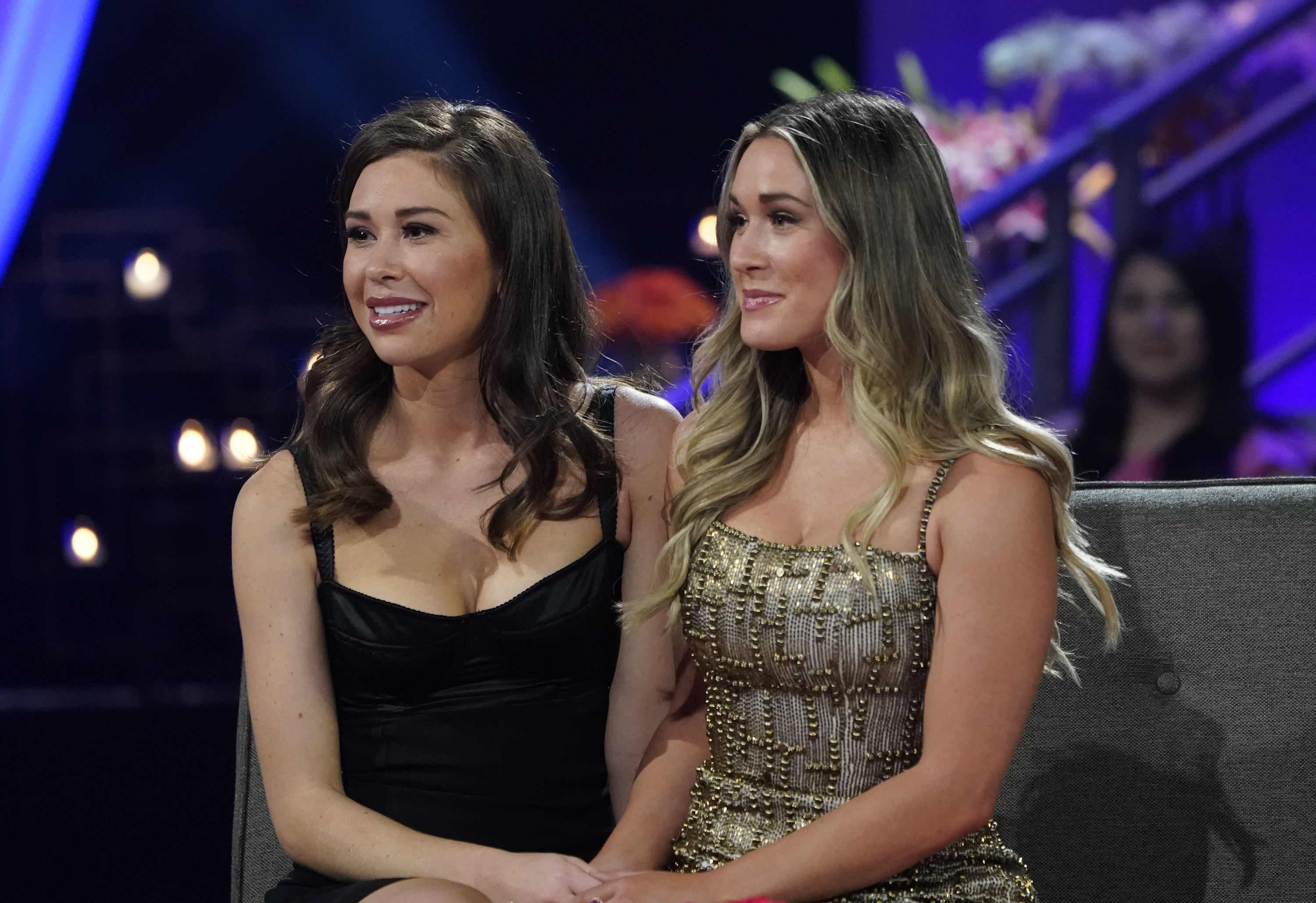 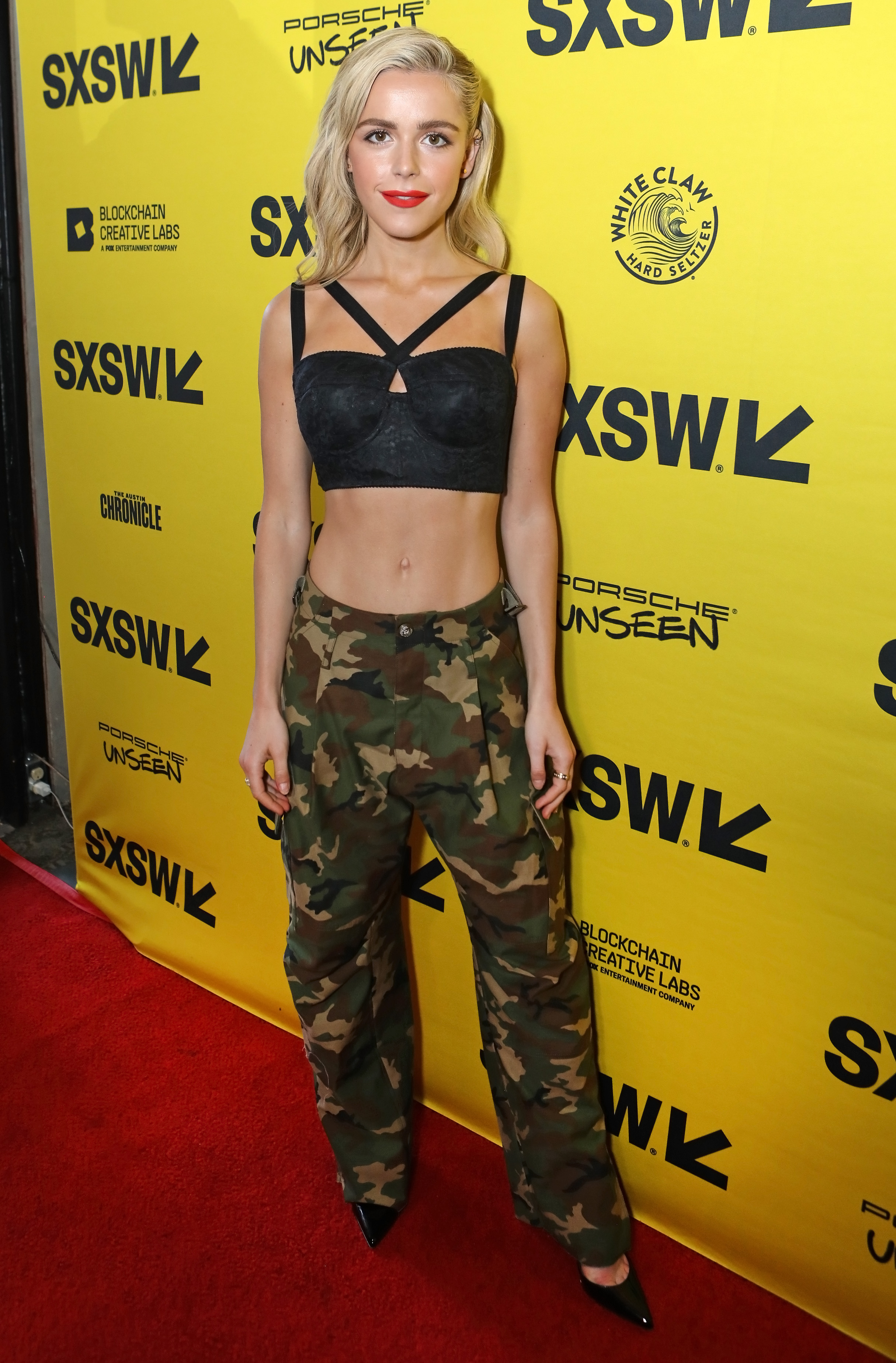