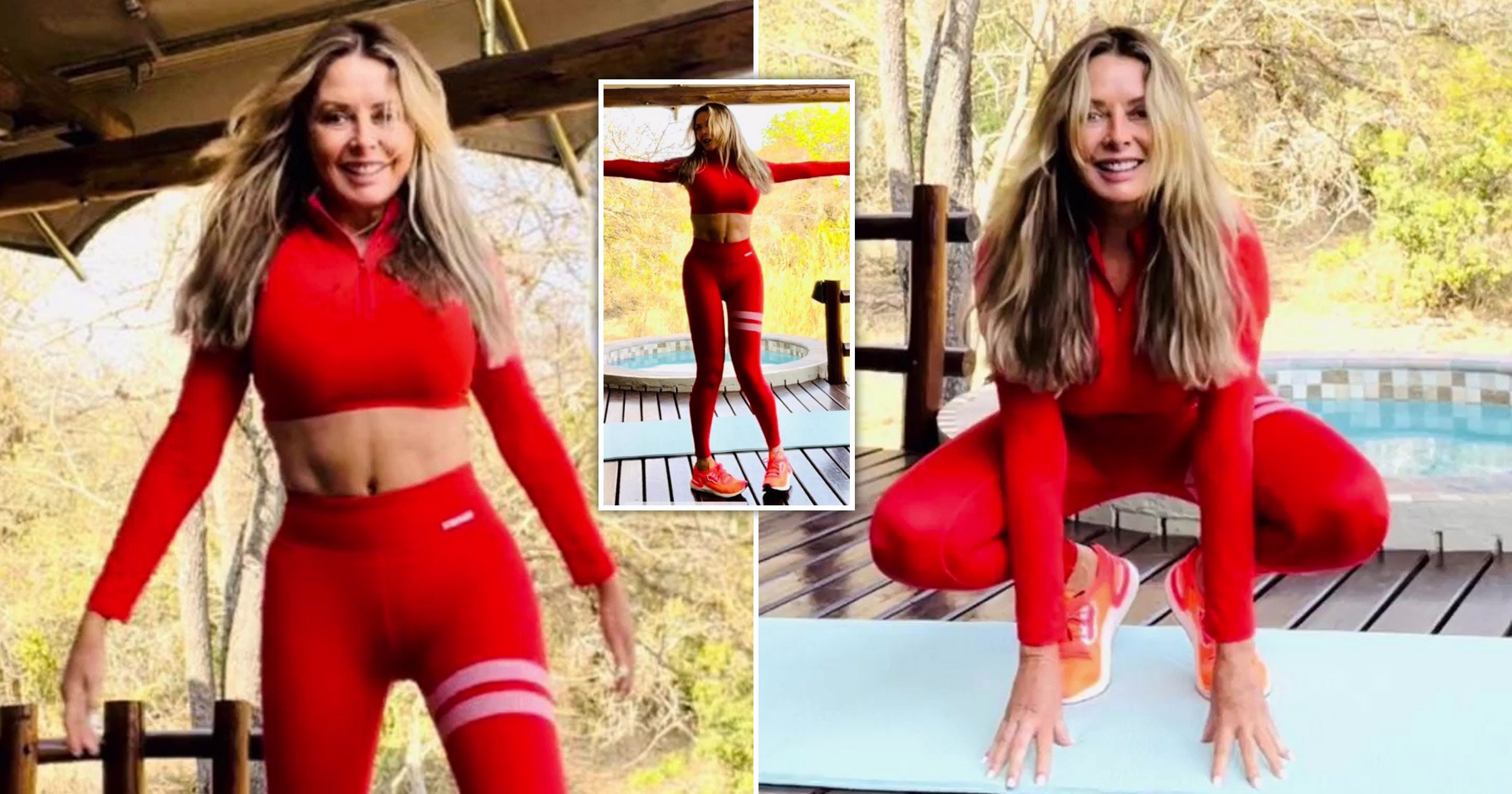 Carol Vorderman is not here for anyone telling her to ‘act her age.’

The former Countdown star, 61, is famously active, and you’ll often find her taking on daring outdoor activities and sharing her at-home workouts with her followers online.

Most recently, Carol – who will appear in the All Stars edition of I’m A Celebrity – has been trying her hand at yoga and Pilates, determined to learn the splits and stretch more.

She’s loving her current workout regime, as well as life itself, which she was keen to remind trolls of after being told she shouldn’t do things ‘at a certain age.’

The media personality posted an energetic video to Instagram, showing off her Pilates moves in a vibrant red workout set.

She explained in her caption: ‘Been trying much more yoga and Pilates and “learning the splits” stretching this summer…..now I’ve put it into my own routine as pure slow yoga isn’t for me, even though it’s obviously very good.

‘Soooooooo just a few shots from what I now do every morning (not the whole routine)…a bit of the 5 Tibetans (a yoga thing) and adductors and abs and hamstrings all good and firing….’

And what does she call her new fitness regime?

The ‘Happy Bird Who’s Not Giving In To A Number Routine.’

Silencing her critics, she added: ‘And to anyone who says you shouldn’t do “this or that” at a certain age…and is still living in the 20th or even 19th century….please bear this in mind when you’re attempting to troll any woman no matter what their age.’

Continuing to inspire her supporters, she declared: ‘I love my life ❤️ I’m alive and fit and happy…..but do you know the strongest bit of my body now?

Concluding with some final words of wisdom, she urged everyone to ‘calm down and smile and join the happy crowd.’

The TV star was inundated with messages of support from famous friends and fans, with the likes of Josie Gibson and Denise Welch commenting a load of flame emoji.

One fan added: ‘When I grown up, I want to be like Carol 😍’, and honestly, same.