Actress and comedian Caroline Quentin appeared in the latest series of Strictly Come Dancing and caused a stir when she licked her partner during their last dance routine. The 60-year-old TV star said her co-star Johannes Radebe was “completely complicit” in the act.

The Jonathan Creek star has blasted people who felt the need to complain about the incident, which occurred during what turned out to be her final routine.

She said it was meant to be funny and reassured fans that the professional dancer had given his consent when the pair originally discussed the routine.

The mum-of-two admitted that she did not realise it would be seen as a problem until her partner checked his Twitter account after they had performed the number. 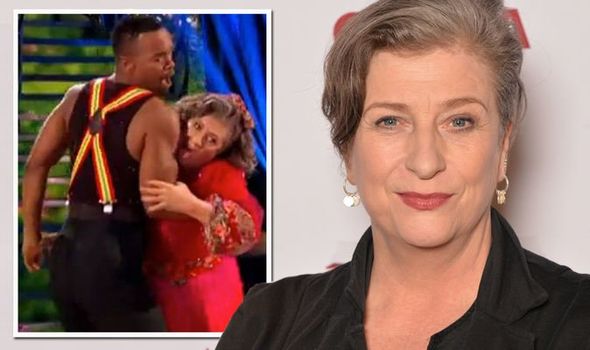 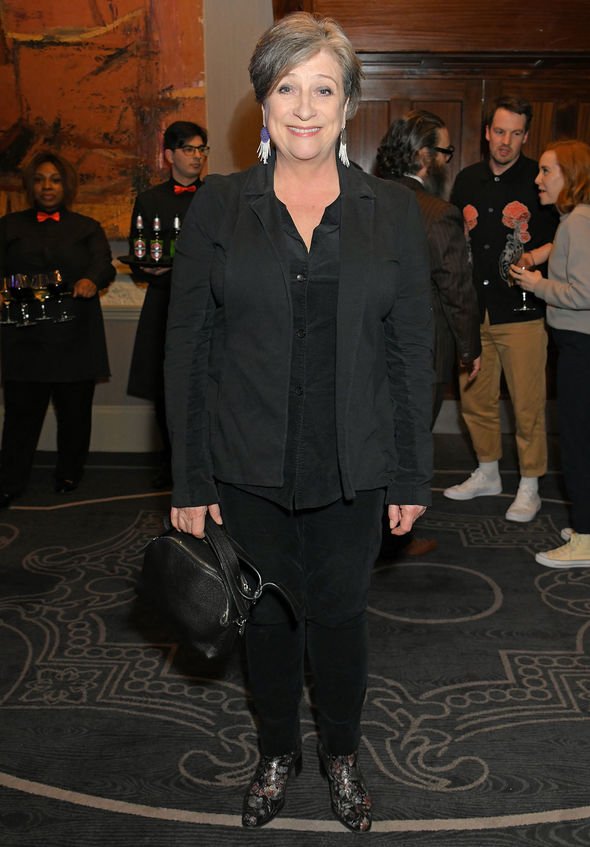 Caroline spoke about the dressing room moment during an interview with The Guardian.

“Johannes came off, because he’s always looking at Twitter, and he went: ‘Oh God.’

Going into further detail, the Men Behaving Badly actress told the publication that it was a “consensual licking”. 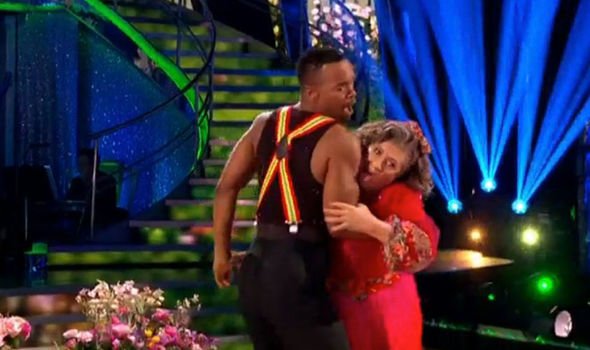 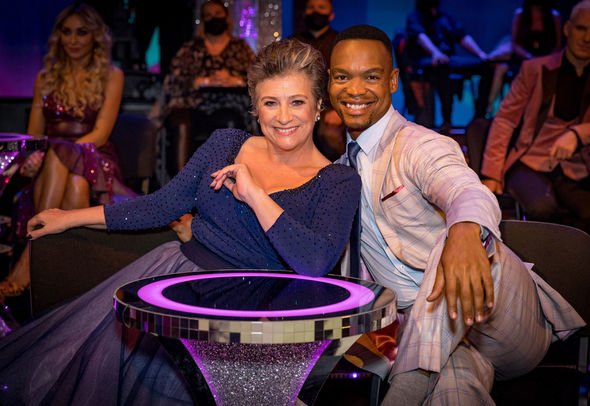 “Let me just say that Johannes was completely complicit,” Caroline went on to add.

“I am not a licker. I did not take it upon myself to lick him.

“We talked about it. It was consensual licking.

“It was meant to be funny. So get a sense of humour or f*** off. One or the other. I don’t care,” the frustrated star exclaimed.

Caroline licked Joanne’s arm on live television when the pair performed a cheeky Cha Cha in week five of the BBC show.

The amusing routine, to Rescue Me, saw the actress put a toy cat up a tree for her partner, who was dressed as a fireman, to come and rescue.

The couple scored 24 points for their effort and found themselves in the dreaded dance off.

They were later eliminated from the ballroom dancing contest.

Caroline and Johannes had gone up against EastEnders star Maisie Smith and her partner Gorka Marquez who, despite being in the bottom two, made it all the way to the final of the competition.

Comic Bill Bailey scooped victory away from the actress and became the oldest celebrity to lift the Glitterball trophy.

END_OF_DOCUMENT_TOKEN_TO_BE_REPLACED

END_OF_DOCUMENT_TOKEN_TO_BE_REPLACED
We and our partners use cookies on this site to improve our service, perform analytics, personalize advertising, measure advertising performance, and remember website preferences.Ok