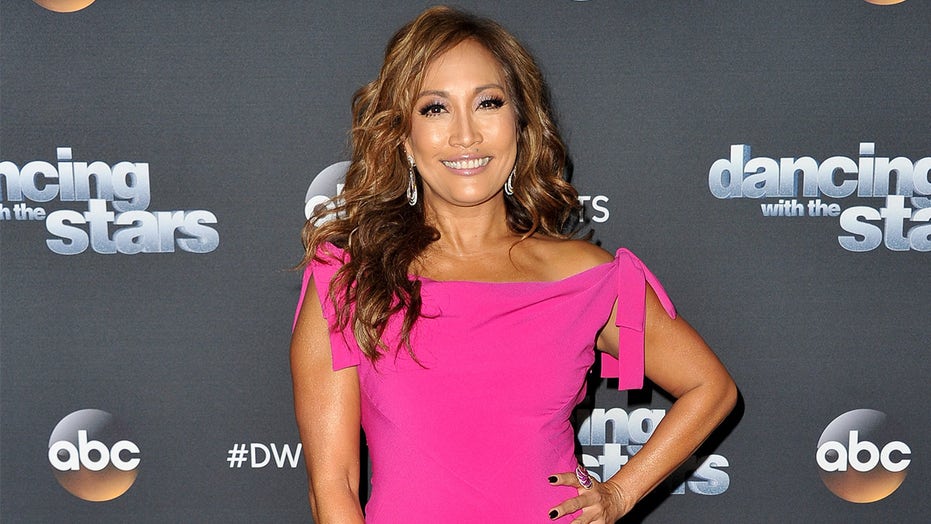 Carrie Ann Inaba couldn't hold in her emotion after choosing to eliminate James Van Der Beek from "Dancing With the Stars."

On Monday's episode of "DWTS," the actor, 42, revealed that his wife recently suffered a miscarriage, before he was cut from the competition.

"My wife Kimberly and I went through every expecting parent’s worst nightmare. We lost the baby,” Van Der Beek said in a video package. “The little soul that we had expected to welcome into our family took a shortcut to whatever lies beyond.”

Just a month before, Van Der Beek announced the pregnancy on an earlier episode.

Host Tom Bergeron called the elimination the “hardest judge’s verdict so far this season," and that certainly seems to be the case for Inaba.

The 51-year-old dancer spoke about the experience on "The Talk."

While it was difficult for Inaba to make that call, she explained that as a judge, her job is simply to evaluate the dancing.

“I have so much sadness in my heart for them, and my prayers are with them,” Inaba said on Tuesday's episode. “But, you know, this is when it’s really hard. As a judge, I have to judge the dance. I know on Dancing With the Stars we show their stories and we get to know them, and they become family, and their pain is my pain.”

She added: “I went home and I vomited.”

Inaba also compared her experience on the show to judging competitions in the Olympics.

"If something happens to somebody before they get on the gymnastics mat, it doesn’t matter what happens in your personal life. I have to judge what’s happening on the dance floor.”

Co-host Marie Osmond also addressed backlash that Van Der Beek faced for spending time on the show rather than at home with his wife, praising his decision.

"It just tells you what kind of a guy he is. He's a follow-through person, he's a finisher," Osmond, 60 said. "We all go through heartbreaking things in life, but you guys don't just say 'I'm not showing up for work today.'" I mean this is a huge competition and I admire him."

"I think it shows his work ethic," the singer continued. "Sometimes, too, you have to remember that those endorphins help you cope, and so I think we shouldn't judge him at all."