Chris Evans: ‘I was on a downwards spiral’ Tyson Fury on struggles Virgin Radio host

Chris Evans, 53, featured heavyweight boxing legend Tyson Fury, 31, on his Thursday morning show to talk about his new autobiography Behind The Mask that was released yesterday. And whilst opening up about the content, the conversation moved into sensitive territory, as he touched on his battle with depression after achieving his “dream goal”.

Within five or six minutes after the fight, as soon as I went into the press conference I was already on a downwards spiral, for sure

The boxer reached his peak when he took home the title of undisputed heavyweight champion of the world against Ukrainian boxer, Wladimir Klitschko back in November 2015.

He may have deserved the title, but it wasn’t all fun and games to be at the top.

“When you woke up the day after, before the demons kicked in and you became the undisputed champion of the world, what did that feel like?” Chris asked.

“I was down straight away,” Tyson admitted as the Virgin Radio radio host expressed his shock: “Really was it that instant?!” 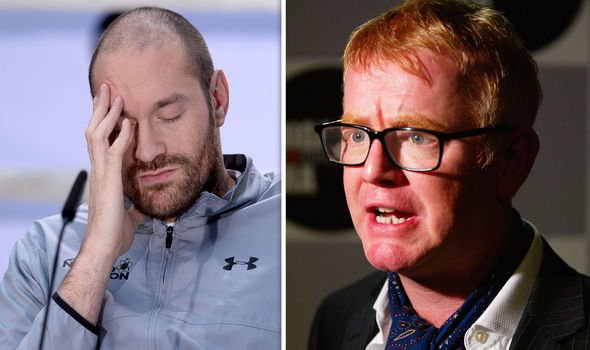 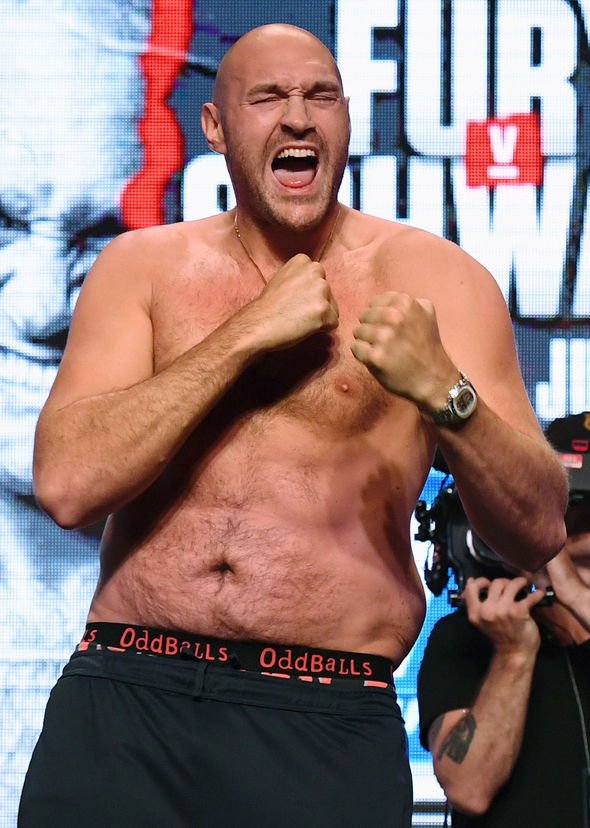 “Within five or six minutes after the fight, as soon as I went into the press conference I was already on a downwards spiral, for sure,” the sportsman confessed.

He spoke of reaching is goals and not knowing what to do next, feeling overcome by emptiness.

“I’d achieved my dreams and climbed Everest, that was it, that was the be all and end all of my life.

“That was my whole purpose in being a boxer and that had been achieved and I just and I didn’t think there was anything more I would achieve,” he said. 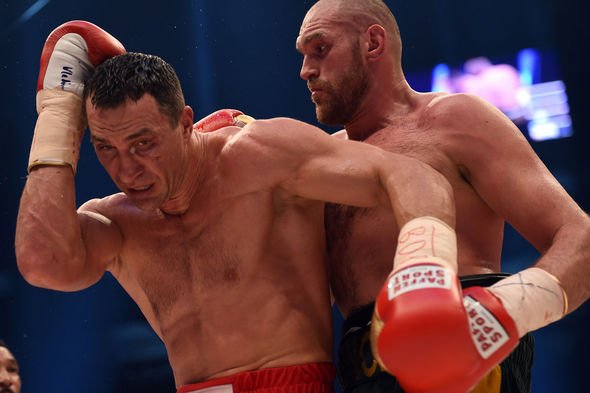 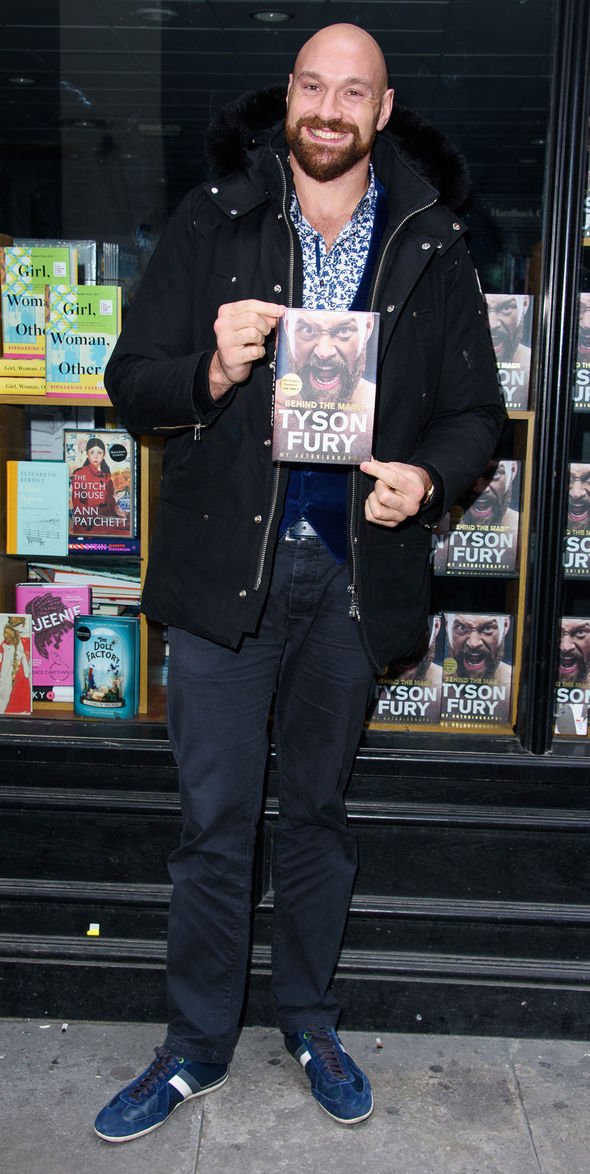 Chris mentioned Tyson seemed to be suffering from Paradise Syndrome, a condition that’s not officially been recognised by psychologists, but refers to the feeling of dissatisfaction despite having achieved all goals and dreams.

“The great danger here is called Paradise Syndrome, you’ve reached paradise now, what do you do, that what it’s called,” the radio DJ acknowledged.

“But that’s all turned around now and you’re on a single with singer, Robbie Williams!” Chris giggled as Tyson laughed: “It doesn’t get better than that!”

“Bad Sharon is the title of the track, is it a code?” Chris quizzed before playing the Christmas soundtrack for listeners.

“A world exclusive!” He beamed as the boxer said it felt “good” to hear it on the radio for the first time.

During his bout of depression, the boxer gained weight, reaching an estimated 28 stone when he was at his heaviest.

Chris joked with him about his weight gain: “I know you fear being fat, you hate being fat, fat and flabby and wobbly in all the wrong places.”

“Well I’ve been like that all my life so I better get used to it,” Tyson laughed.

Chris asked what will happen when his contracts end and he doesn’t have fights to train for.

“I will always train, I don’t just train for sports I train for my well being.”

The legend explained that his mental health was affected dispute earning a fortune in the sport that he loved, and wished to teach people that there’s more to life than wealth.

He said the title “didn’t mean a thing” and that he “wanted to die on a daily basis”.

But since then, Tyson says he has been keeping fit and focusing on what’s important in life.

“I think the most important thing is not achievement, it’s not fame and glory or money, it’s all material stuff. The main this is to be happy and to find happiness,” he assured.

The Chris Evans Breakfast Show on Virgin Radio with Sky airs weekdays at 6.30am.