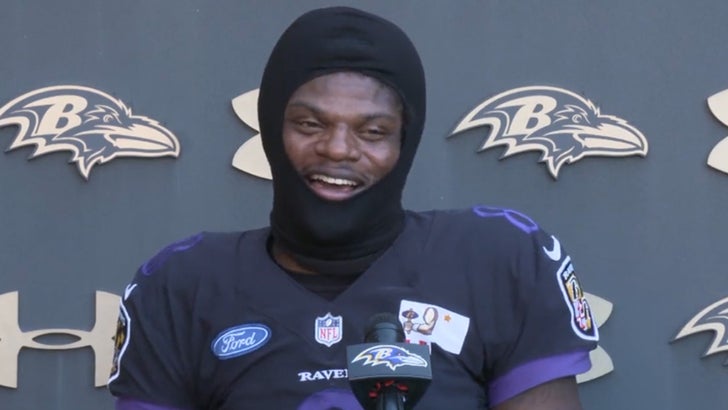 2:27 PM PT — Lamar Jackson addressed Chris Jericho, calling him out … telling reporters on Thursday that he had no idea Jericho would do that during the show.

“I wasn’t looking for it,” Jackson said. “I wasn’t thinking he was gone call me out. I didn’t really hear what he said at first. Then they told me, and I started laughing. I said, ‘this man is crazy.’ I enjoyed it, though, cause growing up, I was a huge fan of wrestling.”

Chris Jericho knows how to piss off a crowd — he called out Lamar Jackson Wednesday night at an AEW event in Baltimore, with the star QB sitting just feet away, surrounded by thousands of his fans!!

It all went down at the Chesapeake Employers Insurance Arena — Jackson was sitting ringside while Jericho was cutting a promo alongside Daniel Garcia and Jake Hager.

Jericho said he didn’t care who his mystery opponent was for his Ring of Honor open title challenge … saying, “I’ll even whoop Lamar Jackson’s ass,” which evoked a response from the crowd.

Cameras quickly panned to LJ, who appeared blindsided by the remark, putting his head down while Jericho smiled in the ring.

Lamar didn’t seem too worried, though — and after the show, he got some face time backstage with wrestling legends Jeff Jarrett, Mark Henry, and Big Show.

Naturally, Lamar wasn’t the only celeb in the building — “The Boss” Rick Ross also attended the show, where he cut a promo backstage with AEW star Swerve Strickland.

“I’m here for one reason and one reason only,” said Ross. “I want to make this clear, making sure Swerve is not only the biggest wrestler in the industry but also the largest recording artist in the world.”