What with America being quite a big country, boasting its very own television industry, you’d think the Yanks might be able to come up with original ideas more often.

Instead, countless hit British sitcoms from the past half century have been bought and reworked for the U.S. market — same stories, same gags, different actors.

That cross-pollination goes back to the 1960s and Till Death Us Do Part, which was remade as All In The Family . . . with Alf Garnett renamed Archie Bunker.

Steptoe And Son became Sanford And Son, set in a Los Angeles junkyard. Steve Carell’s version of The Office is sharper and funnier than the Ricky Gervais original.

Yet for the life of me, I can’t think of one instance where an American comedy was reinvented with British stars for a UK audience. Shout, if you know better.

The latest remake is Ghosts U.S. (BBC3), adapted from the frightfully English creation of the Horrible Histories team. Why Americans can’t watch our Ghosts, goodness knows. They lap up our period dramas and Ghosts is little different — actors in corsets and ruffs, with the occasional ‘ods bodikins’ or ‘hey nonny-no’ thrown in.

All this week and next we get the chance to compare. The U.S. episodes, starring Rose McIver as a young woman who inherits a haunted mansion, barely stretch to 20 minutes each, but there are 18 of them. 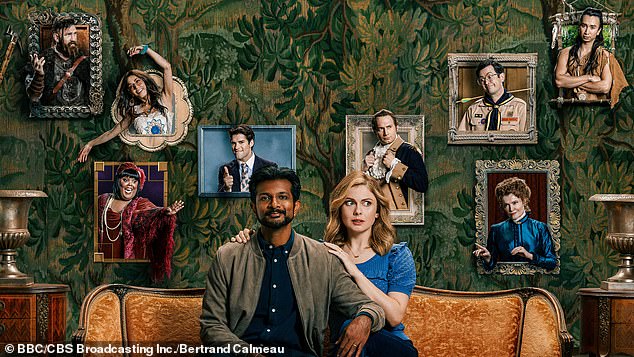 The latest remake is Ghosts U.S. (BBC3), adapted from the frightfully English creation of the Horrible Histories team. Why Americans can’t watch our Ghosts, goodness knows. Pictured: Samantha and Jay in Ghosts U.S 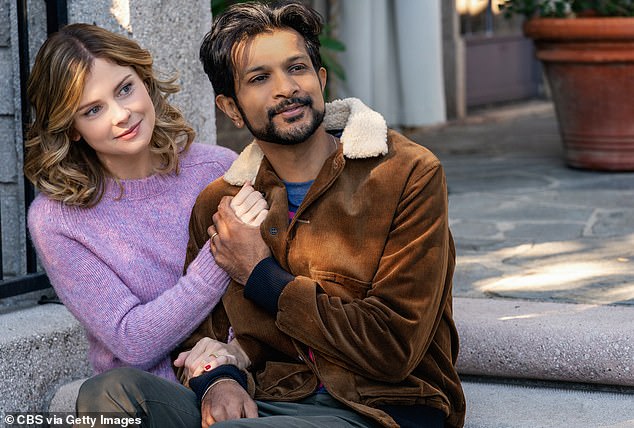 The U.S. episodes, starring Rose McIver (right) as a young woman who inherits a haunted mansion, barely stretch to 20 minutes each, but there are 18 of them

The posthumous personnel are tweaked and shuffled: out goes Robin the caveman, replaced by Thor the Viking. The fussy World War II captain and the lovelorn romantic poet are rolled into one character, a camp army commander from the War of Independence called Isaac, played by Brandon Scott Jones.

Nasty chill of the night

We’ve spent two years trying to avoid a chest virus, yet so many health documentaries, like Cold Swim: We Are England (BBC1), urge us to go for freezing dips in rivers, lakes and the sea. No thanks . . . I’ll stay warm and dry.

Flower, a hippie casualty from Woodstock, and a 1920s jazz singer named Alberta (Sheila Carrasco and Danielle Pinnock) are strong additions to the cast.

Names are altered too. A prim Edwardian lady, a politician who died without his trousers on, and a boy scout leader with an arrow through his neck still feature, but they are now Hetty, Trevor and Pete — not Fanny, Julian and Pat.

That’s what happens when seven production companies are involved. They’ve got to do something, so they change the names.

Fans of the first British series from 2019 will recognise most of the best jokes, though one or two risque one-liners also sneak in.

‘Alexander Hamilton was a terrible leader,’ complained Isaac, pursing his lips. ‘Whereas I was known for making men under me happy.’

As in most U.S. sitcoms, the set-ups are more laboured and the punchlines more emphasised. The subtlety of the original suffers, but this is still a promising comedy for the whole family.

Thor the Viking might be able to tell us whether naturalist Iolo Williams is right about a rare wading bird, the Brent goose.

Watching a flock through his field glasses on Iolo’s Anglesey (BBC2), the presenter claimed their name came from the Old Norse, ‘brandgas’, meaning burnt goose — because with their black necks and wingtips, these geese look overcooked. 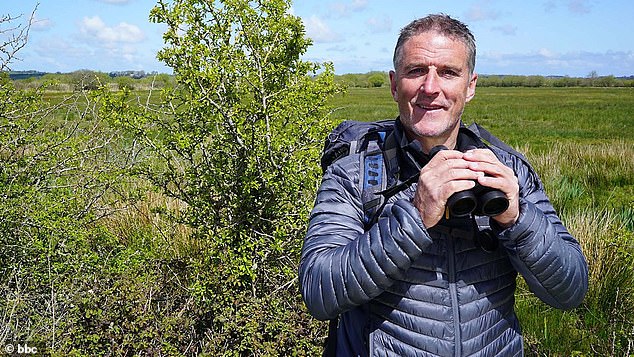 Unlike some wildlife hosts, genial Iolo (pictured) never lets his enthusiasm turn into a rant or a political diatribe. He rarely stops talking, though

He also pointed out a merlin cleaning its talons on a fence post, a wrasse foraging for mussels on the hull of a wrecked ship and iridescent dragonflies. ‘They’re smart creatures,’ he said approvingly.

Unlike some wildlife hosts, genial Iolo never lets his enthusiasm turn into a rant or a political diatribe. He rarely stops talking, though.

When he turns to the cameraman and warns him to watch his footing, it feels as though we’re out walking with him. It all adds to the charm of the show.