CHRISTOPHER STEVENS reviews the weekend’s TV: A two-hour slog, but DS Pirie is hardly nearer to closing the case

Blame the VHS player. Before the boom in home video machines in the 1980s, murder mysteries never stretched across two hours.

It wasn’t until the launch of Inspector Morse in 1987 that film-length episodes became the norm — when ITV bosses rightly guessed that, with many viewers taping shows to watch later, two hours was not too long.

The experiment proved too successful. Now, the bulk of the channel’s crime serials are 120-minute slogs, including adverts. And most don’t merit it.

A number of recent efforts, such as Professor T with Ben Miller or Roger Allam’s Murder In Provence, are just baggy. The characters are too lightweight and the plots too thin to sustain us for the length of a football match plus extra time.

Others, such as Ridley earlier this month, demand ruthless pruning. I’d chop out all of Adrian Dunbar’s nightclub crooning for a start.

For quite different reasons, Karen Pirie (ITV) — a three-part series following a cold-case investigation — is also badly suited to the extra-long format. It is a strong story, with an instantly likeable central character, the inexperienced but capable detective sergeant played by Lauren Lyle. 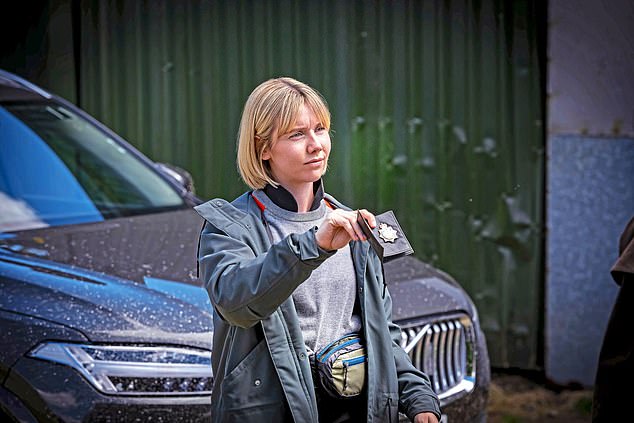 Based on a novel by the queen of Scottish noir, Val McDermid, the script is bristling with dialogue that goads strong reactions from us. When one drunken thug bellows into the night sky: ‘I just want to hurt someone,’ we’re left in no doubt that he’s going to do exactly that — making the violence that follows all the more viseral.

And it’s immediately clear how deeply the force’s top brass are steeped in cynicism when DS Pirie is picked to reopen the high-profile murder hunt. One sexist senior officer remarks: ‘I think it would help the optics if it was a female officer . . . ’

The adaptation by Emer Kenny, who also co-stars as Pirie’s best mate River, handles flashbacks deftly. The narrative flips between the killing of a barmaid in 1996 and the lives of the suspects 25 years later.

This double-barrelled story-telling hasn’t been done so well since Unforgotten, with Nicola Walker. But part of the reason Unforgotten was so good is that it followed a single investigation — in one-hour episodes.

Karen Pirie is also a single story, but lumping it into a trio of two-hour sections is wearisome. We don’t get the satisfaction of a resolution to a complex mystery. Instead, we spend a whole Sunday evening building to a cliffhanger ending.

The solution is simple, I suppose. Karen Pirie is excellent, the best new police serial this year. To enjoy it properly, all we have to do is record each part and watch it over two nights, the way we did with Morse. 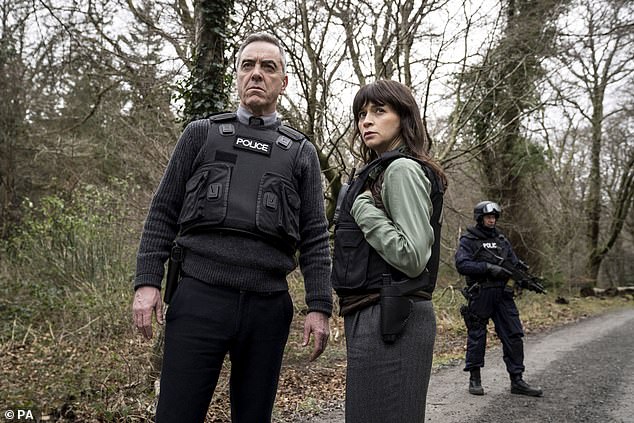 Bloodlands (BBC1), however, knows how to portion its pie. James Nesbitt’s raving mad tale of a Belfast police assassin is spread over six gripping hour-long segments, each digestible enough to keep us keen. Wherever DCI Tom Brannick goes, there’s a crowd of armed police waiting for his orders. This time, half were in black combat suits like Ninja warriors and the rest were in hairy camouflage suits, crawling through the Northern Ireland landscape like green yetis.

Nesbitt is enjoying himself, switching on a cold-eyed stare that acquires a psycho glaze as his eyes roll up in their sockets.

Pompously macho and self-consciously alpha male, he’s great at looking worried but bluffing it out each time he realises he’s potentially given himself away. Bloodlands is schlock, but it’s addictive schlock.