For England footballer Paul Stewart, the hardest part was telling his mother and father. He had buried the teenage years of abuse from a paedophile football coach, and faced the humiliation of wrecking his own career in a blizzard of drugs and drink.

But the two-mile drive to his parents’ house, on the day he finally revealed the secret ordeal that was pushing him to the brink of suicide, was almost more than he could face. ‘A son shouldn’t have to make a drive like that,’ he said.

His Tottenham teammate David White knew he could never breathe a word to his family about the sexual degradations he suffered for years from another coach. He knew his old man would kill the abuser — and he couldn’t bear to think of his father serving a life sentence in jail. He kept quiet, to protect the people he loved. 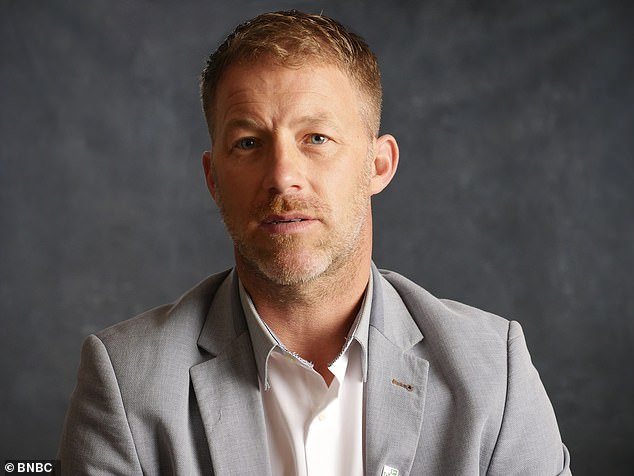 Football’s Darkest Secret (BBC1), the first of a crucial and compelling three-part documentary that continues tonight and tomorrow, was important in uncovering the abuse of boys that has been endemic in the game.

In a series of calmly anguished statements, by men whose mental torment contorted their faces like physical pain, the details were laid out of how serial abusers control their victims — the threats, the rewards, the framework of lies and, above all, the way in which sex acts are made to seem simultaneously part of ‘normal’ life and yet too shameful ever to be discussed.

Easy way out of the night:

Gyles Brandreth and Sheila Hancock tackled the first in a series of 21 locks on their Great Canal Journeys (More4), then abandoned ship. They took a taxi along the next stretch. What would Tim and Pru say?

Those figures don’t begin to tell the tale of misery inflicted on countless families over decades, or explain the complicity of many in the football world who must have known what was going on — yet said nothing. Woodward’s sheer bravery in coming forward has changed football forever.

The hurt done to him and his family is difficult to fathom.

That same theme of secrets between adult children and their parents underlies Unforgotten (ITV), the superb police drama that is hurtling towards a cliffhanging climax.

Starring Nicola Walker as burnt-out DCI Cassie Stuart, Unforgotten’s plot is a device that allows writer Chris Lang to plunge deep into his characters’ lives, exploring their secrets and their psyches. DCI Ram Sidhu (Phaldut Sharma) has alienated his father so badly that the old man won’t even look at him.

Charity boss Dean Barton (Andy Nyman) broke down as his estranged mother declared her love for him, and mother-of-two Fiona Grayson (Liz White) wrecked her whole life trying to please her father.

Bitter daughter Liz Baildon (Susan Lynch), in line for a Chief Constable’s post, was threatening to smother her mother with a pillow. All of them are being investigated for murder by Cassie, whose frustration with her own father’s worsening dementia triggered a shocking conclusion to the episode. Walker has given the performance of her life portraying the tensions tearing Cassie apart. She twitches, laughs and snarls, then suppresses all that emotion as though she’s holding down the lid of a pressure cooker.

Her fury at having her police pension withheld is fuelling a vendetta against one suspect: ‘I’d love to nail Baildon,’ she seethed, before a brutal encounter over the interview table that verged on becoming a cagefight.

Because we have learned so much about the hidden lives of these characters, our sympathies were divided. Both women were at breaking point, and we felt it.