Courteney Cox adorably filmed daughter Coco Arquette heading to her first day of senior year of high school, but the teen wasn’t exactly thrilled to be on camera.

Coco Arquette, 17, has officially started her final year of high school, and her mom Courteney Cox, 57, tried her very best at documenting the milestone moment. The Friends alum took to Instagram on Wednesday, Sept. 1 to share a montage video that featured Coco heading to her first day of 12th grade, and as fans can see in the video below, Coco wasn’t exactly interested in being on camera. “It’s the first day of the last year of Coco going to school,” Courteney said at the start of the video. “She’s a senior. Big day,” the actress added, as The Pointer Sisters‘ song “I’m So Excited” played while Courteney began to make coffee and said hi to the family’s two dogs.

Next, Courteney contacted her daughter via intercom to see if she was all ready to leave the house and head to school. “No,” Coco simply replied, to which Courteney responded, “Okay see you in the car.” Once Coco (eventually) got ready, Courteney drove the teen to school, and documented that moment too. “Dropping my baby girl off for the first day of her last year of school,” Courteney proudly told the camera while driving.

Courteney then attempted to catch Coco in the footage as they arrived at the school, but the teenager wasn’t having it. “Please stop filming,” Coco said as she placed her hand over her mother’s phone. Once Coco exited the car, the Cougar Town actress placed her phone on her lap and could be heard telling her daughter, “Have a good time!” 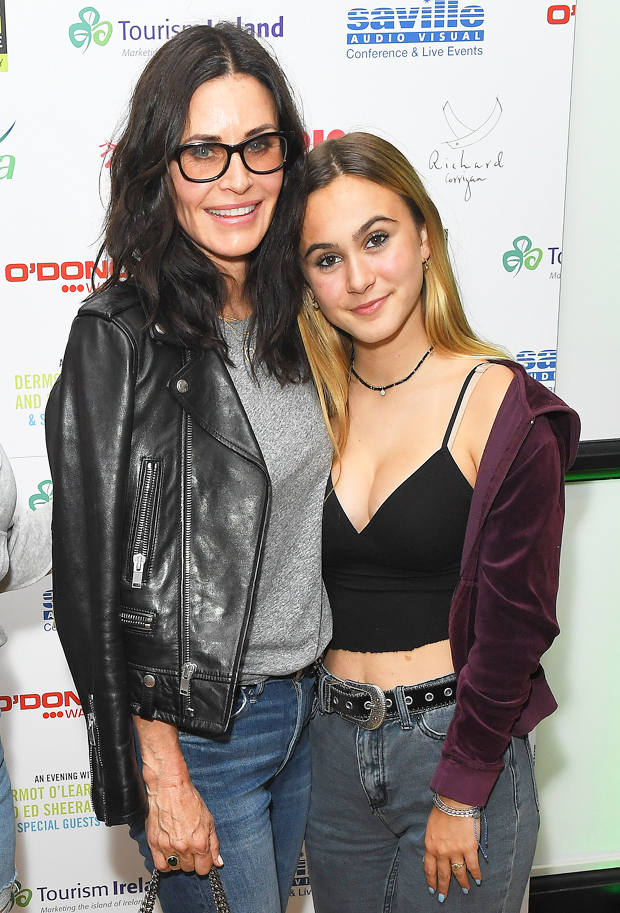 Courteney should be super proud to be Coco’s mom. The teenager has taken up a passion in music, and has showed off her incredible vocal skills in videos on Courteney’s Instagram. Most recently, Coco belted out Adele‘s “Chasing Pavements” in August, and Courteney accompanied her daughter during the performance by playing the piano.