Dan Walker, 42, was quick to comment on this evening’s Women’s World Cup game after several VAR interventions and controversial fouls. England faced Cameroon in the match in a bid to make it to the quarter-finals of the tournament. During the second half of the game, the BBC Breakfast host took to Twitter to share his thoughts about the chaotic events which unfolded on the pitch. In view of his 569,000 followers, he wrote: “This is a bit of a mess.

The BBC Sport presenter’s fans took to the comments section of his post to speak out on the eventful game.

Some disagreed with Dan about the referee being to blame for the incidents in the second half.

One wrote: “Not sure about that, Cameroon are all over the place and need to read the rule book. Ref cant force them to restart, card them and she inflames it. Keep calm and carry on and let FIFA fine them.”

Another added: “Come on Dan this isn’t the ref’s fault. What’s she meant to do when the players don’t even understand the basic rules?”

A third responded: “I don’t think the Ref was anticipating tears and tantrums over a VAR decision.” 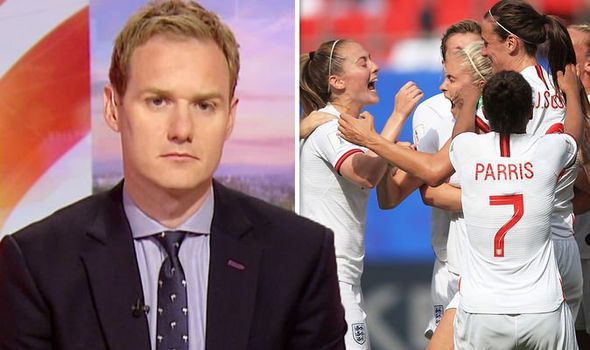 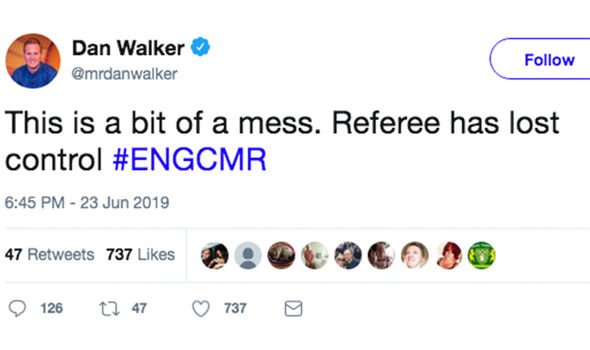 However, some sided with the BBC favourite’s opinion and criticised the use of VAR in the match.

A football fan replied: “VAR is just making a mockery of football, not sure of the quality of the refereeing either.”

A second agreed: “VAR is terrible. Football doesn’t have a clue how to use it. Complete shambles! Arguably already ruined this World Cup! Could ruin next season in the Premier League too if we’re not careful.”

A third wrote back: “Too right – beyond a joke now.”

In spite of the apparent disorder on the pitch, England went on to win 3-0 and earned themselves a place in the quarter-finals. 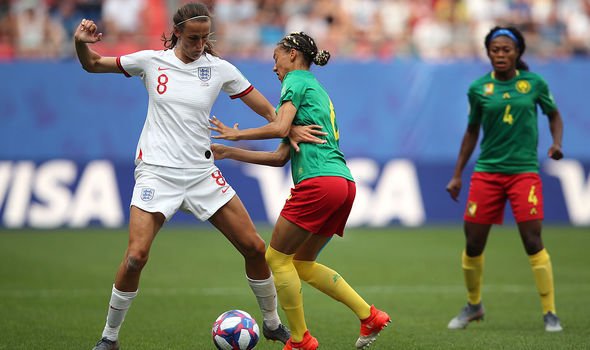 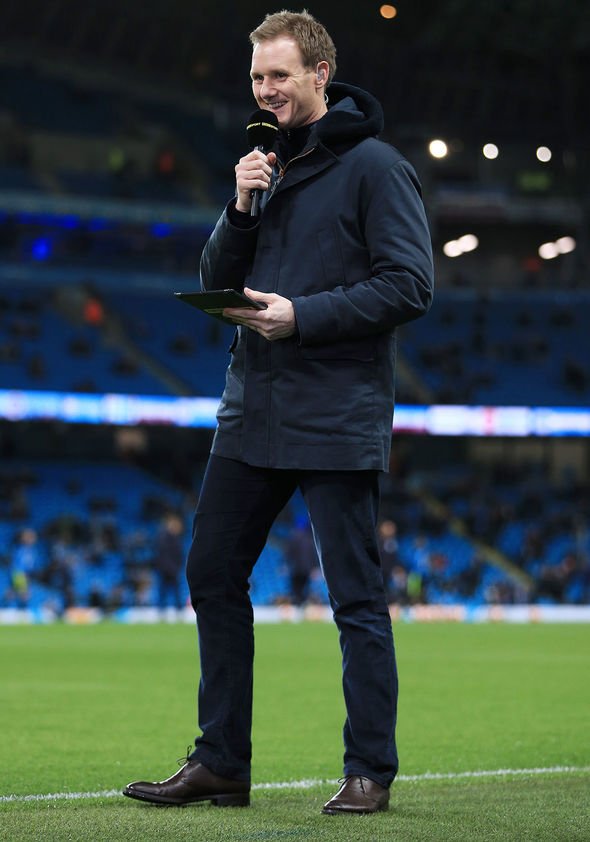 Elsewhere, Dan suggested he was “easily manipulated” on the social media platform after co-hosting a segment on BBC Breakfast discussing pets and their owners.

Revealing his own experiences with his pooch Winnie, he shared an adorable snap of the pet and wrote: “We are inundated with your examples of puppy-dog eyes this morning.

“Are you easily manipulated?

“I am a sucker for our Winnie when she gives me this face.”

BBC Breakfast airs on BBC One at 6am.