Dancing with the Stars fans received a special treat from veteran ballroom pro-Cheryl Burke. Not only did she perform her first Paso Doble since season 17 alongside celebrity partner Cody Rigsby, but their smoking hot dance also earned them scores of two perfect 10s from judges Len Goodman and Carrie Ann Inaba. Bruno Tonioli and Derek Hough gave the couple two 9s.

These scores were the best the couple had received in a season filled with roadblocks.

These included bouts with coronavirus (COVID-19) as well as a remote performance due to quarantine. Fans reacted to Burke’s dance and how the couple has bounced back from difficulty to earn a spot in the show’s semifinals. 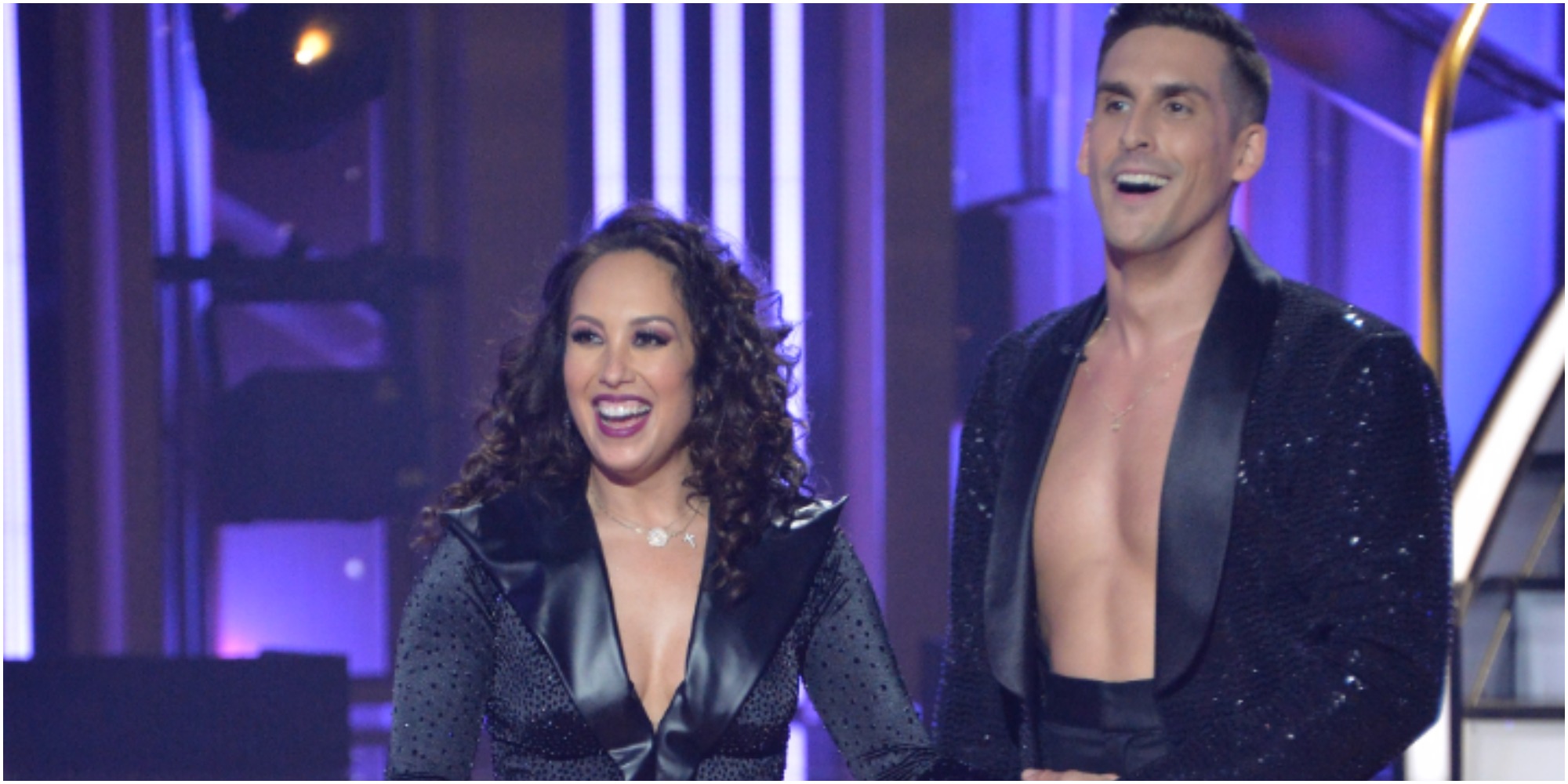 Burke began training in ballroom dance at the age of 10. Shortly after, she switched her focus to both standard and Latin dance styles and was competing around the world by the age of 13.

After that, Burke never had the chance to show off her skillset in this particular dance style. She and her celebrity partners were eliminated ahead of their scheduled Paso Dobles.

The Paso Doble is a dramatic dance that tells a story through sharp, staccato movements, striking body poses, and flamenco-style footwork. It is a passionate dance based on a Spanish bullfight where the male represents the Spanish Matador, and the woman portrays the Matador’s cape reported Bellaballroom.

The couple performed their Paso Doble to a soundtrack of Janet Jackson’s 1989 smash single, “Black Cat.”

The panel of judges called the performance one of Rigsby’s best dances of the season.

Head Judge Len Goodman praised Burke for her choreography. He called the Paso Doble “a man’s dance,” and Burke allowed her partner to take the lead with a presentation that showed off his growth as a ballroom performer.

Fans appeared to agree with Goodman’s remarks. They shared their commentary on Instagram.

“The BEST of the night! Should’ve been all 10s!” wrote one follower.

“Not a huge fan of him. But this was phenomenal, and it was his breakthrough dance so far. Very proud of his progress,” claimed a second viewer.

“He deserved those scores! I thought he had been underscored all season! Finally, some well-deserved scores,” penned a third Instagram user.

“I swear people are mean to Cody for no reason. He truly is improving, and this was indeed his best routine so far. If he leaves after all that hard work, then that would be a huge shame as he brings fun to the season,” remarked a fourth fan.

Burke and Rigsby are headed to the show’s semifinals, which will air on Nov. 15.

Dancing with the Stars airs Mondays at 8 p.m. EST on ABC.