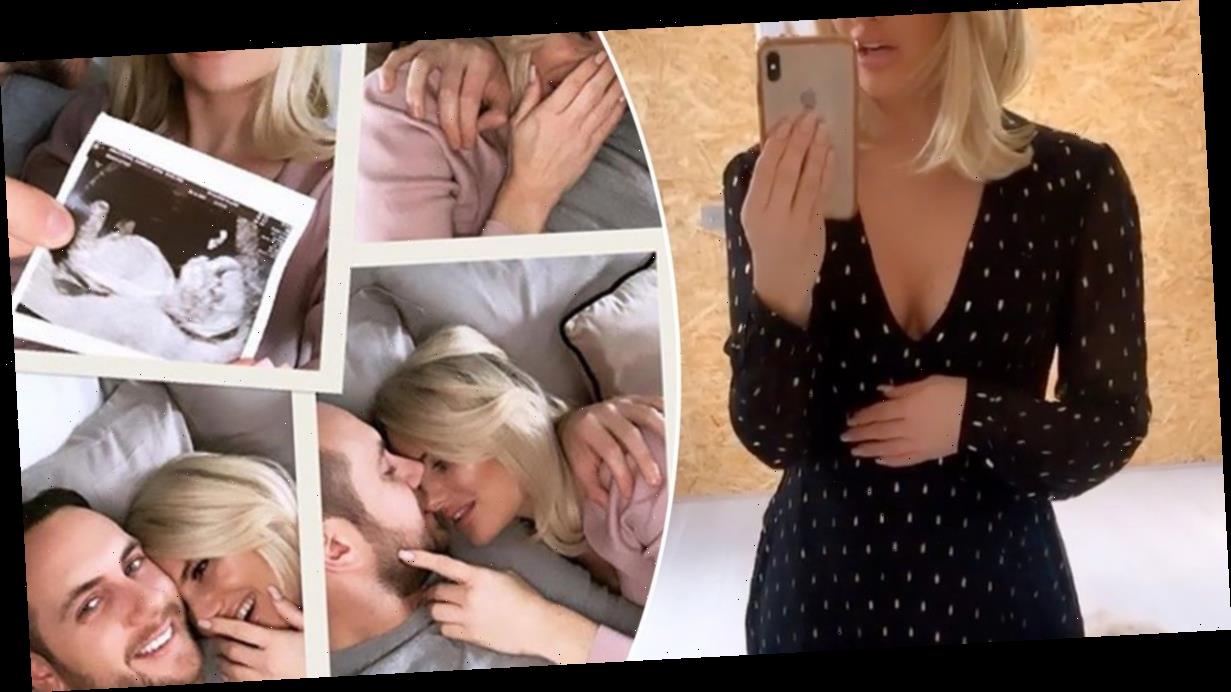 Danielle Armstrong showcased her maternity style as she shared fashion tips with fellow mums-to-be on Instagram after announcing her pregnancy.

The former TOWIE star, who is expecting her first child with new boyfriend Tom, took to Instagram to show off a series of outfits from her clothing line, Danni Boutique, as she concealed her bump after the announcement.

Danielle, 31, posed in a stunning flowy dress in the video, which she revealed she loved because it has “so much room” in it.

Danielle announced her pregnancy on Wednesday in a sweet social media post with snaps alongside her beau Tom, who has been her best friend for 22 years.

Showing off her ultrasound to fans, the blonde beauty looked smitten as she revealed her child will arrive in May. She captioned the post: “The Best Part Of Us Will Be You.”

She later took to her Instagram stories to elaborate on the news, telling fans: “Hi guys, I just wanted to do a quick insta story obviously the news is now out.

“Anyway I'm so excited. I just want to say thank you to everyone who has been sending me messages.

In September Danielle revealed she had found love again with her best friend of over two decades following her split from former boyfriend Daniel Spiller.

Sharing the news of her new relationship on Instagram as they went public with the romance, she wrote: “Life has a funny way of working out just when I decided to give up on love my friend of 22 years swept me off my feet.

“You don’t find love it finds you, it’s got a little a to do with destiny & fate, and what’s written in the stars #mybestfriend #love #happiness.”

Danielle and Daniel had been dating on and off since late 2016, but split for good in June.

Before that, the reality TV star was in a relationship with her TOWIE co-star James Lock, who she dated for four years.

TOWIE stars: Past and present

Danielle revealed on the ITVBe show that she had suffered a devastating miscarriage during the relationship, saying at the time: “We went to have our first scan and the doctors told me I was in the middle of having a miscarriage.

“When I found out I was pregnant, I didn't know whether I wanted to keep it.

“I didn't want to bring a baby into our relationship when we were arguing so much. But I lost it anyway.”

END_OF_DOCUMENT_TOKEN_TO_BE_REPLACED

END_OF_DOCUMENT_TOKEN_TO_BE_REPLACED
We and our partners use cookies on this site to improve our service, perform analytics, personalize advertising, measure advertising performance, and remember website preferences.Ok