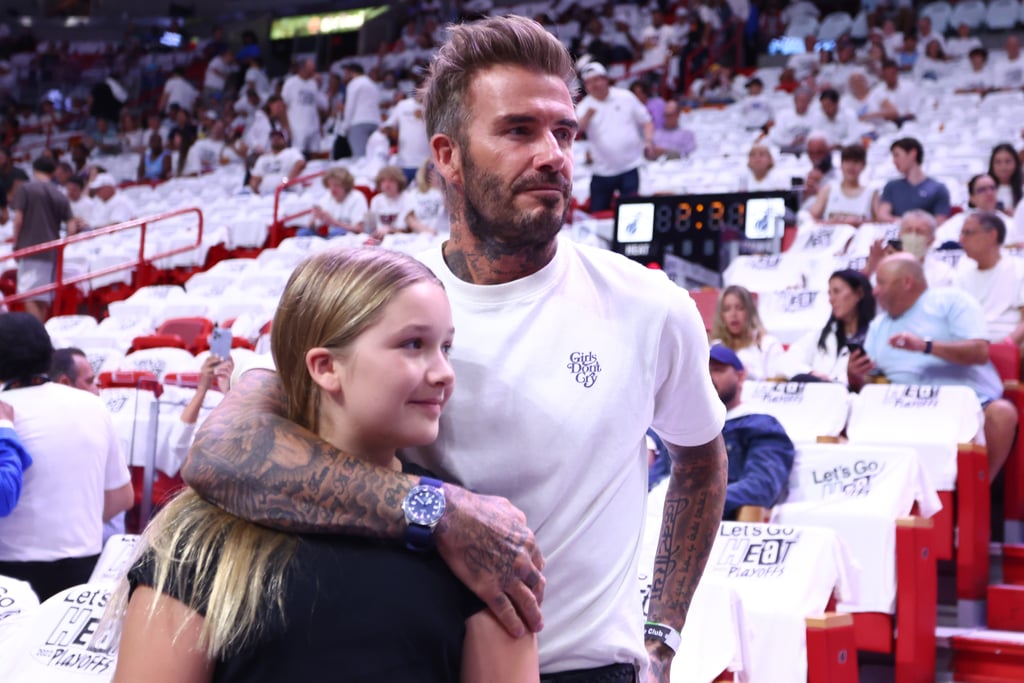 David and Harper Beckham’s relationship gets cuter by the day. The father-daughter duo looked like they had the time of their lives when they attended The Weeknd’s concert in Miami on Aug. 6. Sitting side by side at the Hard Rock Stadium, the former professional soccer player and his 11-year-old daughter sang and grooved along to The Weeknd’s hit songs, including “I Feel It Coming” and “Out of Time,” smiling from ear to ear and laughing the whole time. Plus, they met the Grammy-winning artist backstage and took a group photo, making the evening one for the books.

Lucky for us, David treated fans to plenty of adorable footage from their night out. He shared several videos of himself and Harper enjoying the concert, including one of him accidentally singing the wrong lyrics. He referenced the mess-up in his Instagram caption, writing, “Embarrassing dad moment 😂 timing was a little off but we got there in the end and I made HarperSeven laugh.” The Weeknd himself commented with praise hands and a red heart emoji. The father of four also posted a clip of Harper poking fun at his moves, writing, “I know I posted one video but our little girl is so cute I had to post another cause she is mocking the dad dance whilst being so cute @victoriabeckham.”

The Beckhams have had quite the busy summer, recently returning from a jam-packed yacht vacation around Europe that included stops in Saint-Tropez and the coast of Italy. The youngest of the Beckham kids — Harper, 17-year-old Cruz, and 19-year-old Romeo — joined in on the getaway, while 23-year-old Brooklyn instead enjoyed his honeymoon with wife Nicola Peltz Beckham in the South of France.

Read ahead to enjoy videos of David and Harper living it up at The Weeknd’s tour stop in Miami.