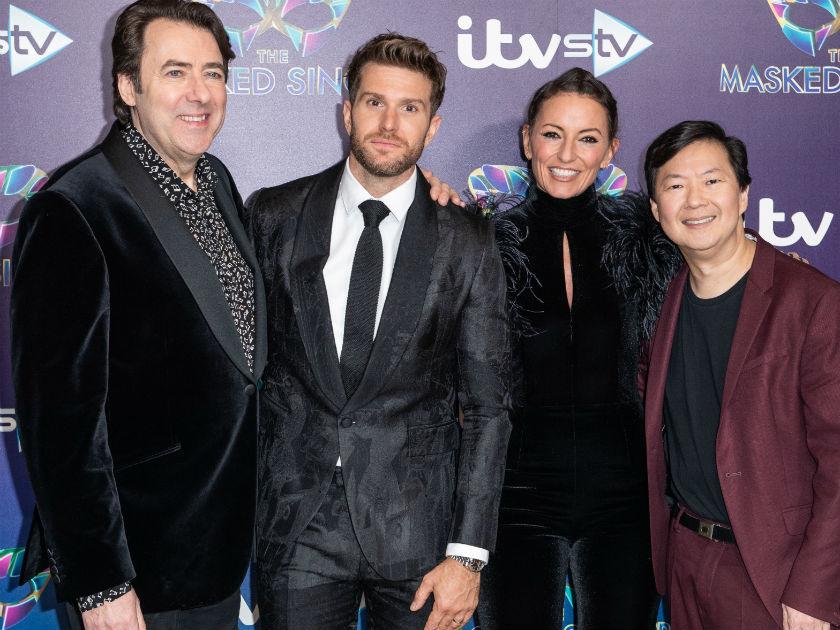 Davina McCall  , 52, sits on the judging panel of the new ITV talent show – which gives it’s rival entertainment shows a run for their money.

The bonkers show has gone down a treat with viewers, with many obsessing over who is hidden beneath the costume.

Davina is overjoyed at news the show has been commissioned for a second series.

She shared a snap of the announcement made by ITV on her instastory.

And Davina reacted with, ‘Yaaaaaaay!’

It’s understood all panelists will return, Davina is joined by Jonathan Ross, Rita Ora and Ken Jeong, to work out who the singers are behind their disguise.

Celebrities hidden inside giant character costumes compete in a singing contest, with the least favourite two at risk of an elimination sing off, in which the loser’s identity is revealed.

A source confirmed, ‘It was a ­no-brainer to go for a second series. The show has been a massive hit. It’s has the whole country talking. People either love it or hate it but everyone seems to have an opinion on it.’

The insider added: ‘After some high-level meetings, everything was agreed and now a second series is definitely happening.

‘Everyone at ITV is thrilled The Masked Singer will be back.’

It will be interesting to see which top celebrities they can persuade to take part in the second series. Maybe some of the incorrect guesses could pop up?

Come on David Beckham… you know you’d love to! and if former Manchester United teammate Teddy can give it a go, so can you…

Let’s hope the costume department have their sewing machines at the ready because they’re going to be busy!