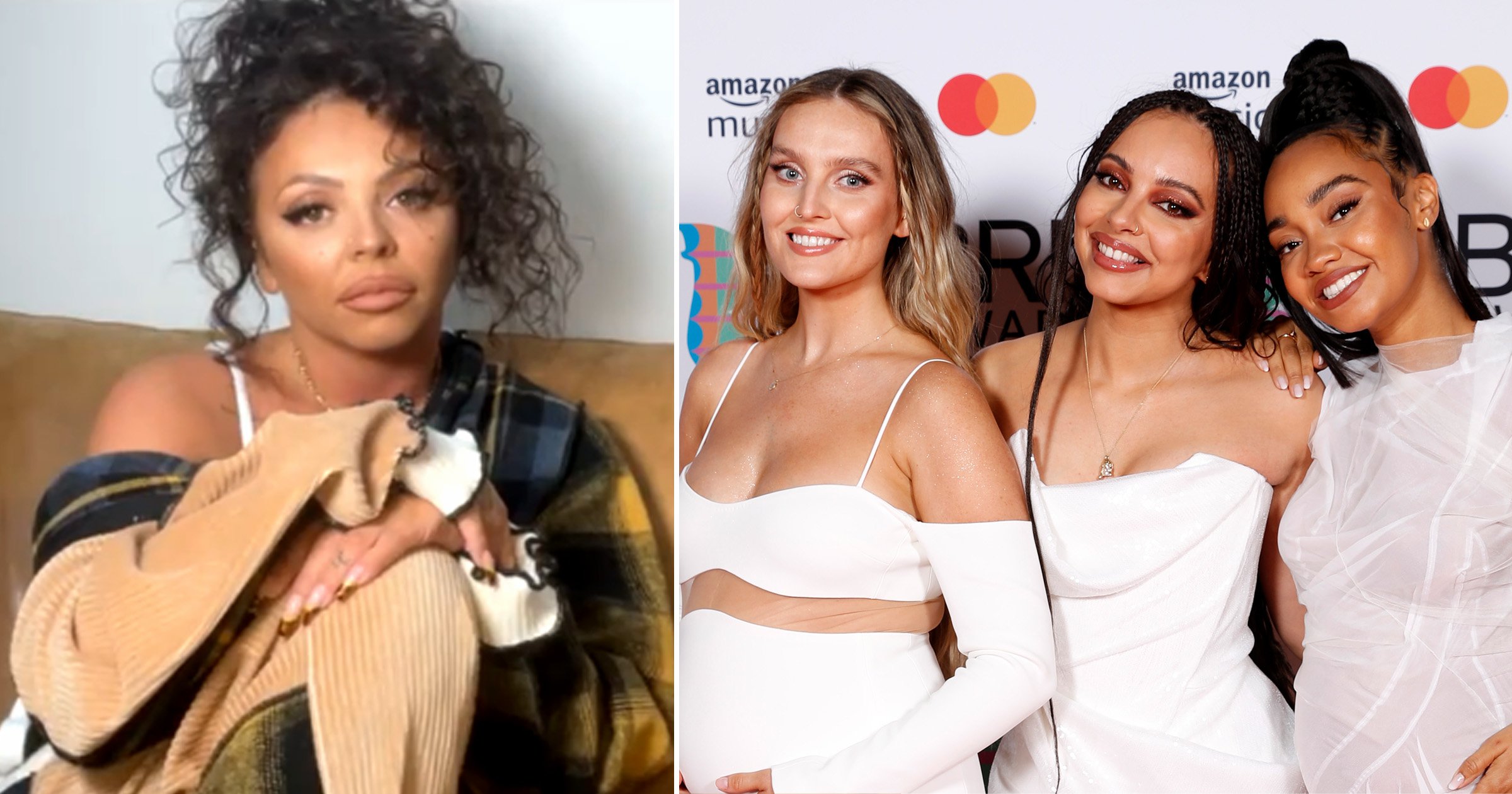 Jesy Nelson has been left ‘devastated’ after her Instagram live chat with Nicki Minaj sparked an onslaught of online backlash and very public fall out with her former Little Mix bandmates.

On Monday night, promoting her debut single Boyz which was released last Friday, the singer, 30, spoke in depth with rapper Nicki, 38, over accusations of blackfishing due to her deep tan, curly hair and styling in the video, which is a remake of the original 2001 video for P Diddy’s Bad Boys For Life.

Amid allegations of blackfishing on Twitter, Instagram influencer @NoHun_ shared unverified DMs allegedly from Little Mix singer Leigh-Anne Pinnock in which the star seemingly called Jesy ‘horrible’ and accused her of blackfishing and cutting her bandmates off.

Naturally, the row was the hot topic of conversation when Jesy and Nicki spoke to millions on social media, with the US star appearing to call Leigh-Anne a ‘f**king clown’ while Jesy was seen laughing along in the background.

Subsequently, the now solo star – who has been notoriously open about her own mental health struggles, confirming in a BBC documentary she once tried to take her own life – has been left ‘devastated to have caused offence’ and is ‘turning to friends and family for support’.

A source told Metro.co.uk: ‘What should have been a positive and happy celebration has been somewhat tainted by what has started to feel like a personal attack against her.

‘It’s starting to become a Little Mix vs Jesy storyline, when ultimately the band and Jesy have always stood for women supporting women and so it’s a shame to see this taking such a sour turn.

‘Jesy has been saddened to hear that so called friends have been encouraging online hate towards her, and whilst she appears in a much better head space after going solo, friends and family are checking in with her daily to make sure she’s okay.’

The insider told us that as soon as accusations of blackfishing came in thick and fast following the release of Boyz, she turned straight to hip-hop superstar Nicki.

‘Working with Nicki and P Diddy on the first single was a dream come true for Jesy as she has always been a massive fan of both respected artists,’ the source continued.

‘She’s devastated to have caused any offence and one of the first people she spoke to was Nicki to talk it through. She won’t make any excuses as Jesy understands she still has a lot of learning to do and takes full responsibility for not always getting it right.

‘It’s been a tough lesson but she wants to continue to learn and grow and Jesy fully understands why this conversation needs to happen.’

A source close to Little Mix however, also stressed to Metro that Little Mix have not been attacking Jesy, telling us: ‘Obviously, that’s not true.’

During the Instagram live, Jesy admitted that her deep tan was brought up by Leigh-Anne on the set of the video for Sweet Melody, the last single Jesy worked on with the group.

She said: ‘I never ever would want to offend anyone. I just want to spread love and celebrate this, because this is a f***ing great song. The video is so iconic and I wanted to pay homage to Diddy as well because that’s such an iconic video. He loved it, he saw the video and he accepted it, he didn’t have a problem with it.

‘It’s just hard for me, because like you said, I was in a group with two women of colour for nine years and it was never brought up to me up until the last music video I did with them, when she messaged me and said, “Jesy, I just want to make you aware that…”’

The former X Factor winner also defended herself and said that her look was down to tanning easily and having naturally curly hair.

Jesy said: ‘I want people to know that when I was in the video with [Nicki], I didn’t even have any fake tan on. I’d been in Antigua prior to that for three weeks, and I’m just really lucky as a white girl that when I’m in the sun, I tan so dark. Leigh-Anne even said to me in the group, “are you sure you’re not mixed race, because you go darker than me in the sun, it’s crazy”.’

Jesy recently confirmed she hasn’t spoken to the rest of Little Mix since leaving the group, but called them ‘sisters’.

Metro.co.uk has reached out to a spokesperson for Little Mix on this story.