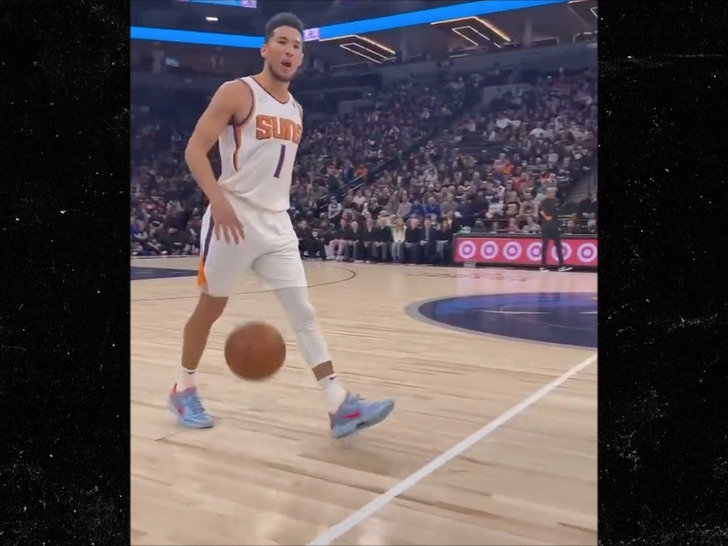 Devin Booker was so pissed off at a courtside heckler on Wednesday night … he berated the dude and called him a “p***y” in the middle of a play!!!

The wild scene all went down at some point during the Suns’ road game with the Timberwolves … when Booker clearly had enough of a hearing a Minnesota fan’s taunts.

The Phoenix superstar was dribbling up the court, and after the guy said something to him, Booker looked him in the eye and screamed, “Shut up, p***y!”

Video shows the fan and people around him were shocked by what they just heard … especially after Booker calmly cruised past the halfcourt line to initiate the offense.

The fans giggled after the diss — but Devin was able to get the last laugh on the scoreboard … leading Phoenix to a 125-116 win.

Of course, the exchange is no doubt going to cost Booker some money — because everyone from Kevin Durant to Jusuf Nurkic has been fined for their roles in recent heated interactions with fans.

But, Booker’s in the middle of a 5-year, $158 MILLION contract — plus he’s dating Kendall Jenner. So, yeah, something tells us the dude will pay whatever fine comes his way easily.