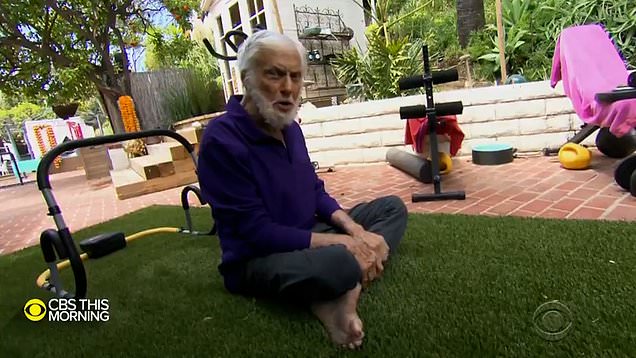 Dick Van Dyke has given fans a glimpse into his workout routine as he reveals how he stays so spritely at age 95.

The Mary Poppins actor was filmed doing sit-ups and leg-raises in the back garden of his Malibu home and you can’t fault his dedication in the slightest.

‘I’m 95 and a lot of my friends won’t do these,’ he revealed as he got to work, lying on the grass and holding onto a bar.

He’s keen to impart his wisdom, advising others his age to take on a similar exercise regime, saying on CBS This Morning: ‘All you old guys out there – listen to me, I’m telling you. I’m still dancing! And singing.’

The actor, who previously joked that he’s ‘circling the drain’, showed off his commitment in the Emily Blunt film Mary Poppins Returns, which filmed when he was 91.

He revealed in the interview that he was given three options of dance routines in his role as Mr Dawes Jr – and picked the hardest to prove he could do it. 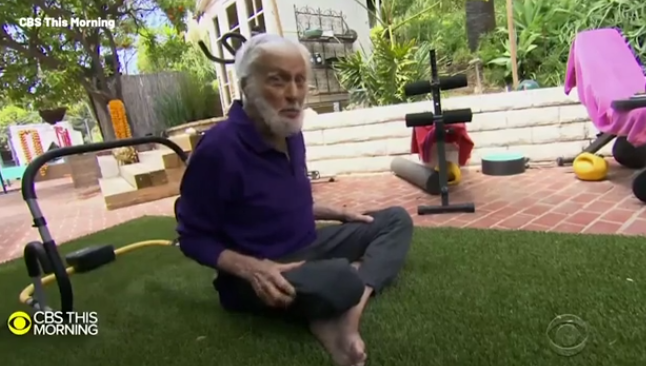 We have no doubts.

Dick has made no secret of loving later life, recently spotted grinning away as he stole the show at the Kennedy Center Honors.

Brandishing a cane, he imparted some wisdom as he spoke at the event, joining stars like Garth Brooks as an honouree.

Meanwhile, while he’s achieved mountains of acclaim and awards during his career, winning a Tony, a Grammy and an Emmy, he’s still dreaming big.

Asked what was next for him, Dick answered: ‘I think the next thing is a knighthood.’

Strictly speaking, as a non-British citizen, Dick cannot be bestowed with the title ‘Sir’ officially – however, he can join the ranks of honorary knights and dames and affix KBE to his name.

Give the man what he deserves!