Did Diana Really Want To Move To America With William And Harry?

When Prince Harry and Meghan Markle pulled the plug on their working relationship with the royals and decided to uproot their family from London to California, the move shocked a lot of people on both sides of the pond. Apparently, the Duke of Sussex wasn’t the first royal to consider a move to greener pastures — or in this case, surf, sand, and sunnier weather. Princess Diana also reportedly considered a move to the United States before her untimely death in 1997.

While there’s no doubt that Princess Diana was one of the biggest celebrities of her time, she didn’t want to move to the U.S. to become a bigger star — even if Hollywood actor Kevin Costner reportedly wanted her to appear in a proposed sequel to “The Bodyguard.” Instead, and just like her son Harry, she wanted to get away from the paparazzi and the tabloid press back in Britain, as detailed in Newsweek.

Her former butler Paul Burrell told ABC News in 2003 that Diana had already picked out the perfect place. “She said, ‘This is our new life, just won’t it be great, think of the lifestyle the boys — nobody’s judgmental here in America, you don’t have the class system, you don’t have the establishment,'” Burrell recalled. To find out where Diana wanted to start her new life, keep reading below!

Inside the California dream that never happened 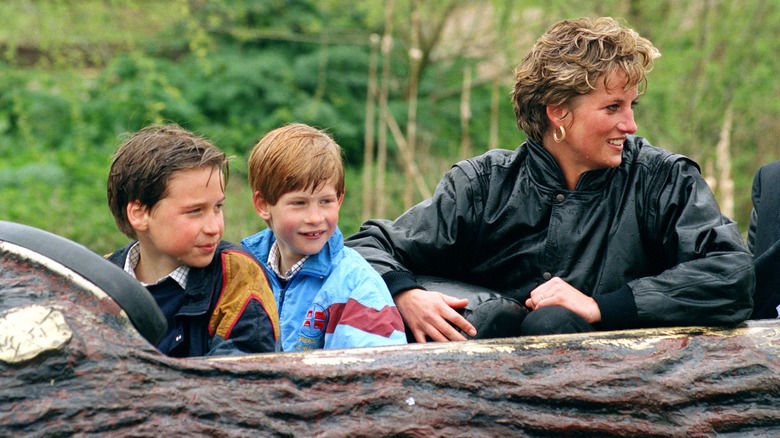 Shortly before she died, Princess Diana wanted to move to Malibu to start a new life for herself, Prince William, and Prince Harry. Reportedly, Diana fantasized about becoming the first lady of the United States, according to the book, “The Way We Were: Remembering Diana,” written by Diana’s former butler Paul Burrell. “She’s been a huge fan of Jackie Onassis for years, and a huge admirer, too, of Nancy Reagan and Hillary Clinton. But Jackie Onassis had the edge. And she fantasized about redecorating the White House,” Burrell wrote (via ABC News).

However, Diana found another dream home thousands of miles away, reportedly hoping to buy Julie Andrews’ home in Malibu. At the time, Lady Di didn’t think her move would cause a ruckus with the royal family or Queen Elizabeth II. “She’s [Princess Diana] not going to be king. Neither are her kids going to be queens. Why couldn’t they come and spend a portion of their time in America?” Burrell said, per ABC News. “That would be very stiff and staunchy if the queen would say, ‘No, they can’t go to America.'”

While Princess Diana never got to realize her dream of moving to America, Harry and his wife Meghan Markle certainly did, in a seismic move that the press has dubbed as “Megxit” — and yes, it did ruffle quite a few feathers at the palace. But just like his mother, Harry has learned to do things his way, anyway.