Did Madonna fly to the Hamptons for Steven Klein’s birthday party? 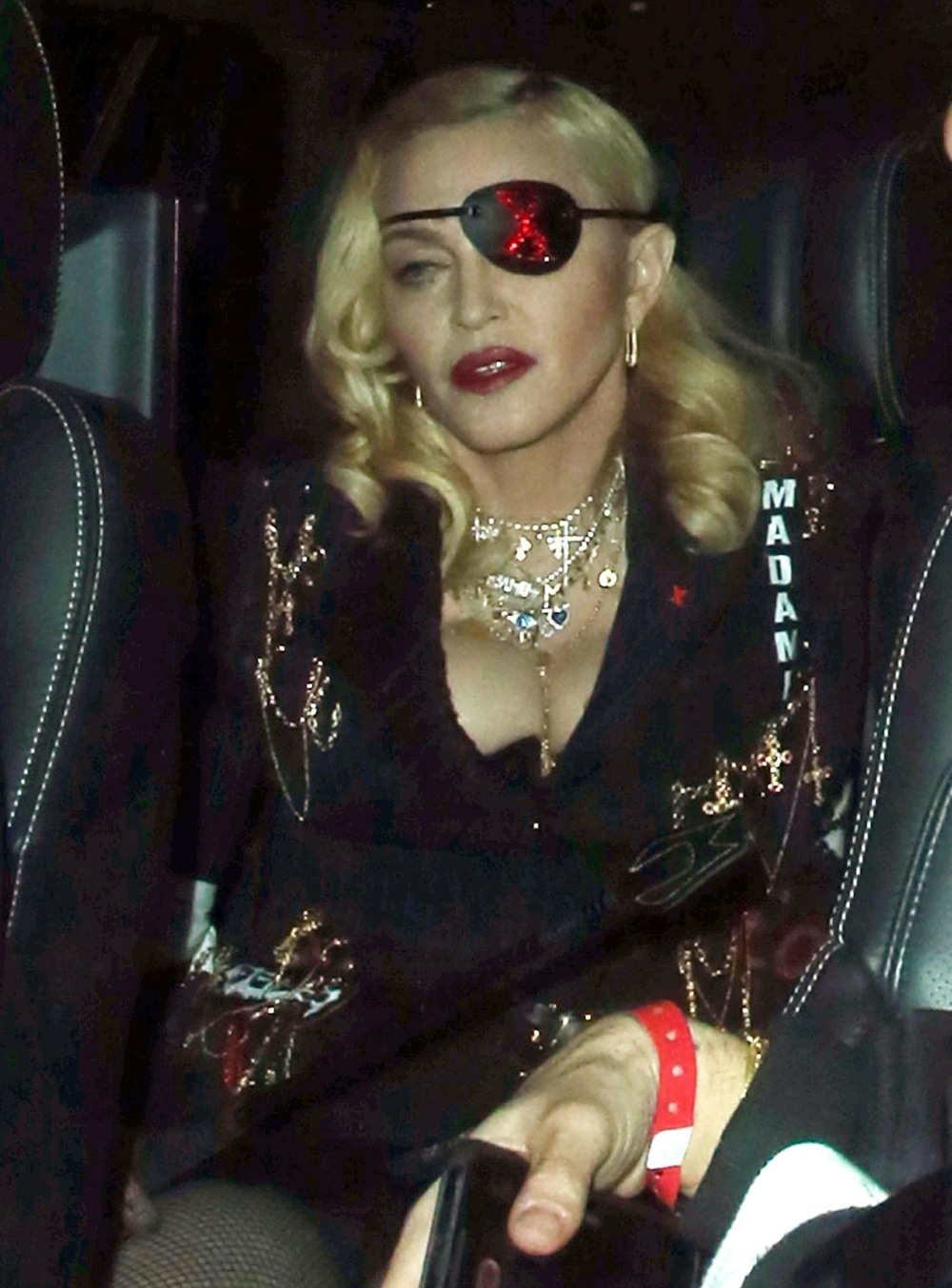 There was a Madonna drama over the weekend, but I’ll admit to not paying much attention to it before now. Madonna, as we know, has been especially bonkers during the coronavirus pandemic. She (very allegedly) went into lockdown and began doing these completely tone-deaf Quarantine Diary videos. Even Madonna’s long-time friends feel like she’s lost the plot and coming across as “sad” and “crazy.” Last week, Madonna also claimed that she tested positive for corona antibodies too, although no one knows if that was another sad “look at me!” stunt. Then there was this weekend’s controversy: did Madonna fly to Brighthampton, NY to party with photographer Steven Klein for his birthday?

Madonna caught heat for snuggling with a pal at a not-distant social gathering on Saturday night. But Page Six has learned that she may also have been crisscrossing the globe while waiting to find out if she’s had COVID-19. Last we heard, the pop legend was quarantining in the UK, where she’s been firing off her bizarre musings about the crisis on Instagram. But we’re told the party she attended for photographer Steven Klein’s birthday was in Bridgehampton, NY.

The singer just revealed Friday that she tested positive for antibodies, suggesting that she unknowingly had the illness but recovered from it. The birthday party was hosted at Klein’s horse farm, West Kill Farm, and attended by nightlife legend Susanne Bartsch, performer Joey Arias and Marcy Richardson, a pole dancer who appeared in “Hustlers.” It was broadcast on Zoom by V Magazine.

Bartsch is something of a repeat social-distancing offender. Back on March 25, Page Six reported that she drew the ire of some in the nightlife community by throwing a “small party” at her Chelsea Hotel apartment in spite of the rules of lockdown. Reps for Madonna didn’t get back to us.

So, Page Six heard that Madonna was in lockdown in the UK, but this whole time I thought she was in lockdown in Manhattan. Traveling to Bridgehampton always would have been bad, but there’s a difference between “flying from England to the Hamptons” versus “driving from Manhattan to the Hamptons.” The result is the same – she was not social distancing, and neither were all of the people at Klein’s party. So, after doing her sad uncool Quarantine Diary sh-t, Madonna couldn’t even hold it together past seven weeks, even after allegedly testing positive? Mess.