After making a name for herself on TikTok, Dixie D’Amelio kicked off her singing career with her first single, "Be Happy," on June 26. The emotional track resonated with many fans, and its raw music video only highlighted its theme of sometimes having bad days. On Sunday, Sept. 20, D’Amelio will drop an alternate video for the song, and judging by a new clip the star teased on her YouTube channel, it’s going to be really steamy. Dixie D’Amelio and Noah Beck kissing in her new "Be Happy" video has fans eager to see the full scene this weekend.

D’Amelio’s "Be Happy" served as her big debut in the music world, so fans didn’t know what to expect from her at first. From the title, fans thought "Be Happy" was going to be about staying positive, so you could imagine their surprise when it turned out to be the exact opposite. Although the song is upbeat, its lyrics are actually about sometimes not being in the mood to put on a happy face. "Sometimes I don’t wanna be happy/ Don’t hold it against me/ If I’m down just leave me there/ Let me be sad," D’Amelio sings in the chorus.

To go along with the all-too-relatable theme of wanting to be left alone, D’Amelio shared her "Be Happy" music video on July 1. The clip showed the star by herself at home, where she spent the day scrolling through her phone, playing with her dog, and taking a bath.

Now, after releasing her "Be Happy" remix with Blackbear and Lil Mosey on Sept. 9, D’Amelio is preparing to drop another music video for her track. Get this: She definitely won’t be alone this time around because Beck — a popular TikToker who is rumored to be dating D’Amelio — will be her co-star and they’re going to kiss.

If you don’t believe me, watch this sneak peek of D’Amelio’s second "Be Happy" MV, which shows the stars getting extremely flirty, below.

In case you didn’t catch it, D’Amelio and Beck’s almost-kiss happens near the 7:51 mark. It’s a blink-and-you’ll-miss-it moment and ends just as they’re about to touch lips. 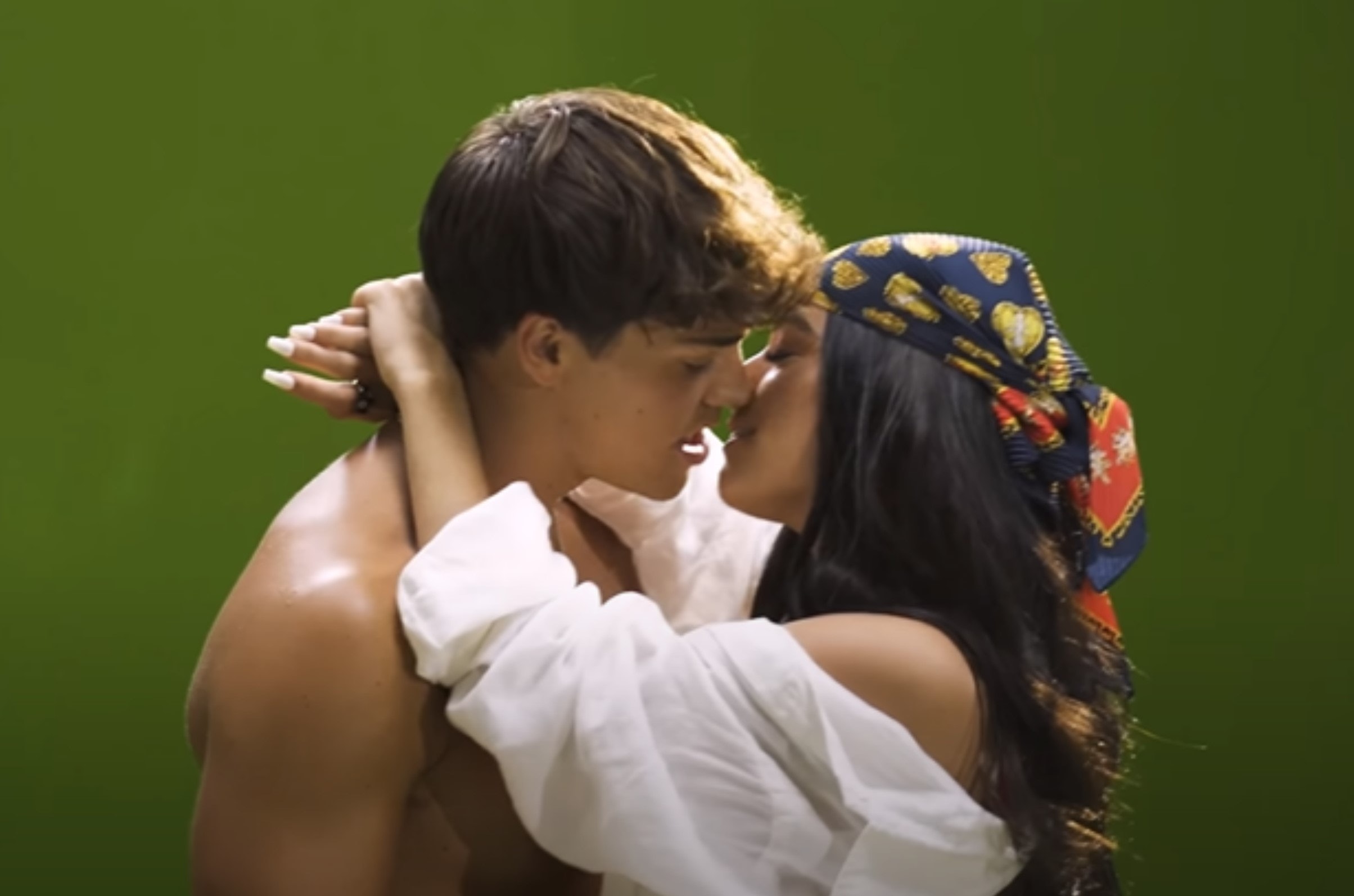 Fans can likely see the pair kiss for real when D’Amelio’s latest "Be Happy" video premieres this Sunday, Sept. 20.