Drake Bell appeared to rebrand as a Spanish-language singer complete with a new last name, and fans are trying to understand why 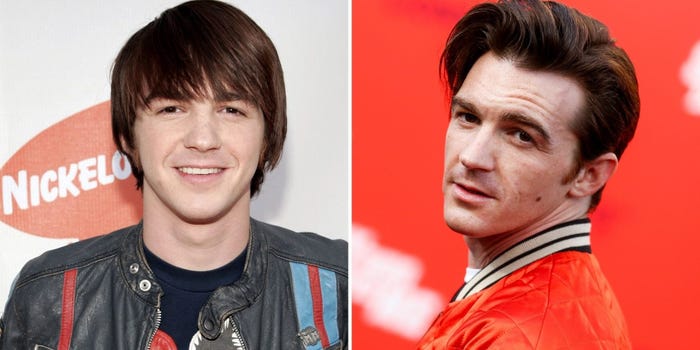 Drake Bell is known for starring alongside Josh Peck in "Drake and Josh" on Nickelodeon from 2004 to 2007. 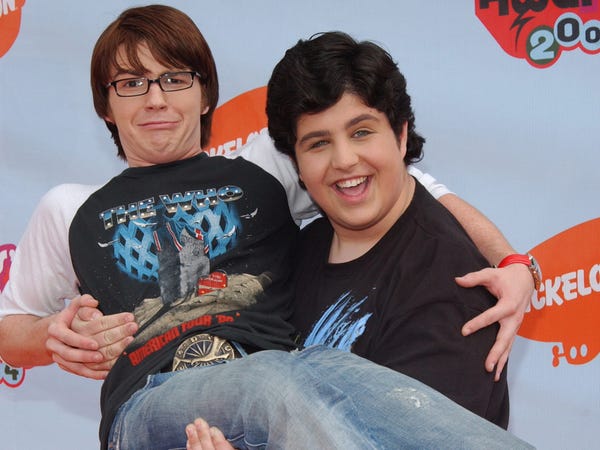 Bell got his start in acting when he starred in the show "Home Improvement" in 1994 at around 8 years old.

From 1999 to 2002, he appeared on "The Amanda Show," the sketch comedy series on Nickelodeon hosted by Amanda Bynes and other young actors, many of whom would go on to become stars on the network. 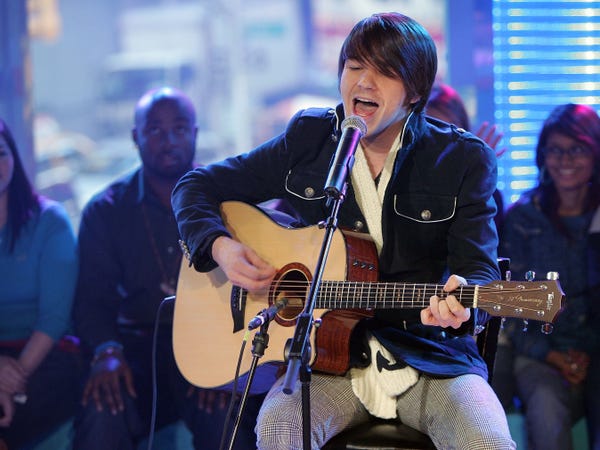 Bell also had acting roles in the 2005 remake of "Yours, Mine & Ours," and starred briefly in other Nickelodeon shows, including "Victorious."

In the mid-2000s, he continued to grow his music portfolio. Bell released his first album "Telegraph" in 2005, followed by "It's Only Time" in 2006, which included one of his arguably more famous songs, "Makes Me Happy."

In 2018, Bell released his first Spanish-language single and in 2019, tweeted that he would only be writing in Spanish on social media. 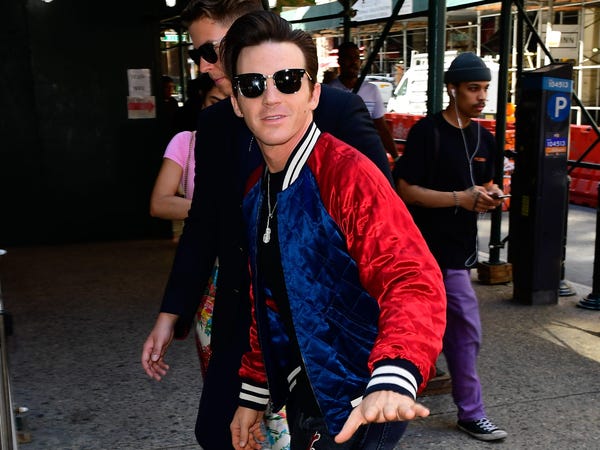 Bell first released his song "Fuego Lento" in 2018 and an accompanying music video in 2019, which includes both English and Spanish lyrics.

After "Fuego Lento," Bell continued to released music in Spanish, such as another single, "No Perdamos Más Tiempo" with Jorge Blanco, in 2019.

In November 2019, Bell tweeted that moving forward, his social-media pages would only be in Spanish, not English.

A recently resurfaced picture Bell shared in 2019 shows a Mexico ID card that reads "Drake Campana" — with "Campana" being the Spanish word for "Bell."

Bell shared the Instagram post in November 2019 of a picture of an ID card that appears to be his own. Some fans speculate that the singer permanently relocated to Mexico, though at the time of writing, Bell's geographic location on his Twitter account bio says Los Feliz, California.

Fans have also noticed that the musician recently changed his name on social media to Drake Campana. 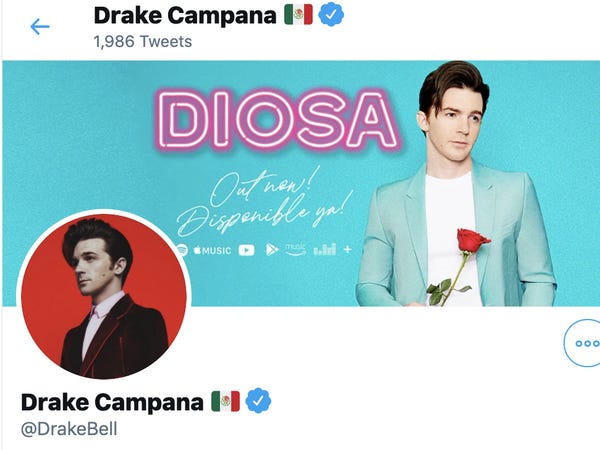 The singer's Twitter account, at the time of writing, says "Drake Campana" with an emoji representing the Mexican flag. His Instagram username is also "Drake Campana."

Fans have recently taken note of the musician's apparent rebrand and are reacting on Twitter.

Throughout 2019 and 2020, the former Nickelodeon star has continued to release Spanish-language singles and an album, "Sesiones en Casa." 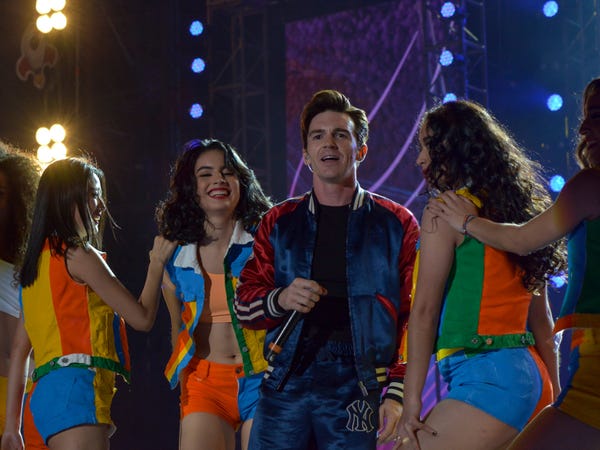 In an interview with Esquire Mexico published in July, Bell said that growing up in Southern California, he was inspired by Mexican culture and often visited the country.

When asked about his 2020 song "Diosa," he told Esquire Mexico that he "wanted to do something for the fans of Mexico, with Latin rhythms."

"I wanted to do something like what I have heard on my tours and visits to Mexico. I love writing in Spanish. It's a beautiful language," Bell said in the interview.

Some Twitter users are speculating that Bell's rebrand could be his response to abuse allegations made by his ex-girlfriend earlier this year. 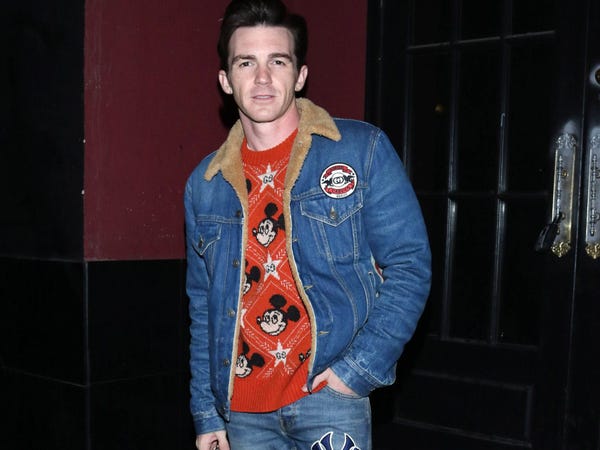 In August, Bell, via a statement obtained by Variety, denied allegations of abuse made by his ex-girlfriend Melissa Lingafelt in a series of TikTok videos. Lingafelt said that during her relationship with Bell, which ended 10 years ago, she was a victim of verbal abuse and physical abuse.

"I never abused my ex-girlfriend or did so many of the other things Melissa falsely claimed on her TikTok video," Bell said in the statement shared by his representative with Variety. "As our relationship ended — more than a decade ago — we, unfortunately, both called each other terrible names, as often happens when couples are breaking up. But that is it."

Bell's statement continued: "Clearly, Melissa still felt close enough to me just last year that she was comfortable reaching out to ask me to provide her with financial support during a tough time (which I did). I do not know if today's behavior is some kind of misguided quest for more money or attention. But I cannot and will not allow these offensive and defamatory allegations to go unchallenged and I am reviewing my legal options."

As BuzzFeed reported, some Twitter users have speculated that perhaps his focus on Spanish-language music and last name change are ways of rebranding following the abuse allegations.

Fans of Bell seem to be divided between praising his Spanish-language music and expressing confusion at the pivot. 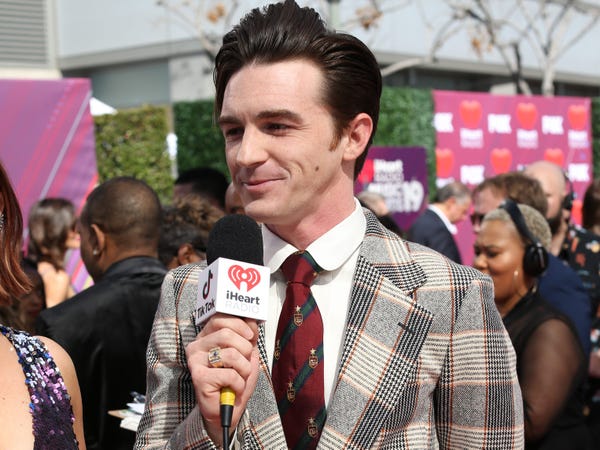 Bell seems to have an audience for his Spanish-language songs. His song "Fuego Lento" is his most popular song on Spotify based on the number of listens. Likewise, his single "Diosa" is his third most popular single on the music-streaming platform. (The "Drake and Josh" theme song is the only track standing between the two.)

Some fans on Twitter have shared videos praising Bell's new music. Other online followers of the singer seem to be expressing confusion at Bell's pivot, even though he's been releasing Spanish-language songs for more than a year.

For example, the musician promoted his Cameo account both in English and in Spanish in an Instagram video on Saturday, which prompted users to share their confused sentiments in the comments.

"What is with the name change?" one user asked.

"The Spanish had me shook," another user wrote.

Representatives for Drake Bell did not immediately respond to Insider's request for comment.