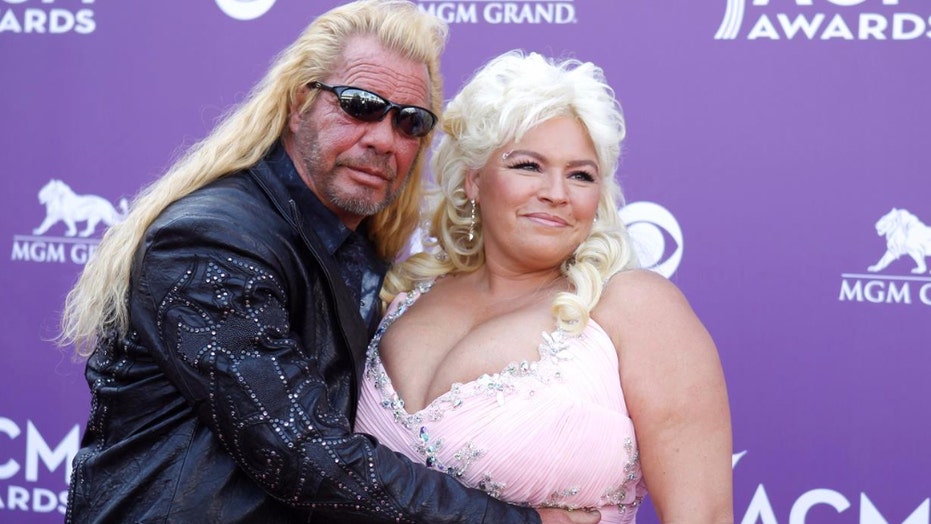 Beth Chapman, who with her husband Duane ‘Dog’ Chapman, starred in the popular reality series ‘Dog the Bounty Hunter,’ died Wednesday in a Honolulu hospital.

Duane “Dog” Chapman is honoring his late wife, Beth, by sharing a side of her fans may not have known existed.

Duane, 66, announced her death on Twitter Wednesday, writing, "It’s 5:32 in Hawaii, this is the time she would wake up to go hike Koko Head mountain. Only today, she hiked the stairway to heaven. We all love you, Beth. See you on the other side."

Just one day after her death, the “Dog the Bounty Hunter” star took to Twitter again to share a sweet video of his wife performing and singing at what appears to be a karaoke bar.

“People have asked me.. What is something fans do not know about Beth… Here you go,” Chapman wrote in part.

In the video, Beth is seen singing into a microphone and dancing to Bruno Mars’ “Perm” in a restaurant that appears to be mostly empty.

Beth was first diagnosed with stage 2 throat cancer in November 2017. She underwent successful surgery, but doctors months later told her the cancer had returned. Although she began chemotherapy in December 2018, Duane told Us Weekly at the time that she wanted to explore alternative therapies instead.

Chapman wrote on Instagram in February that she was testing out CBD and THC-based therapies and alleged that chemotherapy was "poison."

In April 2019 she was admitted to a hospital in Hawaii with "serious breathing issues," but recovered.

Then, this last weekend she was rushed to the ER again and placed in a medically induced coma. Sources told TMZ that Chapman was having trouble breathing due to her throat cancer and described the incident as a "choking emergency." Her family, including daughter Bonnie, reportedly traveled to Hawaii to be by her side.