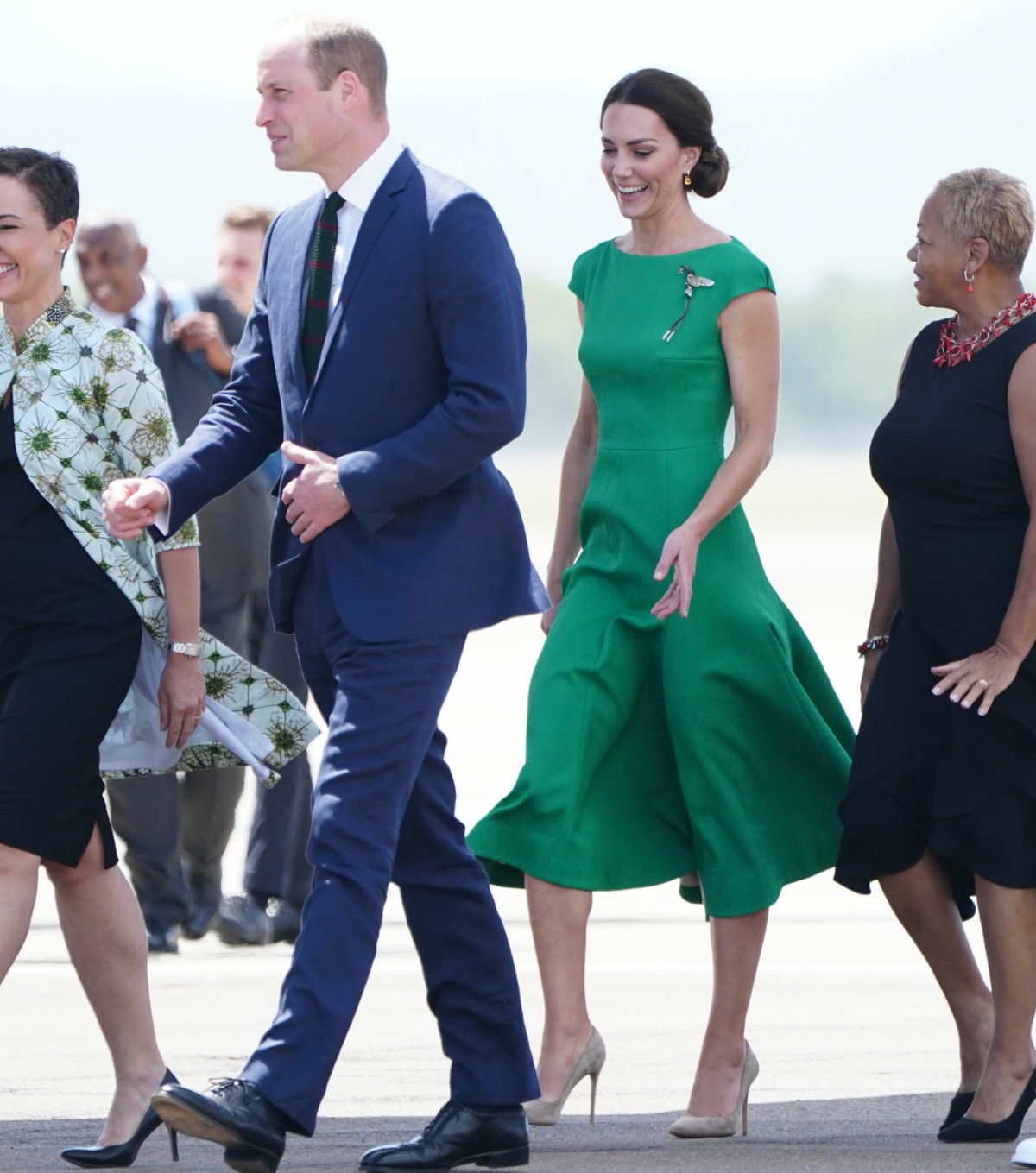 The Duchess of Cambridge chose a pair of Emilia Wickstead dresses for her departure from Jamaica and her arrival in The Bahamas. This fakakta Caribbean tour is finally over on Saturday, and William and Kate have left utter chaos in their wake. It’s amazing. For the departure from Jamaica, Kate repeated a green Wickstead which she wore to Wimbledon last year. It was theme-dressing – green for Jamaica. She also wore a hummingbird brooch which is part of the Royal Collection – it was a gift from Jamaica to the Queen for QEII’s Golden Jubbly in 2002. It was fine, it was whatever.

Kate changed on the private plane for their arrival in The Bahamas. She wore a custom aquamarine Emilia Wickstead which, again, was flag-cosplay. This too is Kate’s default style when she’s not single-white-female-ing another woman’s style. She loves this kind of dress.

Did you see this Washington Post guest column by Karen Attiah? “#SehYuhSorry: William and Kate’s cringeworthy, colonial Caribbean tour.” This is amazing:

To keep it real, this supposed charm offensive feels more offensive than charming. I’d say there’s never a good time for retro-colonial gallivanting, but the timing of this tour de faux pas feels especially bad. Just two weeks ago, Prince William, lamenting Russia’s imperial-style aggression in Ukraine, came under fire for saying that war was “alien” to Europe. Positioning the continent as a bastion of peace and good relations was quite a convenient way to ignore the brutal history of British invasion, colonization and enslavement of numerous peoples in Asia, Africa and the Caribbean.

Really, what is the point of royal tours to former colonies in our modern age? Should William and Kate just have stayed home and avoided the messy optics? There’s merit to that. The world is still in a pandemic. Heavily indebted Caribbean countries have long been especially vulnerable to shocks in the global economy. The idea that these countries are having to foot the financial and logistical burden of this young, privileged British couple’s working vacation in the tropics feels, simply, gross.

At the same time, maybe it’s good for the world to see the British monarchy for the symbolic mess that it is, an outdated relic of imperialism. And it provides us an opportunity to bear witness to Black and Indigenous rebellion against the spectacle.

Yep. All of this. No doubt that it’s amazing to see William and Kate get their asses handed to them abroad, to see them mocked internationally, but it’s also just sad that they honestly thought this tour was going to land, that they would be praised for their tone-deaf photo-ops and preening fashion show. 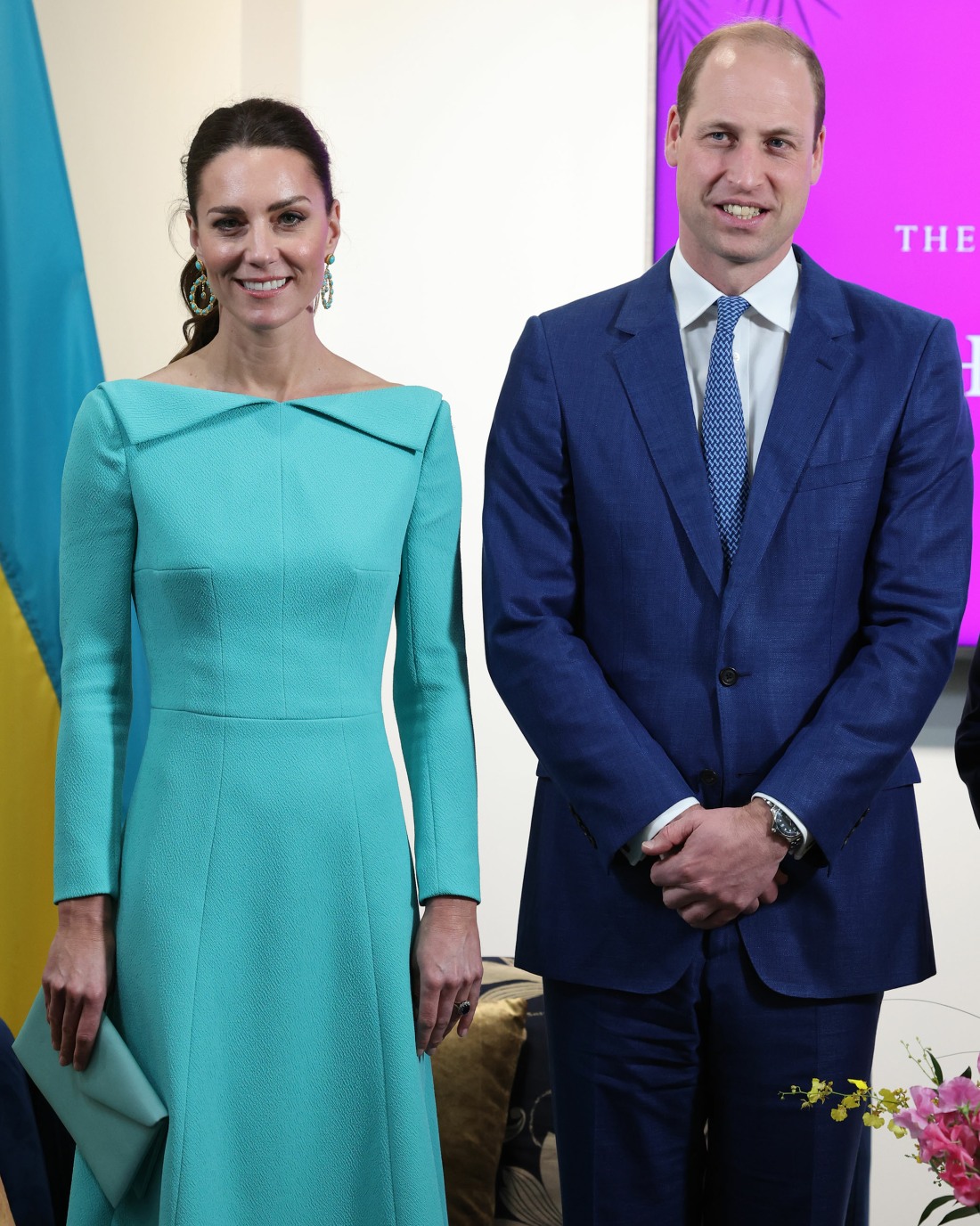 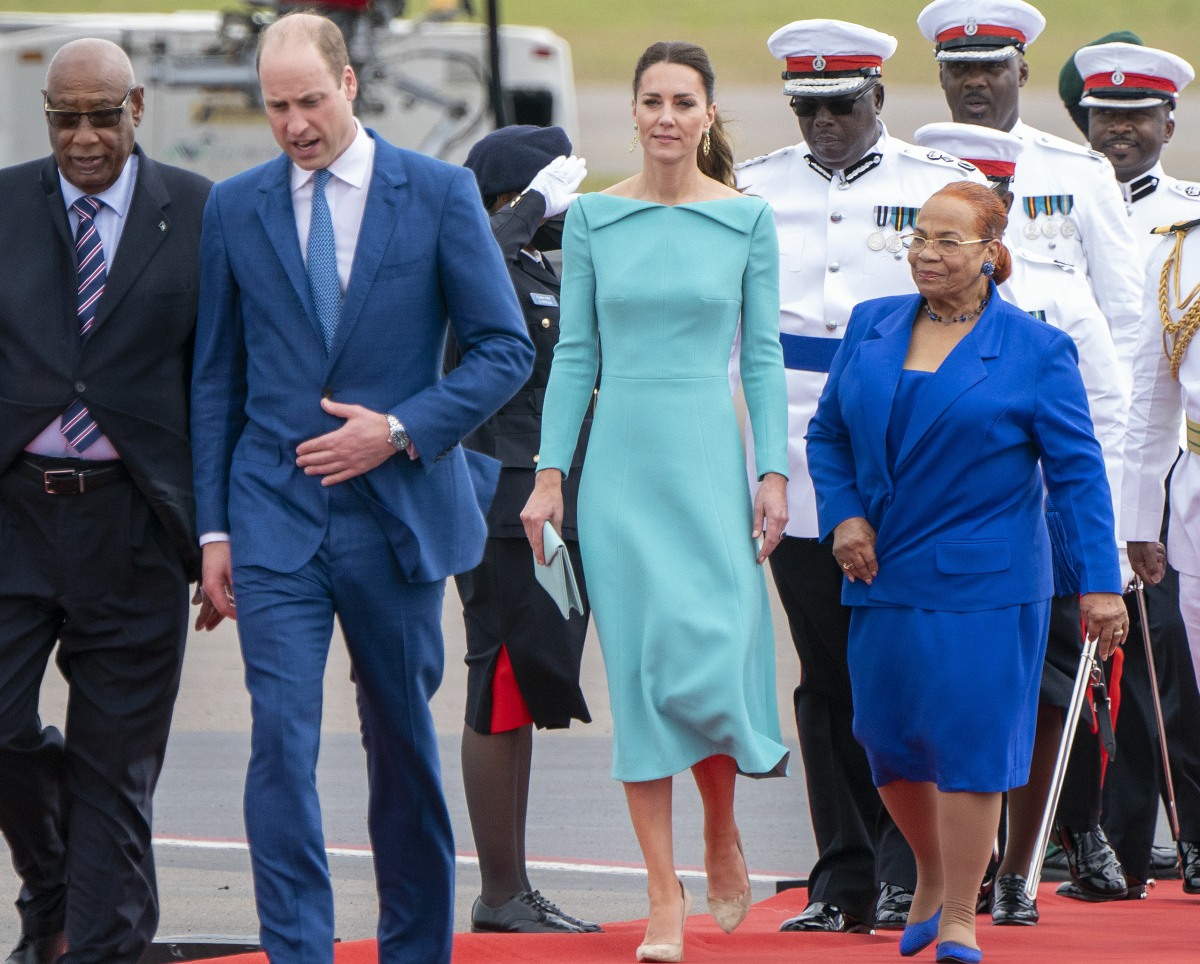