Dylan Dreyer is often praised for her parenting skills and honest account of raising three young boys – and she’s just been rewarded for it in the best way.

The Today star has a Cooking with Cal segment on Instagram in which she whips up magical delights in the kitchen with her oldest son by her side.

Now, Dylan has revealed that they’ve been nominated for two Taste Awards, and she couldn’t be more proud.

WATCH: Dylan Dreyer shows off her beautiful kitchen in video with son Cal

Taking to social media, the adored weatherwoman posted a photo in the kitchen with Cal and wrote: “What an honor for me and my little buddy Cal to be nominated for TWO @tasteawards !! YOU can vote for us in the viewer’s choice category!!

“We still get to do our silly little Cooking with Cal segment because of you and your support. Thanks so much for watching us have fun together in the kitchen! And thanks to @fishlense for filming us and making us look good! Click the link in my bio to vote.”

MORE: GMA’s Lara Spencer shares look at rehab recovery as she continues to heal from injury

MORE: Lisa Marie Presley dies age 54: ‘She was the most passionate strong and loving woman’

Fans promised to vote and lavished Dylan and her little boy with good luck messages. One read: “Yay!! I’ll be voting for you guys!! Best cooking show ever,” while a second said: “Love your videos of Cooking with Cal.”

Dylan and Cal have been nominated for two Taste Awards

Dylan opened up to HELLO! in an exclusive interview in which she spoke about becoming a mom and how much she loves it.

While promoting her latest children’s book Misty the Cloud: Friends Through Rain or Shine, Dylan even revealed if she has plans to add to her brood.

“I think I’ve maxed out now,” she said with a chuckle before admitting: “I wish I had started having kids sooner, because I really love everything about kids. 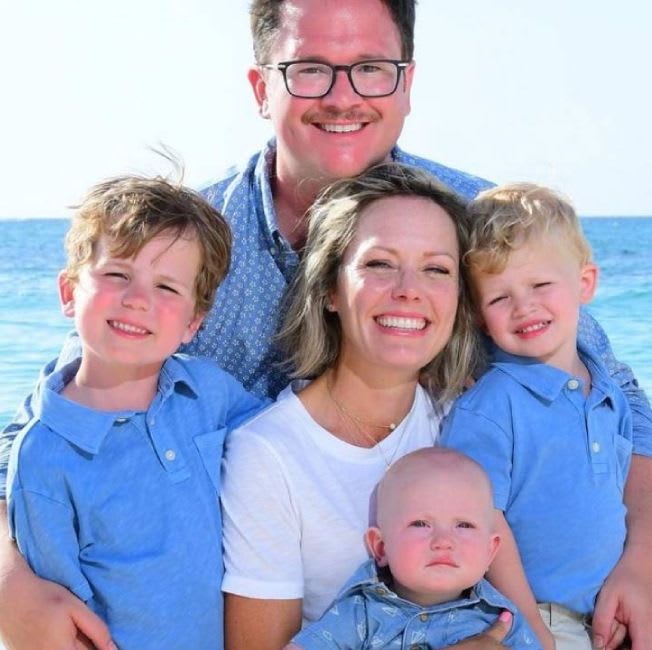 Dylan and her husband Brian are raising three boys

“I never thought I would love it as much as I do. Being a mom is the best. I love fostering their ideas, I also somehow found more patience after becoming a mom.”

The number three also holds a special place in both Dylan and her husband Brian Fichera’s hearts as she explained: “When we decided to have children, I used to always want three. I grew up with two brothers, my husband is one of three. Three just feels right for us now.”