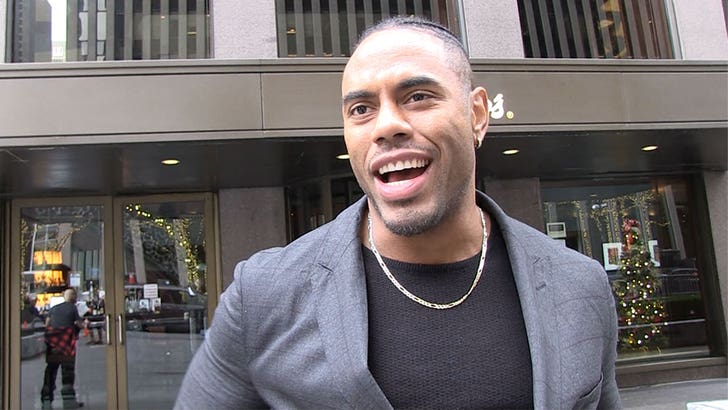 Sorry everyone, the tale of Eli Manning‘s secret network of “beer guys” who hooked him up on every road trip is simply BS … so says Eli’s ex-teammate, Rashad Jennings.

Jennings would know … he was the Giants’ starting running back from 2014 to 2016 and says he sat with Eli on the team bus during road trips.

So, when we saw RJ out in NYC this week, we had to ask about the claim made by ex-Giants kicker Lawrence Tynes that Eli “always drank beer on the team bus.”

Tynes told ESPN … Manning would find someone on the road to buy him beer, which he would share with some veterans while they discussed the game on the ride to the airport.

“It was unbelievable,” Tynes said … “He had a guy in every f**king stadium in the league to get him that beer.”

But, Jennings says that just didn’t happen during his 3-year run with the Giants — telling TMZ Sports straight-up, “That’s not a true story.”

“You can’t listen to everything that comes out of people’s [mouths],” Jennings says … “Especially when it’s by pen.”

“Did he have a beer guy at every single [stadium]? I don’t know. I can tell that he wasn’t on the plane or in the bus after every game because I sat beside him.” 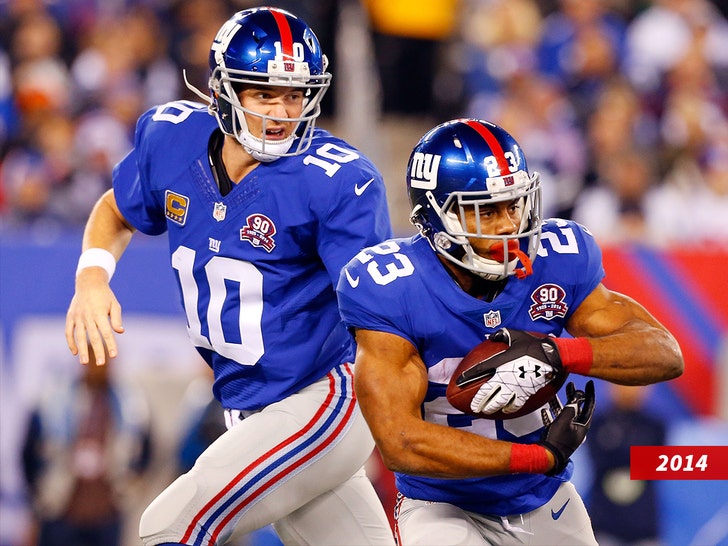 Jennings says he wouldn’t have a problem with the story — if it were true — explaining that he likes the idea of Manning kicking back some brews with the boys. But, Jennings says that just didn’t happen.

Jennings even made a joke that he wished Eli handed out gluten-free beer — because Rashad keeps a strict gluten-free diet.

There is one possible explanation … Tynes and Jennings never played on the same team. Tynes kicked for the Giants from 2007 to 2012. Is it possible Manning DID have a beer guy but stopped the tradition before 2014???

Sure, but probably not …