Elton Johns fond memories of the Queen at her Diamond Jubilee 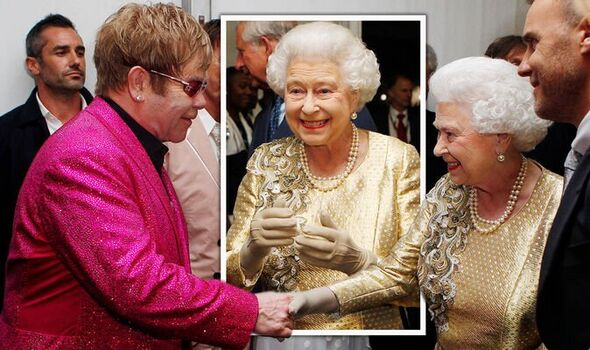 Queen Elizabeth II looked overcome with emotion as she greeted Elton John, grinning broadly as she shook the entertainer’s hand.

Elton John, 75, dressed in an outrageously flamboyant and camp neon pink sparkly outfit, much to the delight of his loyal fans, while the Queen chose an equally sparkly gold number with an embroidered section on one shoulder.

The Rocket Man star was delighted to be with Her Majesty for the occasion, with the likes of Tom Jones standing beside him.

Besides that memorable tribute concert – and his pre-recorded Platinum Jubilee performance – Elton also met the royals when he attended Prince Andrew’s 21st birthday party back in 1981.

He later recalled in his 2019 book ‘Me’ that he’d danced with Princess Anne at Windsor Castle to the tune of Elvis Presley’s ‘Hound Dog’.

“The Queen appeared, carrying her handbag and asked if she could join us,” the multimillion selling artist revealed.

The star wrote a poignant tribute message to the dearly departed Queen on Instagram this evening, telling of how he was “deeply saddened”.

“She was an inspiring presence to be around, and lead the country through some of our greatest, and darkest, moments with grace, decency and a genuine caring warmth,” he wrote.

“Queen Elizabeth has been a huge part of my life from childhood to this day, and I will miss her dearly,” he told his 4.1 million followers. 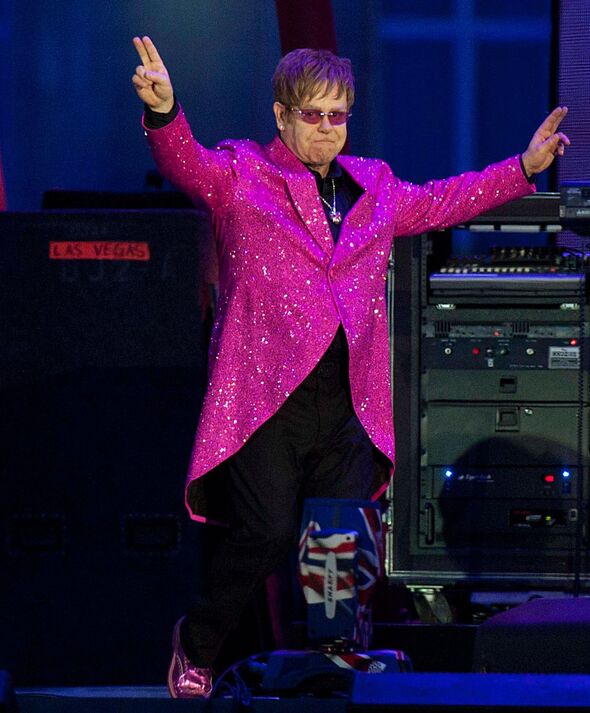 Elton John outstretched his arms wide as he invited the nation to party along with him to celebrate Queen Elizabeth II’s 60-year reign on the throne back in 2012. 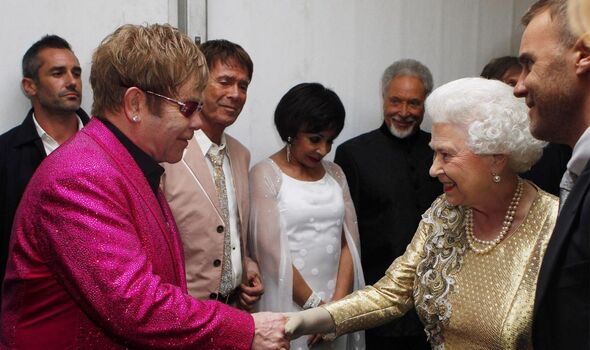 Prince Charles kissed Queen Elizabeth II’s hand in a display of devotion while Paul McCartney and other musicians looked on. 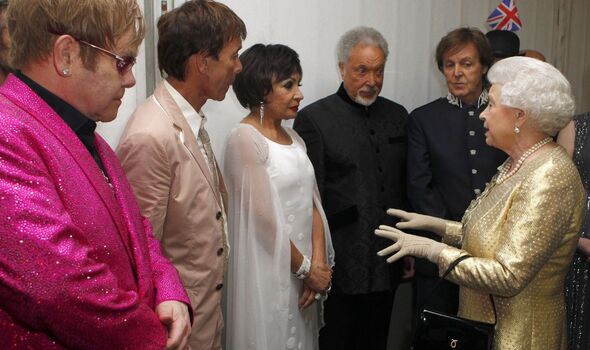 Elton John was introduced to Queen Elizabeth II backstage by Gary Barlow, and although it wasn’t the first time he’d had experience of spending time with the royals, it remained a momentous celebration for him. 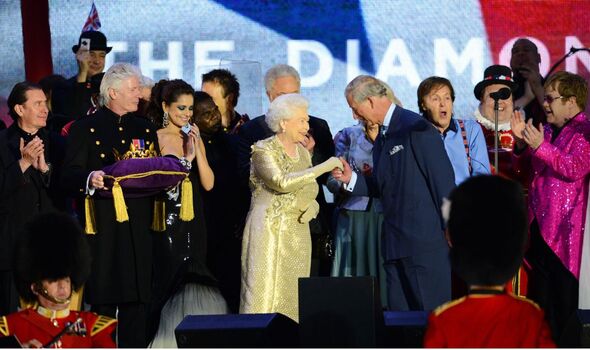 Elton John, whose colourful tinted glasses matched his neon pink suit, grinned with emotion as the Queen was introduced to Cliff Richard in the background. 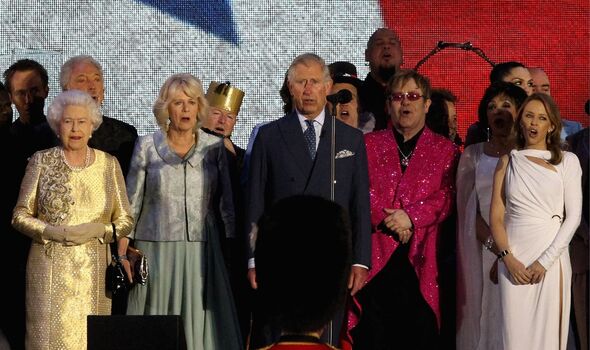 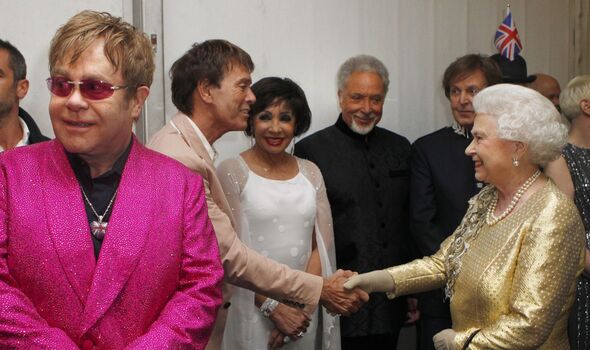 Sir Elton John stood on the stage alongside the Queen and other celebrity guests as they all joined in with a rendition of the National Anthem – a poignant tribute to the impressively long reign of the dearly departed monarch.