Editors note: Deadline’s Read the Screenplay series debuts and celebrates the scripts of films that will be factors in this year’s movie awards race.

Riz Ahmed was in Rogue One: A Star Wars Story, but his latest movie, Amazon Studios’ Encounter, isn’t that kind of sci-fi movie. Encounter is about an alien invasion, but one that occurs on present day Earth, to a normal family, and raises additional questions of paranoia.

On the road, Malik tries to keep his sons safe from people who have already been taken over by the insects. However, his ex-wife reports him to the authorities, and Malik’s parole officer Hattie (Octavia Spencer) gets involved trying to get him to surrender. Malik’s previous arrest makes his behavior appear all the more suspicious.

Joe Barton and director Michael Pearce’s screenplay seeds doubt within the audience about who poses the real threat. Along the way, Malik tries to keep his sons from worrying, but he can’t hide the human or alien dangers for very long. Plus, his kids are still very young, and Malik faces the same challenges any parent driving children on a road trip faces on top of the kidnapping and potential invasion.

Barton wrote Encounter on spec in 2013 when it was called Invasion. Producers Dimitri Doganis, Piers Vellacott and Derrin Schlesinger brought it to Pearce after seeing his previous film, Beast. Pearce then incorporated his own family road trips in the revision.

Encounter premiered at the Telluride Film Festival and went on to play Toronto, BFI London, Chicago and Philadelphia film festivals. Amazon released the pic theaters on December 3 and on Prime Video on December 10. The British Independent Film Awards and the London Critics Circle nominated Ahmed for his performance, and BIFA also nominated Chauhan, composer Jed Kurzel and the sound team. 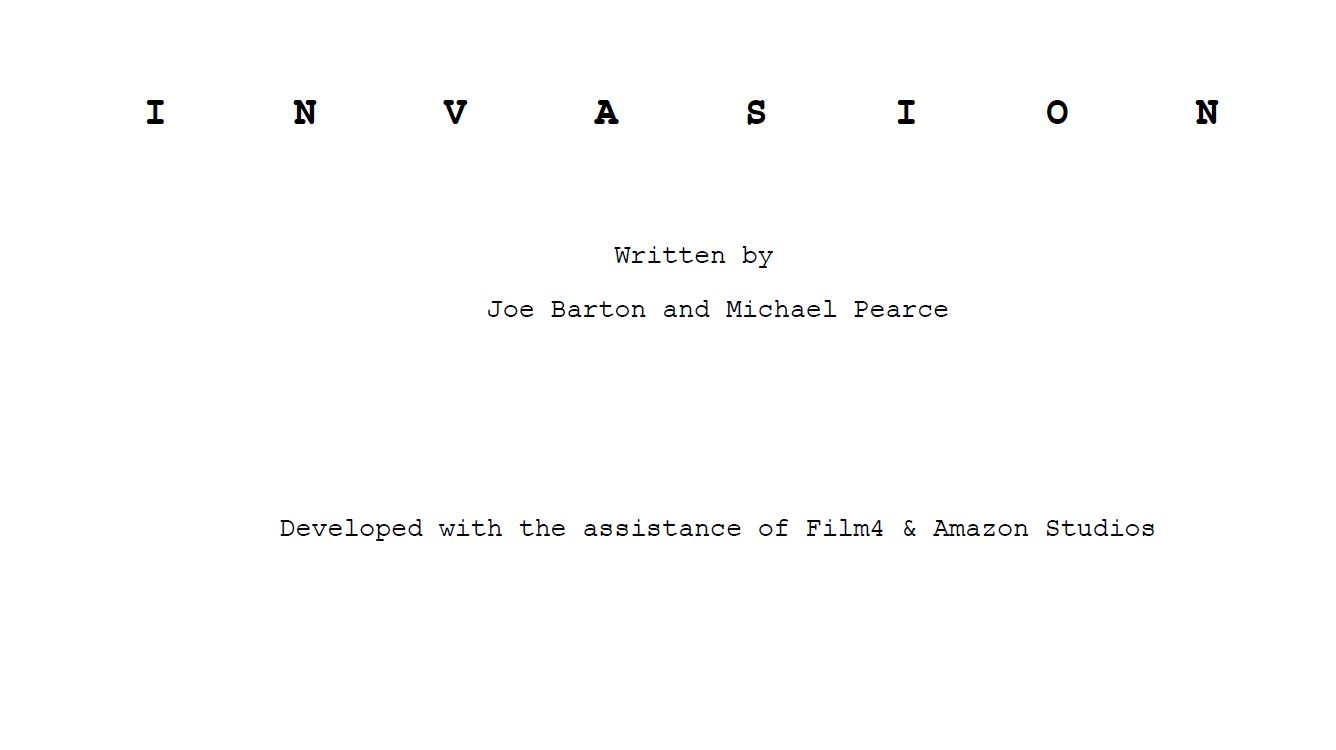 ‘Don’t Look Up’: Read The Screenplay For Adam McKay’s Satire At The End Of The World

‘Mass’: Read The Screenplay For Fran Kranz’s Stripped-Bare Story About Forgiveness And Healing