David Beckham has been dividing his time between London and Miami as he launches his Inter Miami soccer expansion team.

Now the footballer, 44, and his glamorous wife Victoria, 45, look to be setting up a permanent abode Stateside as they were seen apartment hunting in the city on Tuesday.

First on their list was Zaha Hadid’s famous phallic shaped building, 1000 museum, with the couple joining three of their children for a tour of the unusual apartment.

On the hunt: David Beckham 44, and his glamorous wife Victoria, 45, look to be setting up some more permanent roots Stateside as they were seen apartment hunting in the city on Monday

The One Thousand Museum luxury condos are famous in Miami, and are the work of the late Zaha Hadid.

As well as the luxury private apartments, the building boasts a communal swimming pool is installed at the top of the building, whilst there is also a two-room treatment spa, hair and beauty salon, acai and juice bar fueled by Raw Republic, and a sunbathing area. 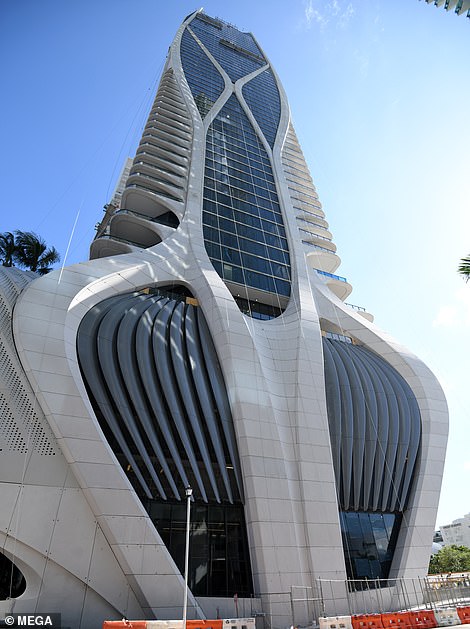 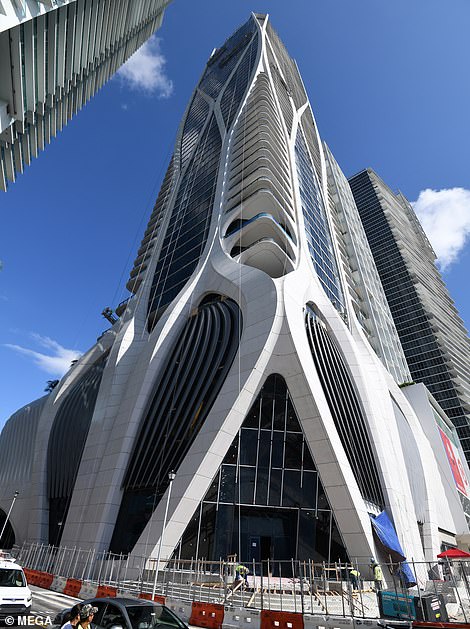 Iconic: The One Thousand Museum luxury condos are famous in Miami, and are the work of the late Zaha Hadid

Dame Zaha enjoyed a long and successful career, working on buildings around the globe including the MAXXI Museum in Italy, the Guangzhou Opera House in China and the Heydar Aliyev Centre in Azerbaijan.

She was also behind the designs for the 2022 World Cup stadium in Qatar, which gained attention after some said it resembled a woman’s genitals.

Dame Zaha hit out at the claims and instead insisted that it was inspired by an ancient dhow boat, adding that she believed the comparison would have not have been made if it was designed by a man.

Victoria looked in good spirits as she visited the apartment building, flashing a rare smile as she joined her husband and their sons, Romeo, 16, and Cruz, 14, as well as daughter Harper, eight, on the outing.

The designer looked radiant in a black floral maxi dress that was backless in design to show off her svelte figure whilst remaining demure.

The former Spice Girl teamed the garment with a pair of heeled brown sandals and toted two clutch bags, one black and one tan, whilst she wore her glossy raven locks in a low ponytail.

Chirpy: Victoria looked in good spirits as she visited the apartment building, flashing a rare smile as she joined her husband and their sons, Romeo, 16, and Cruz, 14, as well as daughter Harper, eight, on the outing

London Aquatics Centre – Built for the London 2012 Olympic Games. It was inspired by water, and has a roof that sweeps up from the ground like a wave folding over the building.

She designed the centre in 2004, before London won the bid for the games, and she was asked to revise them in 2005, which doubled the expected cost of the building to £150million.

Construction started in 2008 but due to rises in materials and rated, when it was eventually finished in 2011, the overall cost was £269million.

The design was actually an entry to an architecture competition, which she won, beating some of the most prestigious firms and designers in the world.

The project cost a total of 1.4billion yuen (£140million), and it is also known as the double pebble.

The theatre has become the biggest performing centre in southern China and is one of the three biggest theatres in the nation. 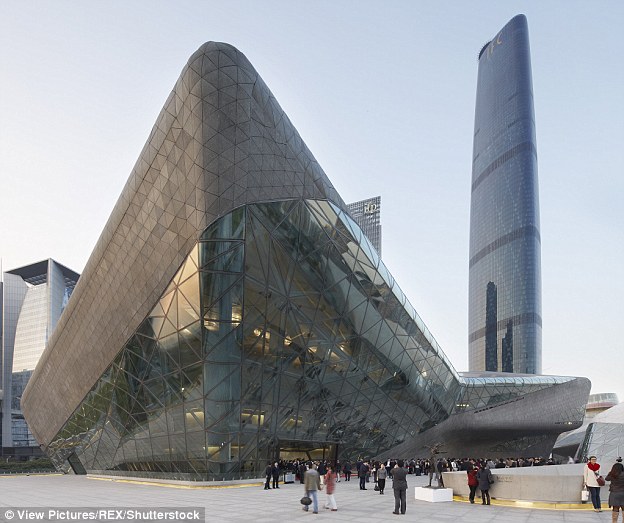 Sheikh Zayed Bridge, Abu Dhabi – Built in 2010 the bridge is 842-metres long, and its curves design arches are said to resemble the sand dunes of the desert.

The bridge features a dynamic lighting design that is based on subtle colours that flow across the bridge’s spine, symbolising the connecting nature of the bridge and the energy that the capital city Abu Dhabi radiates.

The bridge is the third traffic route connecting the mainland to the island of Abu Dhabi and the new main gateway over the Maqtah channel. 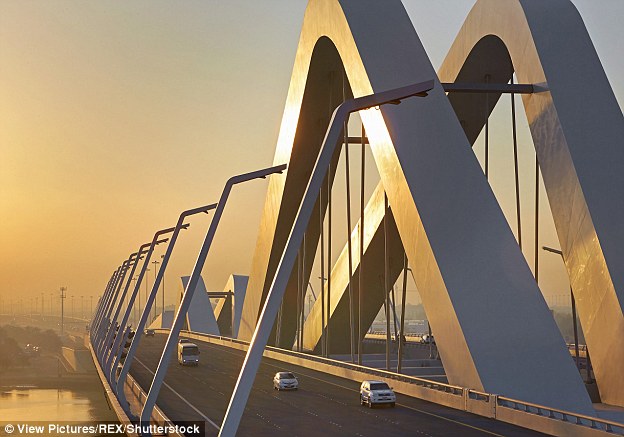 Vitra Fire Station, Weil am Rhein – This was built in 1993 and was Dame Zaha’s first major built commission.

It rapidly became an icon with its expressive, dynamic appearance and was actually used as a fire station at first, before serving as an exhibition and events space.

It was commissioned after a bolt of lightning hit Vitra’s production site in 1981, triggering a fire that destroyed more than half of the company’s production capability in just one night. 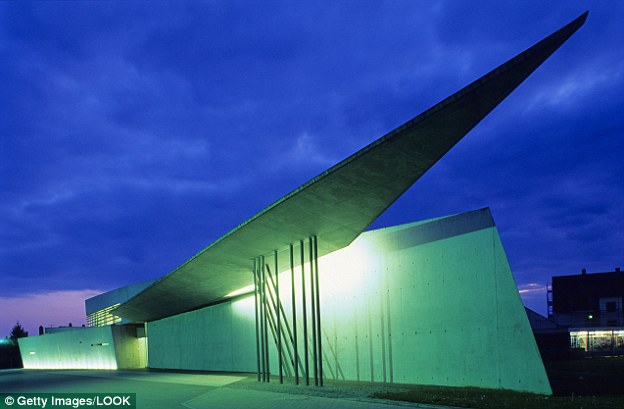 MAXXI – National Museum of the 21st Century Arts, Rome – This building was a 10-year project that was completed in 2010. It was built behind a 2.5 metre high industrial aluminium mesh fence in anticipation of outdoor art that would be on display.

The project was first announced in 2000 and took over 10 years to complete, during which time there had been six changes of national government in Italy.

The museum was built on the site of a disused military compound, the former Caserma Montello.

The competition proposal by Zaha Hadid envisaged the construction of five new structures, only one of which has been actually built.

The Royal Institute of British Architect’s (RIBA) 2010 Stirling Prize for architecture has been awarded to MAXXI, open to buildings built or designed in Britain, awarded it the award for best new European building. 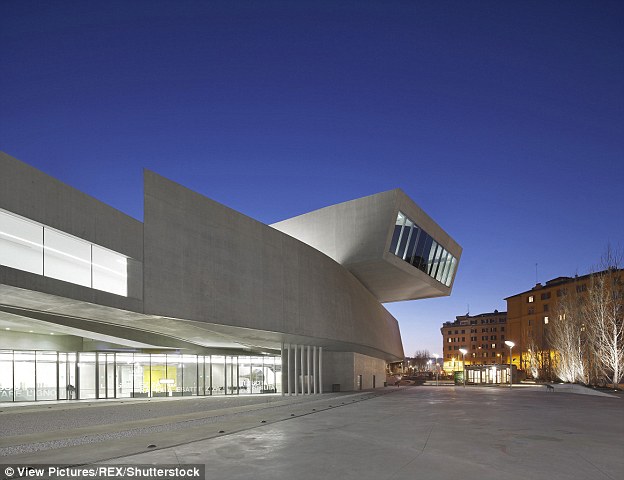 Meanwhile, David has been busy working in the U.S as Inter Miami will join the MLS as an expansion team for the 2020 season, with Beckham front and centre as one of the owners, and the public face of the team .

As part of his deal to sign for LA Galaxy back in 2007, Beckham negotiated an option to own an MLS franchise for a discounted fee of $25million once his playing days finished.

The wheels were finally set in motion in 2013 when he confirmed he would set up shop in Florida, under the rather unwieldy working title of ‘Miami Beckham United.’ However, the name of Inter Miami was later settled upon – with the club in its current guise officially founded on January 28, 2018.

While the family headed to Miami earlier this week for the school summer holidays, the Beckhams’ eldest son Brooklyn remained in London.

The aspiring photographer, 20, has been working alongside renowned photographer Rankin at his studio in West London.

Brooklyn embarked upon the dream internship earlier this month after the legendary snapper, 52, was impressed with Brooklyn’s photo of Sir David Attenborough in Africa.

But it appears Brooklyn – who has previously shot campaigns for Burberry and published his own photography book – is said to be struggling with the first days of the intense internship – with colleagues claiming he has to be treated like a complete novice.

A source told The Sun: ‘Everyone knew Brooklyn’s work needed fine tuning but no one knew his knowledge of the simplest tasks was so off.

‘Everyone had high hopes for him but it’s not been the most impressive start. He’s lacking in most areas. But he’s trying to make up for it in enthusiasm.’