There aren’t too many benefits to the coronavirus COVID-19 global pandemic. But anyone looking for silver linings might point out that celebrities are sharing more intimate details of their lives now that everyone is forcibly cooped up at home.

When they’re not singing “Imagine” and making the internet cringe, these celebs can be found posting TikTok videos and reading children’s books online. Jennifer Lopez has been especially delightful over the last couple of weeks as she and fiancé Alex Rodriguez post to social media and share how they’re coping.

But one recent video has those followers noticing some eerie similarities between the Lopez/Rodriguez abode and the Park family home in the Academy Award-winning film, Parasite. 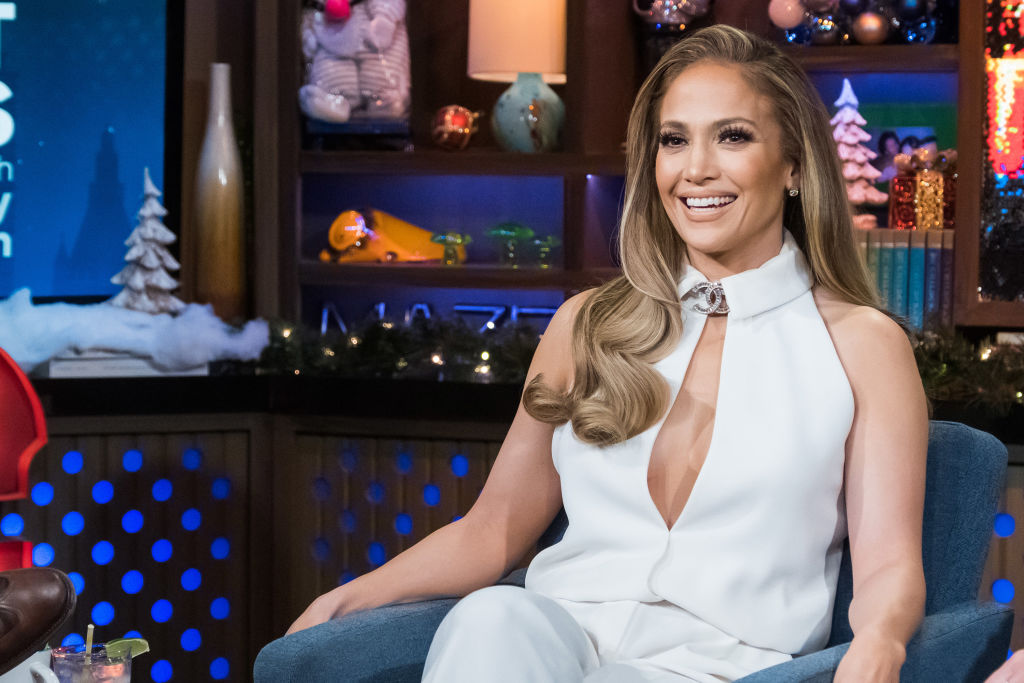 Jennifer Lopez shared a TikTok video that showed her homelife

Lopez has been making headlines with her hilarious TikTokvideos lately, including one where A. Rod tries on one of her dresses for the ‘Flipthe Switch’ challenge. But it was a March 18 upload that really got theinternet buzzing.

The songstress recorded her son Max serving the couple drinkson a hoverboard. The caption jokingly said, “We can’t go out to any restaurantsor anything but the service and entertainment here is pretty good…”

It’s a cute video that shows off Lopez’s playful side. But more than that, the video inspired fans to draw comparisons between Lopez’s residence and the house from Parasite.

The similaritiesare creepy. Lopez and A. Rod’s home features floor to ceiling windows witha perfectly manicured lawn — just like the house in Parasite.

As expected, the Twittersphere reacted with jokes. “Please check your basement,” one person deadpanned, referring to the secret underground bunker from the film.

“Ayo that house and yard be lookin mad familiar, you need anEnglish tutor?” another person quipped, referring to the storyline fromthe movie when Ki-woo Kim pretends to be a tutor to gain access to the wealthy Parkfamily’s home — and their money.

“The Park family home is one of the most astounding pieces of production design in recent cinematic memory, and the story behind its creation adds a whole new layer of complexity to Bong’s masterpiece.” – Indiewire

Apparently, life imitates art pretty often in Hollywood,because Lopez isn’t the only person who got accused of living in a Parasiteworld. Twitter users also noticed how Ellen DeGeneres and Portia de Rossi’shome looks a lot like the Best Picture winner.

“WHYDO ALL CELEBRITIES LIVE IN THE PARASITE HOUSE,” one person demanded toknow.

It’s agreat question. But really, the homes look similar because they’re all modernand minimal, with windows in place of walls and carefully manicured lawns.There’s a good chance that plenty of wealthy people live in a house that looks likethe one from Parasite. That’s part of the statement the film was tryingto make.

JenniferLopez is working from home

No wordon whether Lopez is harboring people in her basement. But she did share thatshe’s passingtime during the quarantine by playing video games, dancing with her kids,and preparing for a time when she’s back at work.

“For me, working from home is reading scripts, developing newprojects, even working out and learning new dance routines,” Lopez said in an interviewwith Elle.

These are challenging times for everyone, but being stuck in such a beautiful house might make life a little bit easier to endure.

END_OF_DOCUMENT_TOKEN_TO_BE_REPLACED

END_OF_DOCUMENT_TOKEN_TO_BE_REPLACED
We and our partners use cookies on this site to improve our service, perform analytics, personalize advertising, measure advertising performance, and remember website preferences.Ok