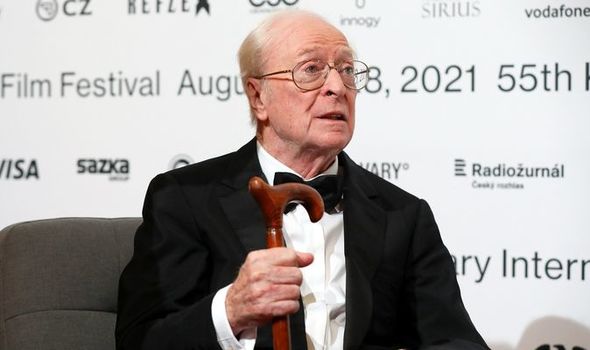 The movie legend believes that eating well and eating plenty of fish, meat, and fresh vegetables, along with the lack of sugar due to rationing during the Second World War, has been vital to his good health. At the age of 88, he remembers his childhood and the circumstances he found himself in, which accidentally offered him a very healthy way of life.

“I was born in Bermondsey, which is South London. My memory of food is my father was a Billingsgate fish market porter and he was a big gambler so he never bought steak because it was too dear, but he used to nick a lot of fish. So for 15 years I ate fish, every kind of fish you can imagine and I later realised it was a very healthy thing,” he says.

Moreover, he says he was lucky enough to have grown up without the sugary temptations that are widely available today, as well as to have moved away from the city: “Another accidental healthy thing for me was the Second World War. You couldn’t get any sugar, you couldn’t get any of those drinks you have now. Then I was evacuated to the country away from the smog – which in Bermondsey then was terrible because everyone had coal fires.”

Caine describes his experience in nature saying: “I lived on a farm for six years. The food was wonderful. Some of the food I caught myself because I could outrun a rabbit. I used to catch a rabbit with a stick and give it to my mother to cook for dinner. Pheasant, partridge, I remember all those things.”

“Thinking back on it, health wise I was very lucky. And my mother insisted I ate porridge for breakfast for 15 years. We also had fresh vegetables because we lived on a farm, so we would go and nick a cabbage.”

Sir Michael still cooks, with his speciality being Sunday lunch. And he’s a dab hand with a roast potato.

Talking on the River Cafe Table 4 podcast, he said: “I’m the one in the house responsible for Sunday lunch. I do roast beef, roast lamb, at Christmas I do the turkey. I do, allegedly, the best roast potatoes anybody has ever eaten. I’m very good at that.

“The trick is when they’re cooked, mash them just a little bit, crack them open, put oil on them and bake them again so the oil is baked inside.”

Sir Michael, married to former actress and model Shakira, 74, admits his palate has changed somewhat since he became one of the world’s biggest movie stars.

When asked what his go-to comfort food is, he answered: “It was sausage and mash – and now it’s caviar!”

Caine – who during a 60-year career has appeared in films such as The Italian Job, Alfie, Get Carter, Hannah And Her Sisters and The Dark Knight trilogy – said he has now turned his attention to writing books.

Explaining how he turned down a screenplay that involved his character running away from some criminals, Sir Michael recently said: “I can’t walk, let alone run. And I’m more or less done with movies now. I’ve done 150 movies. I think I’ve done enough.”