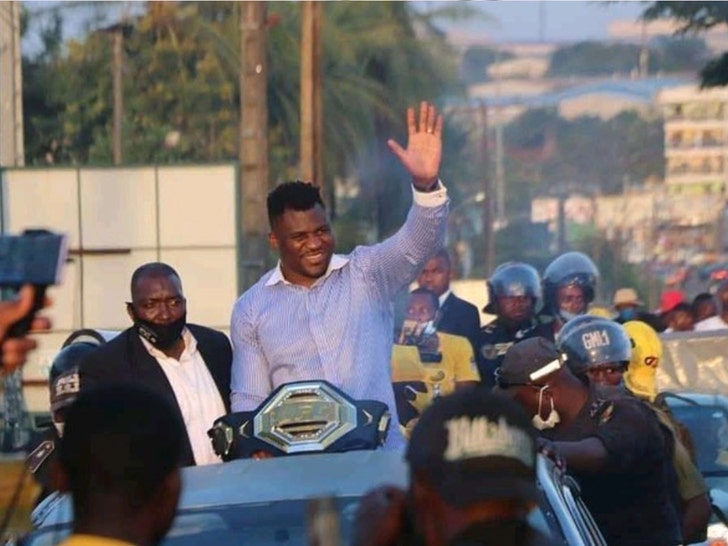 THIS VIDEO IS AWESOME!!

UFC heavyweight champ Francis Ngannou has returned to his native Cameroon for the first time since winning the belt — and EVERYONE came out to celebrate!!!

Check out Ngannou being paraded through the streets with a military escort while the locals cheer him on like the conquering hero he is.

Ngannou defeated Stipe Miocic at UFC 260 in March — and after the fight, he talked about how proud he was to win for the people of Cameroon.

And when he returned home, the people flooded the streets to show love to the champ!

“This moment is something I have been waiting for,” Ngannou posted on Twitter.

“It is hard to put this feeling into words. The belt is back home where it belongs.”

The 34-year-old knockout artist was born and raised in the village of Batie — where he worked in a sand quarry when he was 10-years-old.

He later got into combat sports — realized he had legit talent — and moved to France at the age of 26 to focus on training full time.

Ngannou began his pro MMA career in 2013 and clearly, it’s working out well for him!

Francis is currently on a 5-fight win streak with victories over stars like Junior Dos Santos, Cain Velasquez, Curtis Blaydes and of course, Stipe.