George Clooney is paying close attention to the developments in the murder trial of former Minneapolis police officer Derek Chauvin, according to George Floyd’s family lawyer.

Chauvin, 45, is facing charges of second and third-degree murder and manslaughter in the death of Floyd on May 25, 2020.

Attorney Benjamin Crump, who is the lawyer for the Floyd family, appeared virtually on “The View” on Thursday and relayed to co-host Joy Behar that Clooney, 59, has been entrenched in societal issues so much that the Oscar-winning actor often emails Crump with ideas on how to drive social change.

He added that Clooney had also emailed him about how he should respond to Chauvin’s defense lawyers’ suggestion that a drug overdose caused Floyd’s death and not Chauvin’s knee which he kept on Floyd’s neck for nearly 10 minutes.

The attorney recollected the email he had received from the “Money Monster” star.

“‘Attorney Crump, you should tell them if Derek Chauvin feels so confident in that, he should volunteer during his case, to get down on the floor in that courtroom, and let somebody come and put their knee on his neck for 9 minutes and 29 seconds and be able to see if he can survive,'” the email reportedly reads.

During his interview on “The View,” Crump went on to say that “the experts will opine during this case that the average human being can go without oxygen from 30 seconds to 90 seconds — where George Floyd went without oxygen for over 429 seconds, and that’s why it was intentional what this officer did.”

“And I believe in my heart, Joy Behar, that he will be held criminally liable and it will hopefully set a new precedent in America,” Crump added. 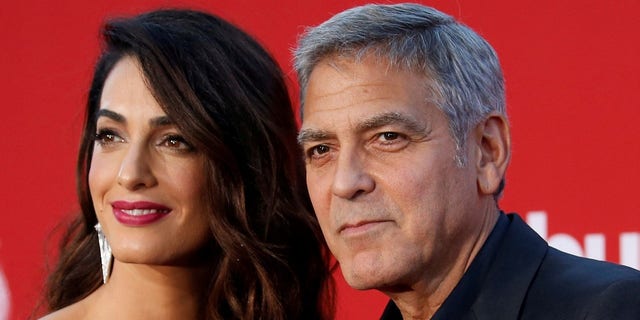 Meanwhile, in December, the “Midnight Sky” performer lamented the “pretty rotten year” 2020 had been “all the way around” in a conversation with Yahoo! Entertainment.

“Starting with Kobe Bryant dying. It’s been one catastrophe after another,” Clooney said at the time. “And all the racial unrest with the George Floyd killing and Breonna Taylor. We’ve had all of these things that have just felt oppressive towards us. I see a lot of light at the end of these tunnels.”