Gospel Singer And Bishop Iona Locke Has Passed Away

We are sad to report that gospel singer and Bishop Iona Locke has passed away. She was 72 years old.

An official announcement from the Christ-Centered Ministries Organization reads: “It is with great sadness and a heavy heart that the Locke Family, Christ Centered Ministries Association and the Abyssinia Christ Centered Church announce the Episcopal transition of Her Grace, Presiding Bishop Iona E. Locke. After a season of sickness, God granted her eternal rest. We rejoice in the confident knowledge that she is at peace with her God.” 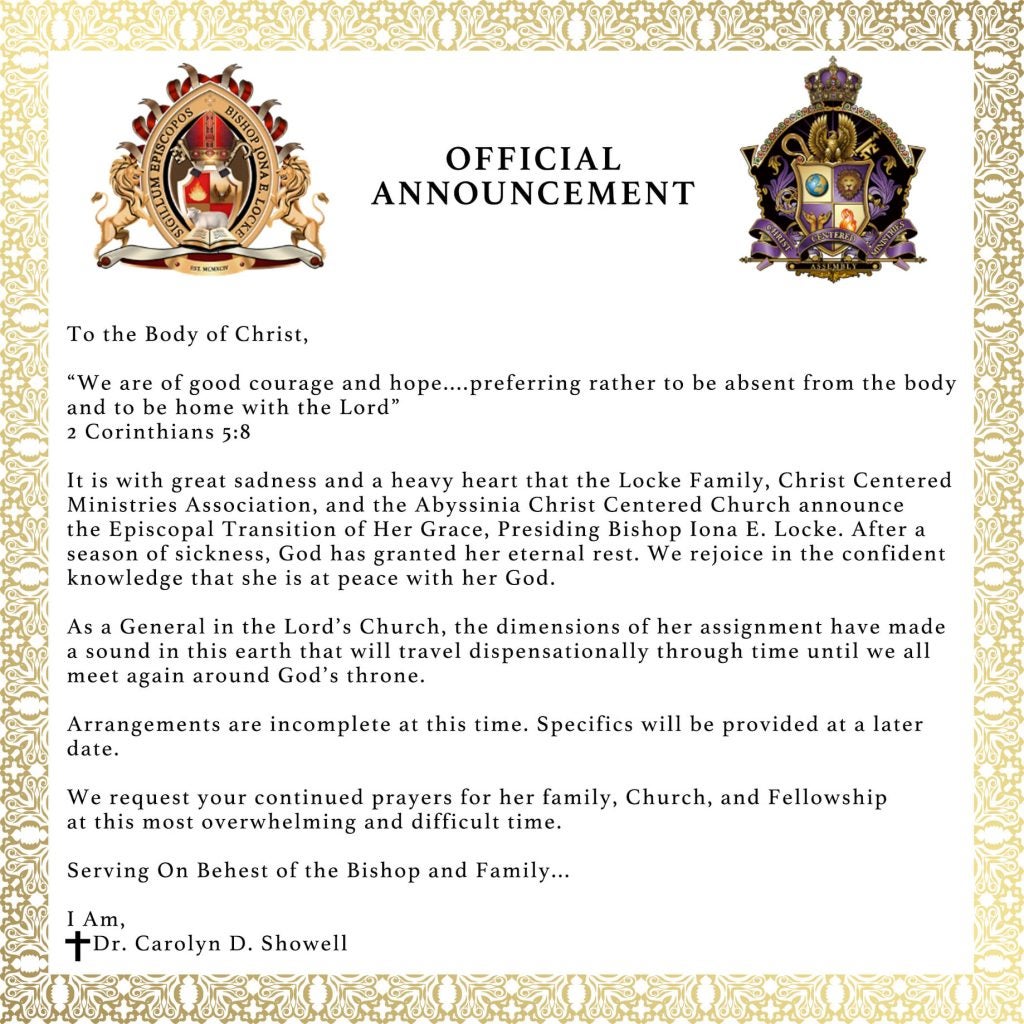 Locke was born in Pittsburg and was one of nine siblings. She completed her doctorate in Theology and Divinity Programs in 1994 and began pastoring a church, Abyssinia Christ Centered Church, that same year. In 2000, she was consecrated as a presiding prelate, a high-ranking office within the Christian church.

In 1993, Locke released two recorded sermons through Intersound Label, What Kind of Fool Are You? and Let’s Get It On!. According to her website, these offerings made her the first Pentecostal preacher to have spoken word shared on CD. Locke was also a celebrated music artist who frequently sang before she would minister.

Her mission statement as pastor was “To love our brothers and sisters, to give of ourselves, to do all to obey God, to be priestly through Godly relationship.” Locke’s church was located in Southfield, Michigan.

The official declaration of Locke’s passing did not share any details regarding her death. Also, arrangements have not been specified, though they will be released “at a later date.”

“We request your continued prayers for her family, Church and Fellowship at this most overwhelming and difficult time,” it continued.

Watch the clip below to see Locke singing one of her original songs, “Walk By Faith.”

We are sending love and healing to the Locke family and her congregation.