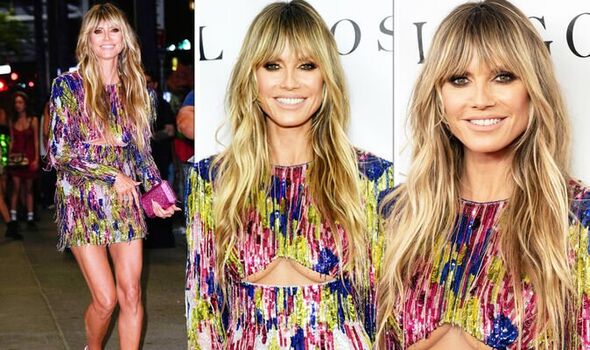 Heidi Klum ensured all eyes were on her as the model flashed her cleavage in a fitted dress that left very little to the imagination.

The 49-year-old put on an animated display when she attended The Daily Front Row’s Annual Fashion Media Awards held in New York City on September 10.

Heidi slipped into an underboob-baring mini dress for the event as she flashed her long legs.

She displayed her bronzed legs in the multi-coloured sequined dress that featured carefully placed cut-out sections.

To top off her look, Heidi toted a shimmering hot pink clutch and slipped into a matching pair of strappy heels.

She wore her blonde locks in beachy waves and opted for a glamorous palette of makeup.

Her daughter Leni, 18, also opted for a sequinned dress paired with a hot pink handbag.

Heidi was later joined by her long-time pal Tim Gunn, 69, as they held hands and shared a kiss. 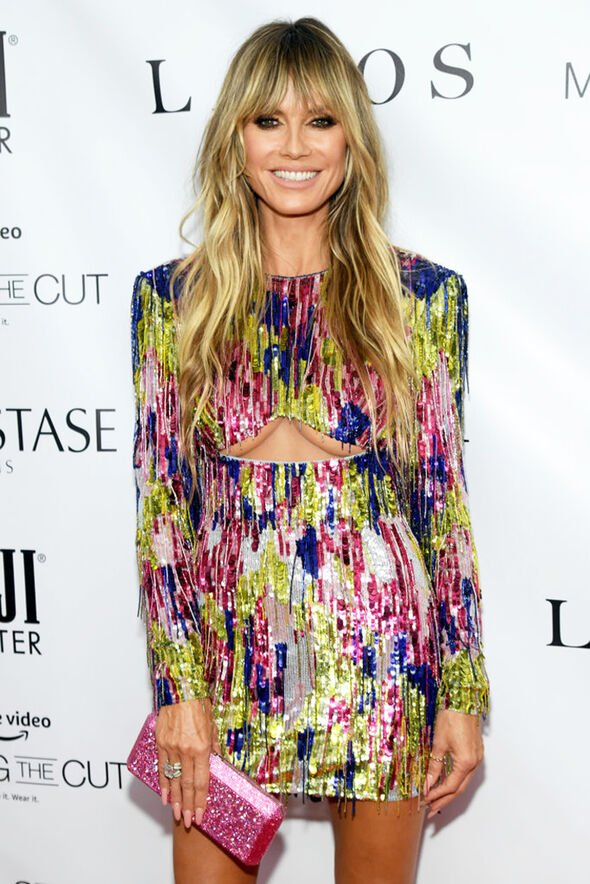 Heidi Klum left very little to the imagination as the beauty opted for a mini dress which flashed her cleavage in the eye-popping attire. 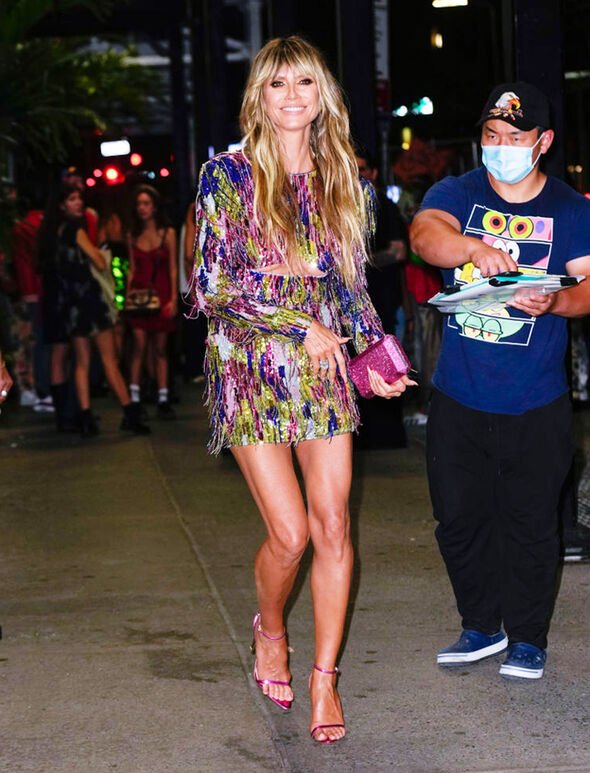 Heidi Klum beamed at the cameras ahead of the event

Heidi, 49, flashed her long legs as fans surrounded the beauty as they asked for her autograph 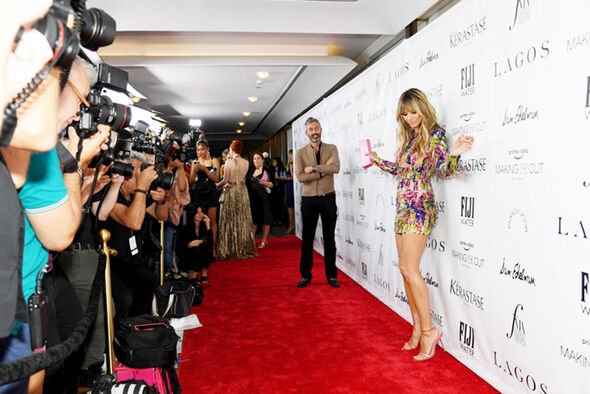 Heidi Klum put on an animated display for the cameras

To top off her look, Heidi toted a shimmering hot pink clutch and slipped into a matching pair of strappy heels. 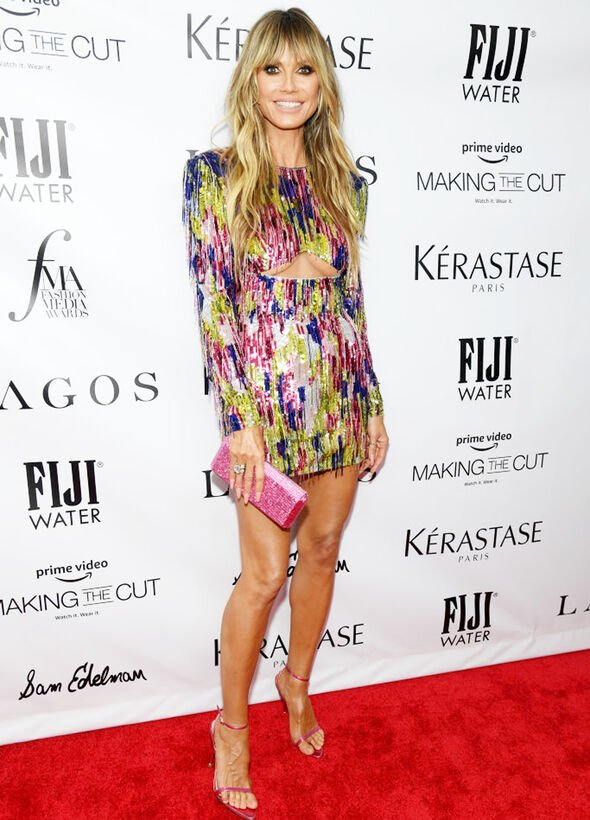 Heidi Klum is a German and American model, television host, producer, and businesswoman. 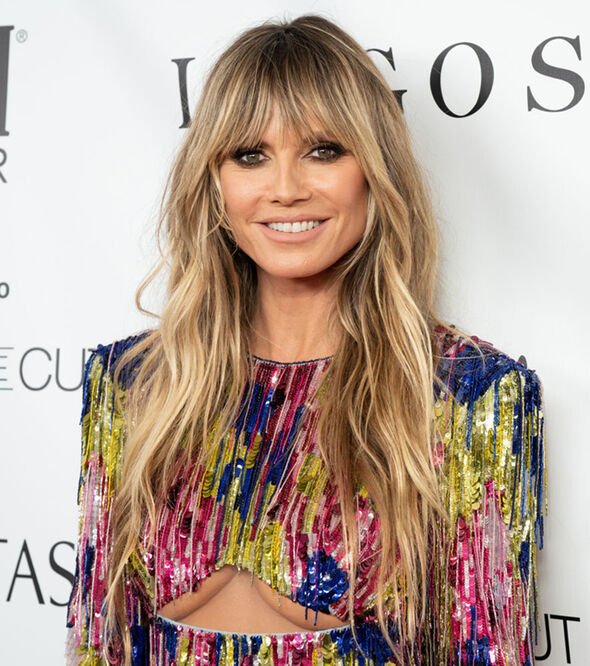 She appeared on the cover of the Sports Illustrated Swimsuit Issue in 1998 and was the first German model to become a Victoria’s Secret Angel. 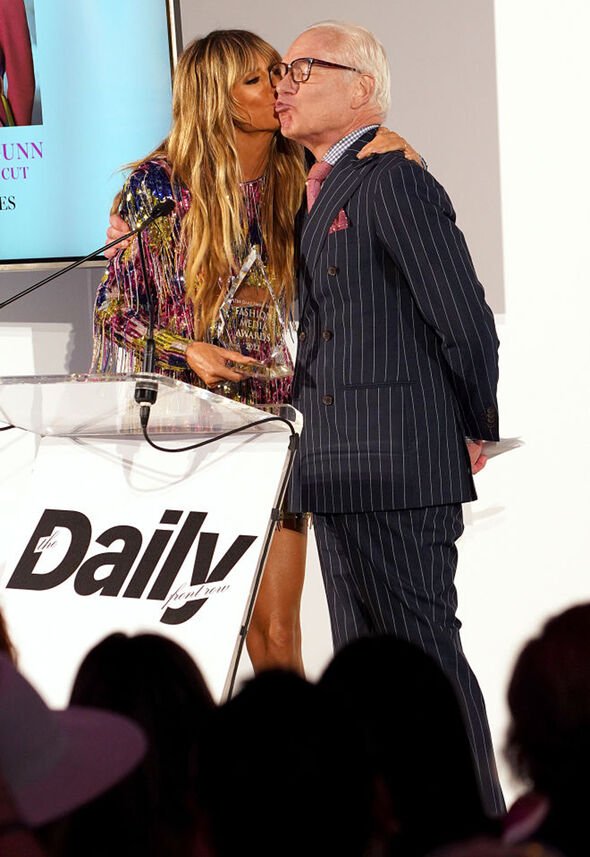 Heidi was later joined on the red carpet by her long-time pal Tim Gunn, 69, as they held hands and shared a kiss. 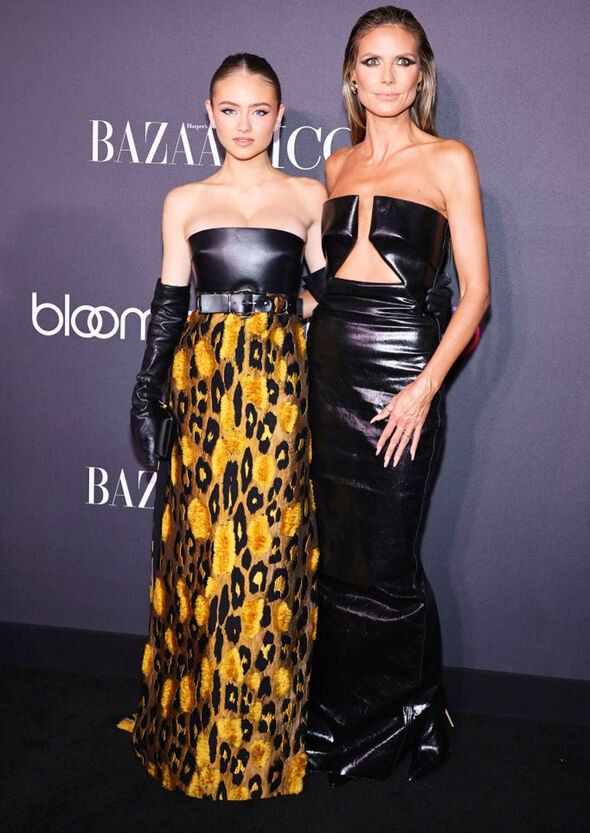 Heidi Klum was recently joined by her daughter Leni Klum